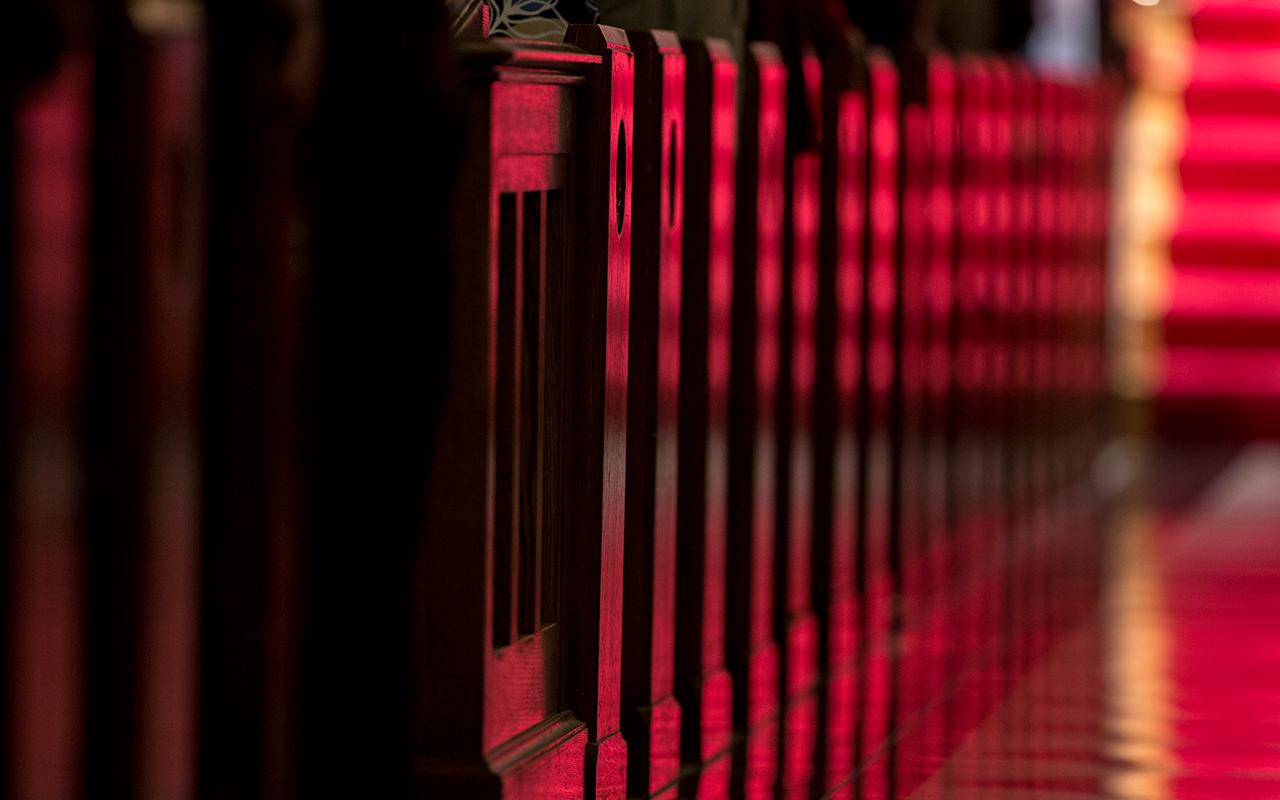 A Golden Age for Christian Colleges?

Are Christian colleges uniquely positioned to revitalize our nation’s intellectual life and contribute to cultural bridge-building in this era of political and social polarization?

If you ask Christian scholars, this would seem to be the case.

In Inside Higher Ed, Tal Howard argues that America’s Christian colleges and universities “are now well positioned to save not only liberalism from self-parody but also conservatism from the maw of populist demagoguery.” And in a bold assertion (recently quoted by my own college president), Baylor historian Thomas Kidd claimsthat “Christian colleges may be the best educational institutions today for fostering real political diversity.” This is the case, Kidd contends, because “if Christ is the center of a Christian university, that commitment can open the door for a real range of views on politics, because politics becomes a second-order priority.”

Two decades ago, I remember hearing a similar sentiment expressed by my graduate advisor, George Marsden. (Not coincidentally Kidd’s advisor as well). Having studied and taught at an array of secular and religious institutions, Marsden noted that the intellectual engagement at Christian colleges could be more rigorous because the foundational faith commitments faculty held in common provided a starting point for shared disciplinary and interdisciplinary quests for understanding.

I was happy to hear this, since I was coming from a small Christian undergraduate college, and I harbored fears that I had been intellectually sheltered. In some ways this was true. I had never, in fact, read a book in women’s history (now my area of specialty) before arriving at graduate school. Come to think of it, I never even had a female professor until my Ph.D studies. (Nor, if I recall, did I study under a person of color at the undergraduate level).

But I learned a lot of other things—how to think critically within a religious tradition, and about the perspectival nature of knowledge. I took courses on Calvinism, dug deep into the Reformed philosophical tradition, and learned how to apply Dooyeweerdian categories to “every square inch” of God’s creation.

In some ways my college did feel like an enclave of sorts. It was a tight-knit community of religious and cultural outsiders, located in the middle of Iowa corn fields. But my education wasn’t entirely inwardly focused. My intellectual training instilled in me the confidence (hubris?) that the wisdom I was gleaning from this distinctive religious and philosophical tradition would position me to speak into the most critical questions of the day.

Now I teach at a Christian college, and, like many of my colleagues, I find myself reconsidering the role of Christian higher education in the midst of this political and cultural moment.

I agree with other Christian scholars who insist that our schools can play a critical role as mediating institutions. Very few of us inhabit undisturbed “bubbles.” We have a foot in the secular academy, and in the Christian subculture. We are fluent in discourses of the liberal elite, and of the local church. Many of us hail from Red States or rural America, even as we participate in global academic networks. In many ways we are uniquely positioned to address an increasingly polarized culture.

Many professors at Christian colleges already have a strong track record of doing public scholarship. Some, like John Fea and Jamie Smith, to name just two, regularly reach audiences within and far beyond their faith communities. And many other Christian college professors do the hard work of public scholarship with less fanfare, at the local level. At many Christian colleges, scholarship that serves the church “counts” when it comes to tenure and promotion. At my own college, we regularly receive invitations to publicize campus events in area church bulletins. We speak in local churches and write in church publications. We regularly host events and speaking series (like the January Series and, more recently, Just Citizenship) that reach our local and church communities and large alumni networks. In a multitude of ways, faculty and staff members at Christian colleges provide leadership in their churches, from the local to the national level, bringing their scholarly expertise to a wide array of issues.

But before we become too self-congratulatory, I think we would do well to ponder our strengths and our weaknesses, and to consider how our institutions of Christian higher education might better position themselves to play this critical mediating role.

First, let’s talk about diversity of perspectives, political and otherwise. Yes, at a time when conservative views may be marginalized on some college campuses, Christian colleges can offer vibrant spaces where conservative and liberal voices are respected and tested, where we are engaged in a pursuit of truth that ultimately transcends parochial and partisan divides.

But is this in fact the case at Christian colleges?

I’ve recently had conversations with some conservative scholars who have found that, even on Christian college campuses, their ideas can quickly run afoul of the “truths” of liberal academia. Some have reported being “blacklisted” by colleagues for espousing ideas that run counter to reigning secular ideologies. For Christian colleges to provide spaces of discourse, faculty themselves must be committed to modeling honest, probing, and gracious discourse across political and ideological divides.And of course it’s not just up to faculty to preserve a space of open discourse. We also need to confront the fact that Christian colleges place their own limitations on the views faculty can express. Christ may be at the center of a Christian university, but every institution defines its outer boundaries. Generally those boundaries don’t involve party politics, but cultural politics are fair game. Sexuality and sexual identity are often deal-breakers, though views on creation and evolution and on an array of theological issues can place one outside the fold at many Christian colleges.

Christian colleges have always held religious identity and academic freedom in creative tension. But if we take our calling seriously to serve as mediating institutions, as sites of critical, creative, and informed discourse, then it may be appropriate to reconsider how we hold these in balance.

Take, for instance, the hot-button issue of sexuality. Is it essential for Christian colleges to hold faculty and students to clear-cut statements on same-sex relationships, and to discipline those boundaries vigilantly? Or might a college interpret its role as providing an all-too-rare space for critical and rigorous investigation of all angles of the topic? An open, faith-based investigation that, ultimately, might be of far more service to the church (as an institution and as a community of believers) than setting boundaries of inquiry.

Would loosening these boundaries imperil the religious identity of an institution? Or, might there be better ways to foster and sustain a vibrant religious institutional identity, an identity that has integrity because the focus is on Christ at its center, rather than on determining precisely where the external boundaries ought to be drawn, and redrawn, ad infinitum?

And how committed are Christian colleges to creating and sustaining spaces of vibrant public scholarship? To begin with, at a time of budget cuts, do colleges place a priority on faculty research? And, how courageous are our institutions in fostering an environment that encourages, rather than stifles this work? If, as Scott Culpepper asserts, Christian scholars are indeed called to be “a subversive influence,” then we are bound to ruffle some feathers. Chris Gehrz, too, calls upon tenured faculty to use their freedom “in ways that might raise the hackles of trustees, alumni, donors, and sponsoring churches.” Are our institutions poised to support academic rabble-rousing? Even the strongest statements on academic freedom may wilt when angry donors come calling.

Rather than waiting for a crisis to present itself, how can Christian colleges better situate themselves to embrace this opportunity? How might we articulate this vision to donors and trustees? By leading with this vision—a courageous vision rooted in faith traditions but oriented outward—could we create a culture where dissent is welcome, and controversy anticipated? But one that also models a counter-cultural civil discourse marked by honesty, humility, and empathy?

It will take practice, and we won’t always get it right. But with a commitment up front that informed, faith-based, critical inquiry is what we do, we may find our work easier to defend when controversy inevitably arrives.

And perhaps we can find new stakeholders willing to buy into this intellectual endeavor. If we are right that Christian colleges play a unique and perhaps indispensable role in building bridges in an increasingly polarized and dysfunctional society, we should be able to convince others who care about the future of American democracy to contribute to this project.

We should also consider if our current intellectual communities are up to the task of addressing our most pressing challenges. We need to confront the fact that most Christian colleges, my own included, are historically white institutions. Over the past couple of decades our student body has become increasingly diverse, both in terms of North American minority populations, and in terms of a growing international student body. But this diversity has not, by and large, extended to the faculty.

Yet the problems facing our nation and our world, the American and the global church, are not necessarily questions that white American Christians are best situated to address—at least not in isolation. If, then, we want to claim that Christian colleges are uniquely positioned to speak into the vital questions of our day, we need to interrogate who “we” are. We need to confront the fact that our own institutional cultures, hiring practices, faculty requirements, and sometimes white ethnic identities inhibit our authority and our ability to address the key challenges facing the church and the nation.

Ultimately, I do think that Christian colleges are uniquely poised to speak into this moment. And I think we may well be on the cusp of intellectual, spiritual, and institutional revitalization. But I think we would do well to consider precisely how we, as institutions of Christian higher education, embrace this moment.

Each Christian college is situated differently, and there’s not likely to be a one-size-fits-all model going forward. Nor should there be. But this seems a prime moment to reassess our missions and step forward with courage and conviction.