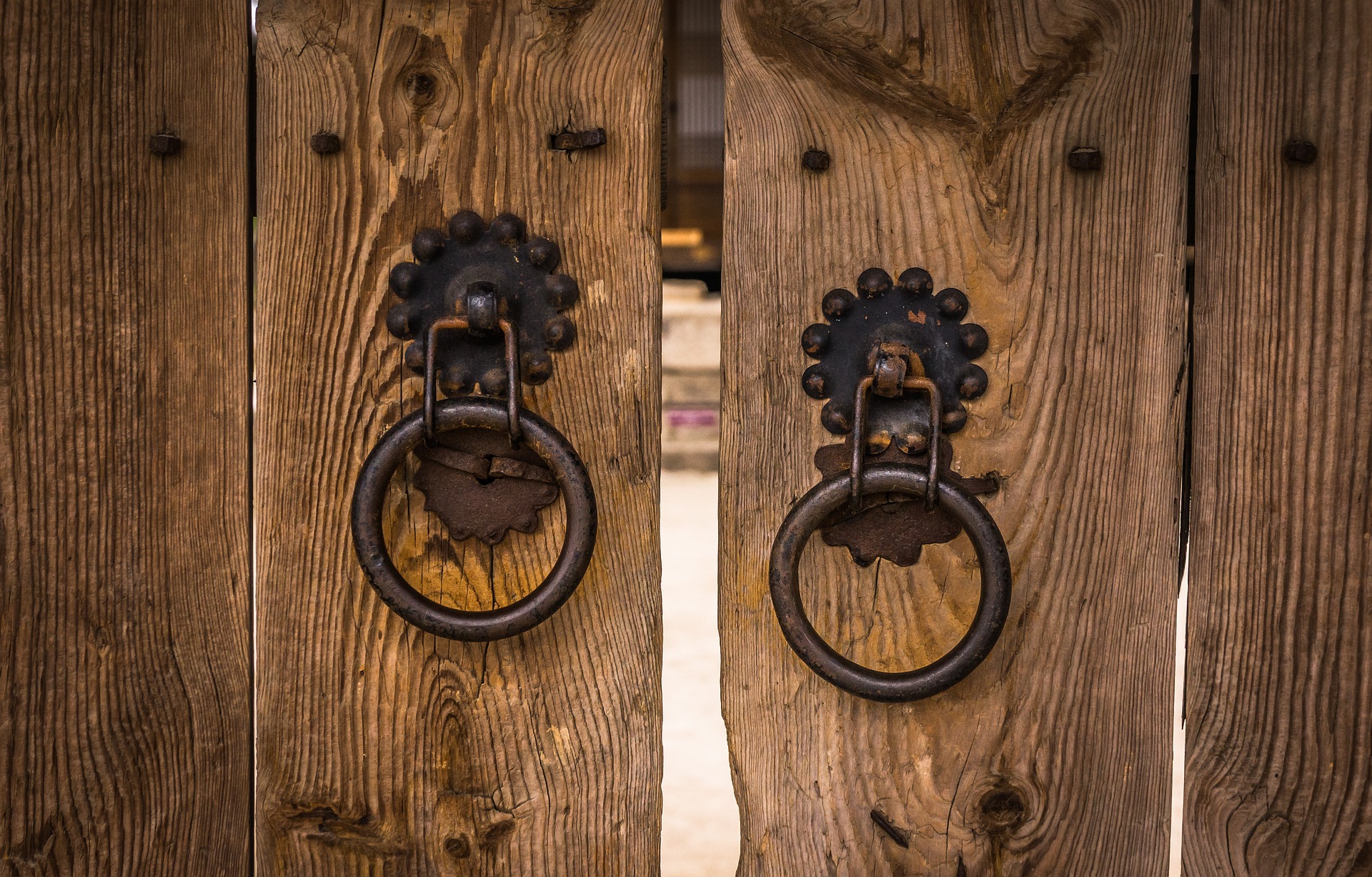 Evangelicals: The Problem with Insider History

‘Twas the evening of November 7, 2016, when then-candidate Trump descended upon my hometown of Grand Rapids, Michigan. I didn’t attend the rally. That afternoon I’d been a few miles away at Hillary Clinton’s last-minute campaign event. I’d brought my daughter, thinking it might be a historical moment in the making. It did, of course, turn out to be a historical moment, but not in the take-your-daughter-to-a-campaign-rally sort of way I’d imagined it to be.

Trump ended up winning Michigan by the narrowest margin in the history of the state’s presidential elections—edging out Clinton by 10,704 votes (.23%), a key win that helped him secure the presidency. (Perhaps not coincidentally, NBC has just declared Grand Rapids’ Kent County “the most important 2020 presidential battleground.”)

A few days after the election, I found myself processing the results as a guest lecturer in a class of honors students at Calvin University. It was there that I heard a student share the story of his experience at the Trump rally, a story that has stayed with me over the past three years. Let’s call him “Brandon.”

Brandon had gone to the rally with friends, as part of a class assignment. He was no Trump supporter. As a curious, attentive observer, he was surprised by his initial impressions. He’d heard a lot about Trump’s bigotry, his crudeness, his crassness. Yet here he was, surrounded by supporters who exhibited none of these traits. They were kind, friendly people. The older men in particular “took him under their wing.” The media, it seemed, had been getting things wrong. Trump supporters weren’t backward or bigoted. He could see with his own eyes that these were good, honest, salt-of-the-earth types.

His friend “Ashley” was there, too. Together with Brandon, she was interviewing attendees to get a sense of their values. She noticed that people they interviewed tended to direct their answers to Brandon, even when she asked the questions, but she didn’t think much of it. However, as she was walking back to her place in line, a short distance from Brandon, she heard a comment directed at her: “Go back to your country and stop taking American jobs.”

Brandon, by the way, is white. Ashley is Asian American.

As both Brandon and Ashley reflected on the comment a week out, it was Brandon who seemed most clearly shaken. It wasn’t just the bigotry that called him up short. It was also the fact that, had Ashley not been there with him, he never would have glimpsed that bigotry. In fact, he would have argued with certainty that Trump supporters weren’t bigoted, that they were deeply misunderstood by a media inclined to fall back upon tired stereotypes. He would have defended their generosity, their kindness, their integrity. He had, after all, seen it with his own eyes.

The purpose of this opening narrative isn’t to paint all Trump supporters with broad brushstrokes of bigotry. The point isn’t even to say much about Trump supporters, directly. Rather, it’s the interpretive shift that Brandon undertook upon hearing that comment that warrants reflection—a comment he would not have heard if Ashley had not been present.

This month a new book released that’s garnering some attention:  Evangelicals: Who They Have Been, Are Now, and Could Be. The book is edited by Mark Noll, David Bebbington, and George Marsden, and published by Eerdmans. Including 19 brief essays, the book provides an array of perspectives on the history of American evangelicalism. Heath Carter offers a hearty endorsement: “Those looking to get their bearings in the bewildering, decades-old debates over the meaning of the term ‘evangelical’—debates which have only intensified in the wake of Donald Trump’s election—should start here. Bringing together classic and new perspectives from leading scholars in the field, the editors have created an invaluable resource, one that sheds welcome light on a subject that too often generates only heat.”When I posted a link to the book and a sampling of several essays on twitter, many scholars expressed their excitement for the volume: “Only Noll, Marsden, and Bebbington could herd this collection,” enthused one. The announcement was not without its critics, however. “I’m honestly getting tired of Christian academic books with no women’s names on the cover. Hey Eerdmans, we’re done with having a token woman’s article inside. Put women’s names on the cover.” This comment, in turn, garnered some derision on another social media platform: “Local homo sapien objects to the editors of a volume being identified as the editors of the volume they’ve edited.”

As one of the female authors included in this collection, I’d like to suggest that both the critic and critic’s critic have a point. Of course there’s nothing wrong with placing editors’ names on the cover of a book. Marsden, Noll, and Bebbington comprise an illustrious group, to be sure. Together, they’ve been instrumental in shaping an evangelical school of historiography, influencing in powerful ways how evangelicalism is studied and conceptualized today. And yet, the original critic is also right. The fact that three white men are seen as the obvious choice to put together a volume such as this is revelatory of the field itself. White evangelical men have played an outsized role in writing the history of American evangelicalism. As historian Janine Giordano Drake noted, it is likely that the critic was suggesting that there are women—women writing essays—who are currently shaping the field, yet white evangelical men remain the “gatekeepers.”

Is this a problem? Certainly, insider histories are valuable. And they are certainly not necessarily inferior to critical outside perspectives. (Indeed, each of these authors might well be considered “critical insiders.”) Insiders can bring a sophisticated understanding to theological nuances, and they have access to backstories and drama outsiders may not be privy to. They often bring a passion to their work and speak both to and about the communities they study. The problem, it seems to me, is when insiders become gatekeepers. When insiders position their narrative as the authoritative narrative. The array of essays included in this volume suggests that the gate here is a relatively wide one. And yet, the vast majority of the essays are written by white men. Many by white evangelical men.

What difference does this make? Another critic on twitter added that although he was excited to read the volume, he was “disappointed that there’s nothing on LGBTQ+ issues.” It was, he thought, “a bit of a loud silence.” He’s right.

Although my own essay (“Donald Trump and Militant Evangelical Masculinity”) focused on gender, very few of the other essays did. Gender and sexuality are key to the ways in which people experience evangelicalism, yet these topics receive but a passing mention here. For many of the authors in this volume, other factors, it seems, are more central to understanding evangelicalism. Decentering gender and sexuality may seem logical to those who define evangelicalism as an intellectual or doctrinal tradition, and perhaps particularly for those who do not run up against the boundaries around evangelical orthodoxy related to sex and gender—a luxury primarily afforded to white heterosexual men. For women, for LGBTQ+ individuals, it is hard to ignore the centrality of gender and sexuality to evangelical identity.

And then, of course, there is the question of race. Jemar Tisby has an excellent essay in the volume, “Are Black Christians Evangelicals?” But for authors who (rightly) emphasize the global nature of a certain “evangelicalism,” more attention to differences across evangelicalisms would be helpful. As would more attention to the whiteness at the heart of the dominant strand of American evangelicalism today. This sort of a project may well require a more diverse assortment of authors who have eyes to see things that insiders might remain oblivious to.

Am I advocating a postmodern project? Perhaps, but I like to think this is simply good historical research. Bringing multiple voices into this conversation and being attentive to our own positionality as scholars doesn’t mean that each perspective must be equally authoritative. Rather, each should sharpen the other, enriching narratives, revealing blind spots, revising conclusions. This applies also to gatekeepers. The ultimate goal, it seems to me, shouldn’t be replacing one authoritative narrative with another. Rather, the goal ought to be a more dynamic one, a conversation that continues to reassess new perspectives and rethink once dominant ones. In that regard, this volume is a place to start the conversation, but certainly not the final word.