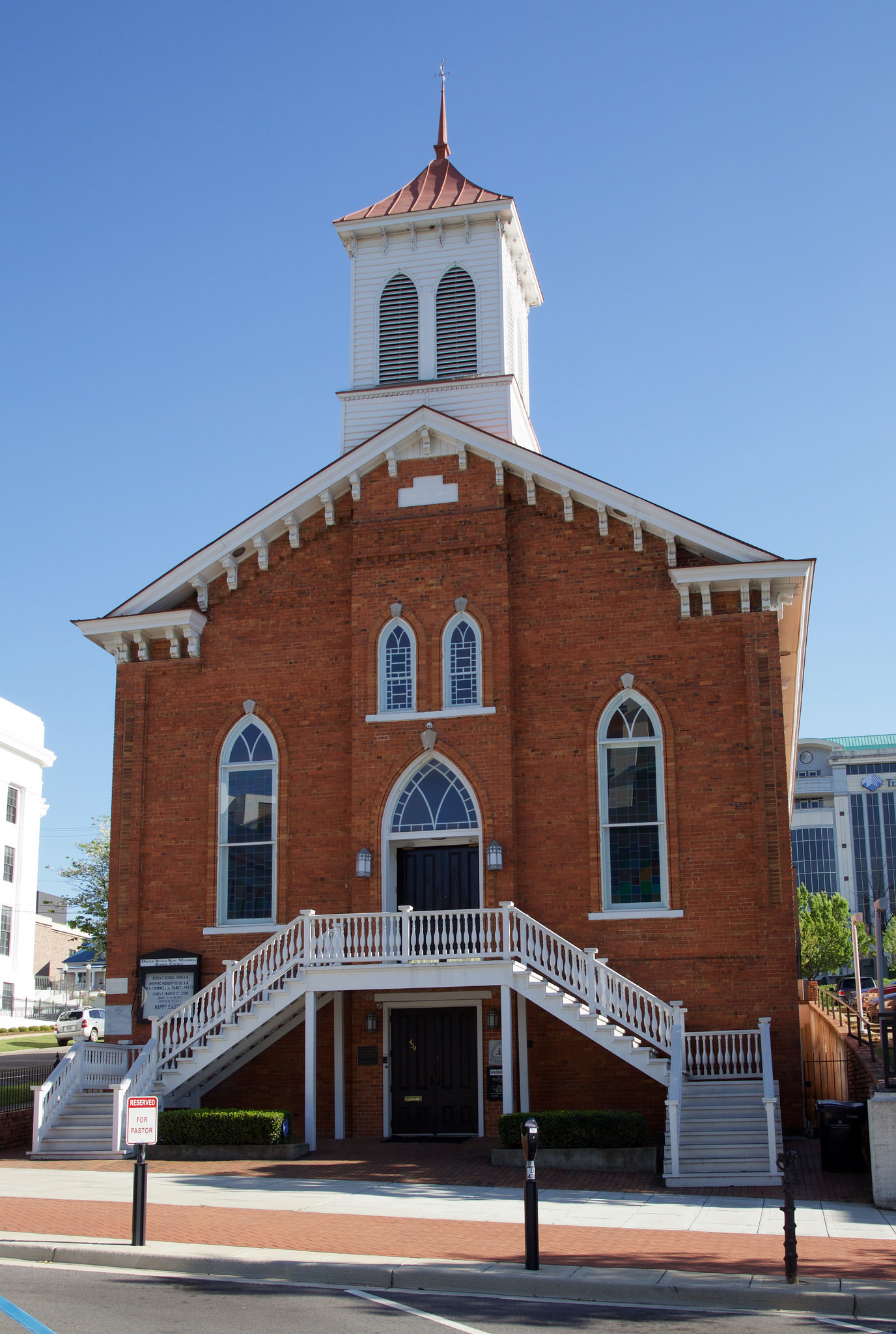 Gordon Wood on Bernard Bailyn: American Religious History and “An Honest Picture of the Past”

I wasn’t going to write on Gordon Wood and Bernard Bailyn. I’m not a colonialist. It’s been years since I’ve read their work, which in my recollection is far and away more brilliant than anything I’ve aspired to in my far more limited career. And after all, there’s something noble about a former student, illustrious in his own right, going to bat for his renowned mentor.

But ever since my social media newsfeed lit up with references to Wood’s February 23 Weekly Standard article, I haven’t been able to let it go. After all, what’s at stake here isn’t just colonial history, but American history more broadly. And I think the issues raised have special relevance to historians of American religion.

Here’s the gist of the argument. In a review of Bailyn’s latest collection of essays, Wood comes to the defense of his former teacher–strange as it may seem, since of course Bailyn has won not one, but two Pulitzer Prizes, a National Book Award, and a Bancroft Prize.

Yet despite this enviable collection of awards, Bailyn’s work has of late met with criticism among academic historians. Wood chalks this critical reception up to the “changing fashions of academic history-writing.” As he puts it, “It’s as if academics have given up trying to recover an honest picture of the past and have decided that their history-writing should become simply an instrument of moral hand-wringing.”

What sort of moral hand-wringing? The obsession with “inequality and white privilege.” As Wood explains, “the inequalities of race and gender now permeate much of academic history-writing, so much so that the general reading public that wants to learn about the whole of our nation’s past has had to turn to history books written by nonacademics who have no Ph.D.s and are not involved in the incestuous conversations of the academic scholars.”

On the one hand, I can sympathize with some of what Wood is saying here. It’s true that historians often steer clear of offering sweeping narratives. At the graduate level, students must first demonstrate mastery of a wide range of complex historiographical arguments, plausibly employ sophisticated methods of analysis, and exhibit fluency in highly specialized vocabularies. Thanks to the peer review process, together with the need for untenured faculty to demonstrate their credentials when they come up for review, these expectations have helped define enduring professional standards.

I don’t see this trend, however, as the exclusive terrain of historians focusing on race and gender. Yes, methodological sophistication is expected in these areas, but it seems to me that one can find “incestuous conversations” among historians in any number of fields.

As Wood makes clear, Bailyn has long been interested in the origins of the American nation. But Wood suggests that “a new generation of historians is no longer interested in how the United States came to be,” a question which in and of itself strikes this generation as “inherently triumphalist.” Instead, these historians have devoted themselves “to isolating and recovering stories of the dispossessed: the women kept in dependence; the American Indians shorn of their lands; the black slaves brought in chains from Africa.” As a result, Wood argues, much of this history “is fragmentary and essentially anachronistic—condemning the past for not being more like the present. It has no real interest in the pastness of the past.”

And this is where I find it difficult to accept Wood’s critique.

You see, I regularly teach social and cultural history to undergraduates. On day one I warn students that they’ll be encountering a new vocabulary, and that they should expect to find it disorienting for a time. But I assure them that as we learn some of that vocabulary together, they’ll find that they’re able to ask new questions about the past, and, ultimately, to think new thoughts about the present.

As I embark on this journey with students semester after semester, I see that what first seems like insider language (incestuous, if you will), soon begins to open up for students fascinating insights into the past—offering them glimpses not only into what has happened in various times and places, but also into how things happened—revealing, in essence, “the pastness of the past.”

How, for example, did shared practices of patriarchal authority unite white men across classes in the antebellum South? How and why did early-twentieth-century African American women have access to political authority in a way that men in their communities did not? And how do these questions ultimately change our understanding of political history, and how we might study it?

True, this sort of history doesn’t always make for armchair reading. But it can lead students to a more profound understanding of the past on its own terms. And of the present. It is worth noting, however, that connections to the present are not simplistic ones. There is rarely a straight line from past to present, certainly not one that can be characterized by a simple story of “oppression.” Rather, the complexities of the past open up new questions to ask of the present.

To be frank, when I read histories of race and gender, they don’t seem to be full of moral hand-wringing. Nor are they looking to condemn those in the past for not living up to present-day standards. Instead, they seem to be guided as much by curiosity as by a quest for justice—how did things happen the way they did? While oppression is often present, context is absolutely critical in understanding how power has been exercised, and how it has been resisted. In fact, historians of race and gender, while attuned to multiple forms of oppression, are acutely interested in their subjects’ agency.

Here, Wood’s grammatical use of the passive voice is revelatory: “the women kept in dependence; the American Indians shorn of their lands; the black slaves brought in chains from Africa.” Even in this context, one could make the argument for their centrality to the American story; but when women, people of color, non-elites are instead situated as agents—as historical actors actively shaping their own history, and in turn the history of their nation—it becomes much harder to exclude them from any “honest picture of the past.”

Perhaps what we need are not fewer books about “the oppressed,” but more books that position members of these groups as central, and not marginal, to our grand narratives. The best histories of race and gender do just that, demonstrating how we must change our narratives. Granted, many do so in a way that is not readily accessible to non-specialists—but surely one can point to traditional intellectual, political, and religious histories no more accessible to general readers. Yet any narratives situating once marginalized historical actors at the center of things will assuredly be indebted to the careful work done in these specialized subfields.

My own area of study, American religious history, seems especially poised to take up the challenge to rethink our narratives. It’s been almost two decades since Ann Braude made the case that “Women’s history is American religious history” (in a volume fittingly titled Retelling U.S. Religious History), and maybe it’s time we once again take that statement, and its inverse claim, to heart. Yes, there are power imbalances, and yes, you’ll find “oppression.” But women have numbers on their side, and most religious histories about women (admittedly, still a small fraction of religious histories) do not so much lament women’s marginalization as demonstrate their rightful place at the center of our narratives.

The case may be even easier to make when it comes to African American history (or Latino history, for that matter) and American religious history. The more I study the history of American Christianity, the more I think that the majority of our narratives have it wrong. By placing white Christians at the center, and relegating all others to the peripheries, I think we’ve inverted the proper order. We need to tell new stories, rediscover “the pastness of the past,” if you will, and be willing to adjust our categories, and our narratives, accordingly.

Historians of Christianity, after all, aren’t talking in teleological terms about the founding of a nation. We’re talking about the history of the followers of Christ, of a suffering servant who called his followers to take up their cross. What would American religious look like if it focused less on those who have wielded the most “worldly” power, and more on “the least of these”—on those who have taken up that cross, on those who articulated a prophetic voice even if that voice led to their alienation, on those who might not have filled prominent pulpits, shaped esoteric theological debates, or hobnobbed with presidents.

When I shared this vision a while back with a colleague, he quipped: “Yeah. And how would this narrative be any different from a plain old history of African American Christianity?” Right. That’s pretty much the point. It’s not that white folks, prominent preachers, or elites of one sort or another wouldn’t find a place in this narrative—but they may not find themselves at the very center of things at every twist and turn.

And so, yes, let’s write more sweeping narratives and just plain good reads, leaving less of a vacuum for Glenn Beck and Bill O’Reilly to fill. But in our quest for “an honest picture of the past,” let’s also be willing to re-center those narratives. And it seems to me that historians of American religion are positioned well to do both.