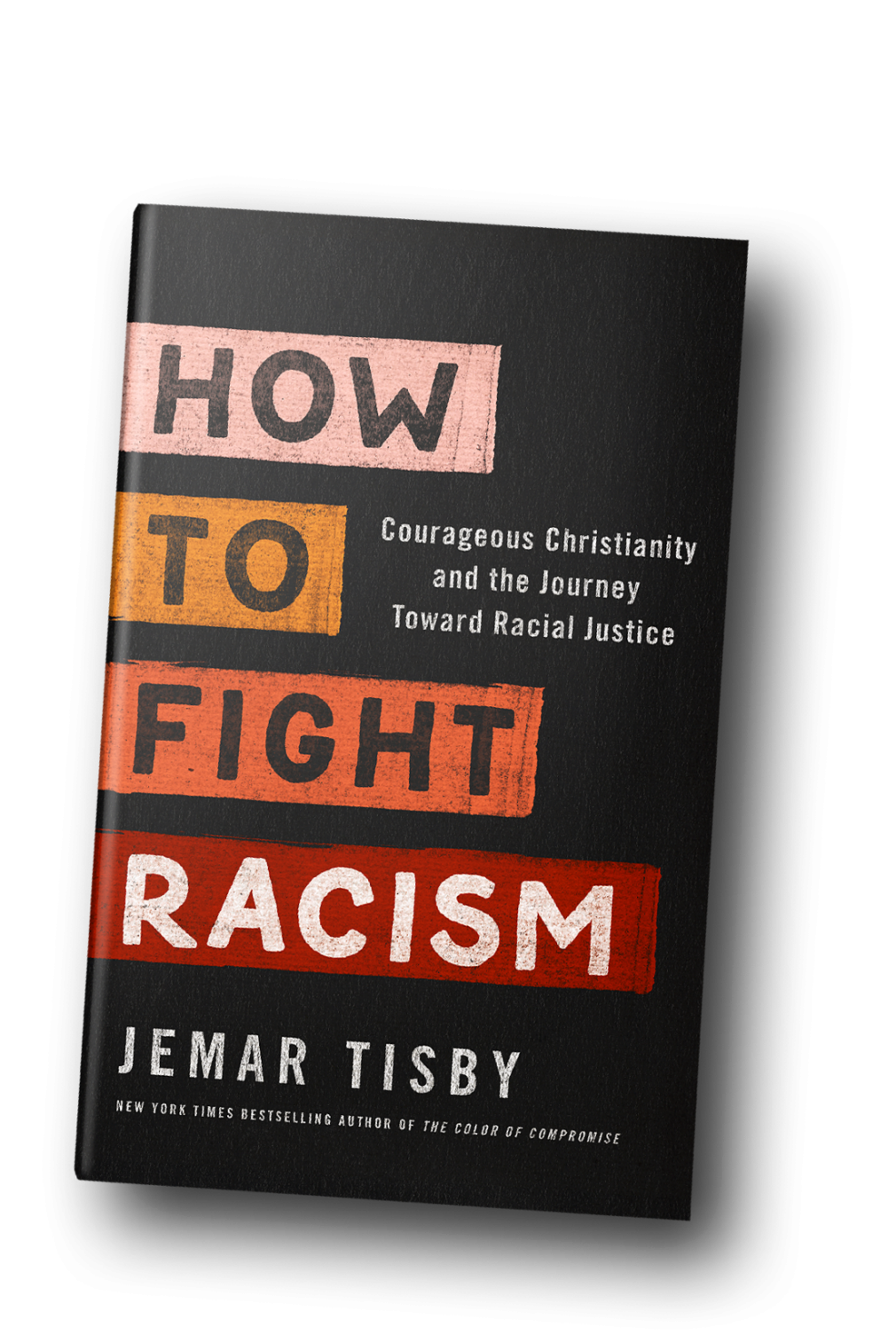 Jemar Tisby’s How to Fight Racism

Jemar Tisby has a new book out this week, How to Fight Racism. Is it any good?

I first met Jemar Tisby at an academic conference, long enough ago that I can’t even remember which one. By that time, I already knew of Tisby through his online writing at what was then called the Reformed African American Network (RAAN, which has now transformed into The Witness). The organization’s name had originally caught by eye. Having grown up in a largely (really almost exclusively) white corner of Reformed Christianity, I was eager to listen to the voices of African Americans working within the tradition. I was very quickly won over by the historical and moral clarity that Tisby and fellow writers brought to conversations around race and American Christianity. Tisby was still finishing up his graduate coursework in history at the University of Mississippi, but academic history was a second career for Tisby. When I heard Tisby speak at the Conference of Faith and History held at my own Calvin University back in 2018, he recounted his conversion experience. He had been working as a school principal when Ferguson erupted after the fatal police shooting of Michael Brown. In the aftermath, as he sought to understand the events of that day and various responses, he noticed that it was the work of historians that brought him the most clarity. This observation is enough to warm the heart of any historian. The truth is, many of us took up this profession because we share the same conviction. History matters, and knowing that history gives us power to shape the present. Or at least it gives us a fighting chance.

I was thus excited to hear that Tisby was working on his first book, The Color of Compromise, and I was honored when I was asked to endorse the project. But to be honest, I was also a bit nervous. Anyone who has been asked to blurb a much-anticipated book can probably relate. I fully expected the book to be as brilliant as his online writings, but there is always the possibility that a book-length project comes up short. Moreover, I knew that Tisby hadn’t yet finished his Ph.D.—he had in fact set aside his dissertation research briefly to write The Color of Compromise. But the book was a historical survey of “The American Church’s Complicity in Racism,” and although credentials aren’t everything, I know from experience that not everyone who sets out to write history succeeds. And so it was with relief that I opened his manuscript too see, on page after page, not only solid historical writing, but a historical narrative that was beautifully constructed, meticulously documented, and compellingly framed, one that achieved its purpose with admirable lucidity and undeniable power. I wasn’t alone in this assessment, and the book was widely read by scholars and laypeople alike. It was in many ways a remarkable accomplishment.

This past summer, another police killing of a Black man, George Floyd, again drew the nation’s attention to racial violence and systemic injustice. The Color of Compromise had always been deemed relevant and important, but the urgency with which Americans—and many American Christians—asked how things had come to this point had never been greater. Overnight, Tisby’s book became a New York Times bestseller.

For me, this was one of the highlights of 2020. Despite everything, the fact that tens of thousands of American Christians were reading Tisby’s book was something that I thought might have enduring consequences. I watched as another friend’s book, Austin Channing Brown’s I’m Still Here, also shot up the bestseller charts, and reflected on how the fact that both of these books were on the shelves of bookstores at just the right moment was the result of years of labor, of writing for an audience that was never guaranteed, of publishers investing in these works and their first-time authors, and of Tisby’s and Brown’s courage to tell hard truths with no assurances that people would want to hear them.

I’m not sure if Tisby had already planned a follow-up to The Color of Compromise before last summer, but if not, the sales of his book would have prompted any publisher to think of possibilities. How to Fight Racism is in many ways the perfect second act. The Color of Compromise awakened readers to the deep history not just of inequality, but of racism within American Christianity that perpetuates those inequalities. Now what?

I again had the privilege of reading Tisby’s manuscript. I no longer questioned whether he could write history, but I was curious how his talents and expertise would translate to a how-to guide. Cutting to the chase, I’ll share my endorsement:

Those recently awakened or reawakened to the need to pursue racial justice who find themselves wondering “what’s next?” will find the answer here. With authority, clarity, and compassion, Tisby invites readers of all races to join in a transformative journey of learning and doing, a journey marked by both resilience and hope. This is an invaluable book that points the way to deep and enduring change.

Tisby’s How to Fight Racism succeeds on every level. There’s only so much I could fit in the official blurb, so I’ll elaborate here.

Interspersed with poignant personal and historical stories, the book is a how-to guide that is rooted in both history and theology. The book is especially successful in breaking down damaging binaries (racist vs. nonracist, reading vs. doing). As I read, I admired how Tisby was able to address the book to readers who are white and to those who are not white. As a writer, I know that this is no small feat. He did this without resorting to anything approaching a both-sides critique, but rather in a way that presents racism as a problem that affects us differently, that we each participate in differently, but that ultimately must be solved together.

How to Fight Racism doesn’t shy away from the challenges we face in this endeavor, but it is not a dour book. I loved many things about the book, but I think my favorite section is the brief conclusion. “When I began intentionally dedicating my time, expertise, and energy to fighting racism, my life did not become easier,” Tisby acknowledges. “In many ways it became harder I opened myself up to arguments and attacks. Relationships became strained and some were broken. In paying closer attention to injustice and feeling the pain of it more acutely, I became in some ways like the ‘man of sorrows’ the prophet Isaih describes (Isa. 53:3 ESV).”

But Tisby doesn’t leave it at that: “…the travails of this journey of racial justice have brought me a deeper sense of three realities: God’s presence, the community of co-laborers, and my identity.” Like Fannie Lou Hamer, it was through the struggle that Tisby came to better understand God’s presence and sustaining strength. And even as his fight for racial justice has alienated some, it has also brought him into community with others: “My church now includes not just the people in my local congregation but the community of people across the country and even on different continents striving to love God and neighbor.” Moreover, he has learned things about himself, and here his self-reflection offers a model for readers: “I am far more fragile than I like to admit. I am subject to the same preconceived notions and judgmentalism that I decry in others. I get tired, frustrated, angry. I have also discovered reservoirs of previously untapped resilience.”

How to Fight Racism is not a book meant to induce “white guilt” or anxious handwringing. Lament is certainly appropriate, but the book is ultimately a work that prompts deep joy and resilient hope, and any enduring change will likely be fueled by both.