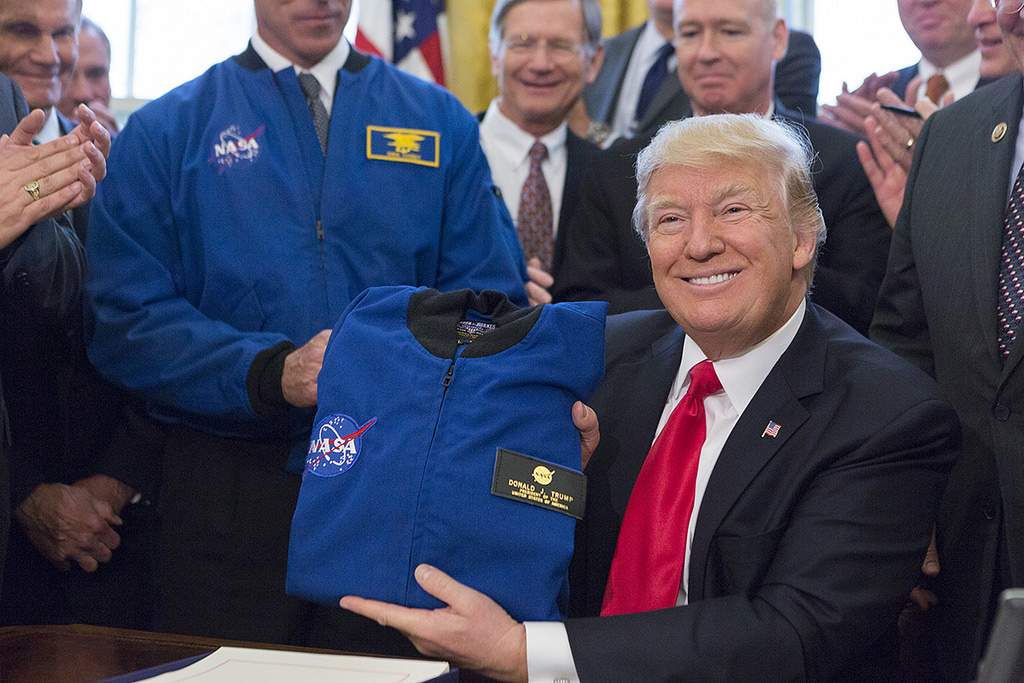 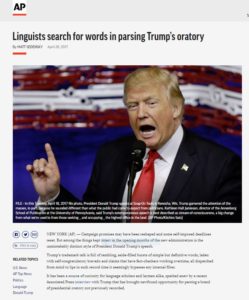 Campaign promises may have been reshaped and some self-imposed deadlines reset. But among the things kept intact in the opening months of the new administration is the unmistakably distinct style of President Donald Trump’s speech.

Trump’s trademark talk is full of rambling, aside-filled bursts of simple but definitive words, laden with self-congratulatory bravado and claims that have fact-checkers working overtime, all dispatched from mind to lips in such record time it seemingly bypasses any internal filter.

It has been a source of curiosity for language scholars and laymen alike, sparked anew by a recent Associated Press interview with Trump that has brought newfound opportunity for parsing a brand of presidential oratory not previously recorded.

Throughout Trump’s interview with AP, his remarks are littered with “verbal intensifiers,” in the parlance of Du Mez, chair of the history department at Calvin College. That means things like “very, very” and “many, many” or, the rare “super-duper.”

“I don’t know that any president has ever used ‘super-duper’ in his rhetoric before,” Du Mez said. Still, while she said the president is sometimes mocked for his elementary word choices, “In terms of oral rhetoric, you want a simpler grade level. That’s a more effective way to communicate.”