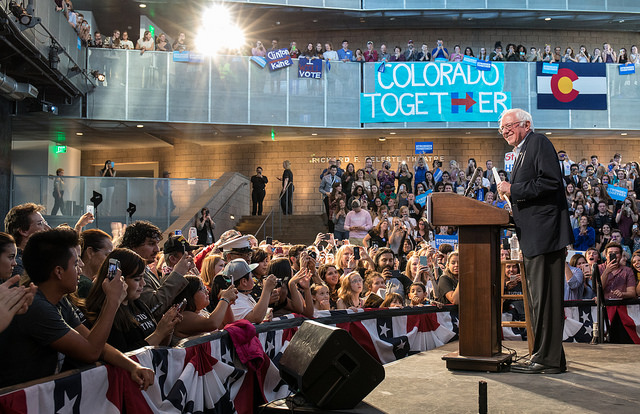 The Democrats Have a Religion Problem. But They’re Not the Only Ones.

So, you’ve probably heard by now: The Democrats have a religion problem.

In a New York Times op-ed, Williams identifies “a generational and racial divide between a largely secular group of young, white party activists and an older electorate that is more religious and more socially conservative.” The problem, according to Williams, is that “outside of a few progressive districts, secular-minded young activists in the party are unable to win voters’ trust.” Case in point? Ossoff, a young, secular, college-educated white activist who went down in defeat.

Williams rightly points out that the Democratic party has a more religious pedigree than many today might appreciate. He points to Martin Luther King Jr. and Reinhold Neibuhr as two of the more prominent social justice activists inspired by deep faith commitments. Eugene McCarthy and Robert F. Kennedy, Jimmy Carter and Jesse Jackson, Al Gore and Bill Clinton—all of these liberal politicians were practicing Christians, genuinely shaped by their respective religious traditions.

And then, of course, we have Hillary Clinton and Barack Obama. Despite copious rumors to the contrary, both are indeed committed Christians who can articulate, in eloquent terms, the many ways their faith shapes their personal and public life.

But, Williams argues, we now have “younger, secular Democrats” who are “attempting to separate their party’s progressive values from those religious traditions.” And this, according to Williams, “has posed a problem at the polls.” Why? It turns out “most Democratic voters are not as secular as these activists might assume”—particularly when looking at African American and Latino Democrats.

“The party is thus split between a minority of young, educated, secular white activists and a larger group of African-Americans, Hispanics and older whites whose political values are closely tied to their faith. No wonder candidates like Mr. Ossoff struggled to connect with key blocs of the Democratic coalition,” Williams asserts. (This may be some truth to this, but it does leave me wondering where a young, white, religious progressive like Rep. Joe Kennedy fits into this equation).

So, what can Democrats do to bridge the divide between young, secular party activists and the rest of the electorate?

Here’s where Williams starts to lose me.

To his credit, Williams concedes that Sanders’ “non-Christian background” may have diminished his appeal in the South, particularly among African Americans.

But then he goes on to suggest that Sanders “did what few other secular candidates have done: He won a sympathetic hearing from conservative evangelicals with a speech that gave a religious grounding for his economic views, complete with biblical citations.” When speaking at Liberty University, Sanders didn’t pretend to share his audience’s faith, Williams explains, but he did show his respect for that faith.

And so, Williams concludes:

“To do the same, secular Democrats need to study the religious language of Jimmy Carter, Bill Clinton and Barack Obama. They need to take the time to learn the religious values of their audience. They need to be honest about their own secularity, but acknowledge their debt to the religious traditions that have shaped their progressive ideology.”

“Only through a willingness to ground their policy proposals in the religious values of prospective voters will they be able to convince people of faith that they are not a threat to their values but are instead an ally in a common cause.”

This is all well and good.

Except that it seems to me that Williams is overlooking a few things.

Williams gives her a passing mention, placing her in the company of those old school, religiously inspired liberals. But then Clinton disappears from the narrative. Puzzlingly, it is Bernie Sanders, the most secular presidential candidate we’ve had in recent memory, who offers the way forward.

Yet, as Williams himself notes, Clinton “frequently cited her Methodist faith as a source of her values.” And she did more than that. Theologically literate, steeped in Bible knowledge (not to mention fluent in her books of the Bible), Clinton was more publicly and authentically religious, in word and deed, than her Republican opponent—by a long shot.

To be sure, she could have done more to appeal to religious voters—most especially, to white evangelicals.

She could have given a more thoughtful defense of her pro-choice position, explaining how, as a person of faith, she believed that access to abortion was a necessary (if lamentable?) right worth protecting. (She may not have won many religious conservatives to her side, but that position didn’t seem to stand in Sanders’ way, if Williams is correct.)

She could have tackled the question of religious liberty head-on. Rather than allowing her opponents to craft a narrative based on a quote taken out of context “proving” she had declared “war on religious Americans,” she could have articulated a more nuanced vision of religious pluralism balancing religious freedom and civil rights.

She could have accepted that invitation to speak at the University of Notre Dame.

In short, she could have made a stronger play for “values voters” of all stripes. (Perhaps she believed that Donald Trump’s character issues would do the job for her; hard to blame her for that miscalculation.)

Even as I recount these missteps—mistakes that materialize quite clearly in hindsight—I fear that this synopsis misses the real “religion problem” facing Democrats.

And it’s not only Democrats who should be concerned.

Because although Clinton could have done more to address the hopes and fears of faith voters—of conservative, white, evangelical faith voters, to be precise—it is worth returning to the point Williams glosses over: Hillary Clinton spoke regularly, and at length, about her Christian faith.

While Clinton was the first to admit she’s not a natural politician, she was visibly most at ease on the campaign trail when in the company of African American Christians.

Far from ignoring religion, she was explicit about how her vision for the common good—“stronger together,” if you will—was rooted in her Christian faith, and shaped by her Methodist upbringing.

Despite claims to the contrary, the Democratic Party didn’t present a secular front. If you tuned into the Democratic National Convention, you might have mistaken the gathering for a religious revival.

Clinton’s social justice Christianity did resonate with some people of faith, particularly with African American and progressive Christians.

But it was ignored, ridiculed, or dismissed outright by a large swath of white Christians. This despite the fact that her Republican opponent struggled to master the unfamiliar language of faith, spoke irreverently about God, felt no need to ask for forgiveness, and trampled over any semblance of family values. Yet this “baby Christian” was embraced by a remarkable number of “faith voters.”

The problem, then, is not so much that Democrats can’t or won’t speak the language of faith. But rather, that that language fails to communicate across the political (and, yes, racial) divide. Biblical teachings, theological commitments, and religious values have become so enmeshed with party politics that it has become impossible to speak a language of faith that transcends politics, and, perhaps ultimately, to communicate religious truths within as well as across political factions.

When politics trumps faith, the prophetic voice is silenced. Or rebuffed. Or ignored. And without the prophetic, religion itself becomes something else entirely.

This is the secularization that Christians ought to fear.

For Christians who lament the decline of religion in public life, the danger posed by any external threat pales in comparison to the threat looming within. By politicizing Christianity to such an extent, Christians have lost the ability to speak of faith on its own terms, to critique what ought to be critiqued both within and beyond their communities of faith, to challenge one another to be more faithful, and, ultimately, to bear witness to the faith they claim to hold dear. In doing so, they have inadvertently hastened the secularization of public life, and quite possibly of their own belief systems as well.

**Although I quibble with Williams’ interpretation here, I highly recommend his God’s Own Party: The Making of the Christian Right, and Defenders of the Unborn: The Pro-Life Movement before Roe v. Wade.