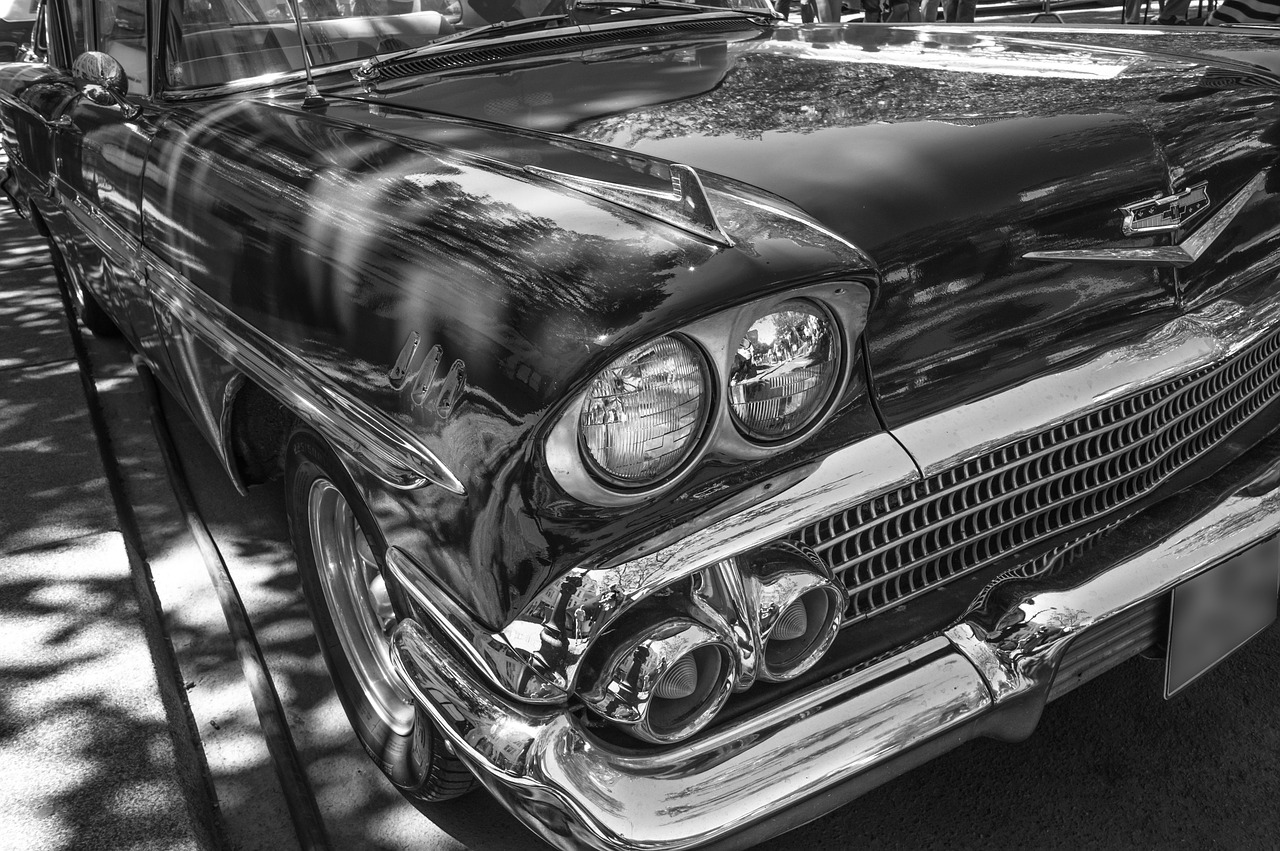 The Legislation That Made the Greatest Generation 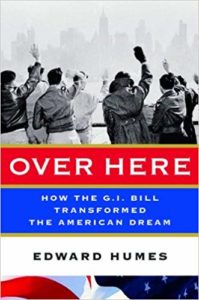 Over Here: How the G.I. Bill Transformed the American Dream

With its red, white, and blue cover and patriotic stars sprinkled throughout the text, Edward Humes’Over Here: How the G.I. Bill Transformed the American Dream appears to be yet another paean to America’s “Greatest Generation.” In many ways Humes’ stories of heroic American veterans defending their country and achieving the American dream reinforce popular myths of a lost age, a time when a sense of duty drove ordinary Americans to extraordinary deeds. But Humes, a Pulitzer Prize-winning journalist, excels at revealing to readers the unexpected twists and turns of history.

What made the World War II generation great, Humes argues, was not simply a sense of duty but rather a single piece of social legislation–the Servicemen’s Readjustment Act of 1944. The G.I. Bill not only transformed the lives of millions of Americans but also shaped the America we know today in profound and unanticipated ways.

During the closing months of the war the shadows of the Depression still loomed large. As millions of American men returned home to their loved ones and to a shrinking job market, policy-makers feared impending economic disaster. A “Pearl Harbor of peace, not of war” (12) was needed, but it was not at all clear what shape that intervention should take.

President Franklin Roosevelt, along with most Americans at that time, considered an excessive gap between the “haves” and “have-nots” to be anti-democratic and un-American. He hoped that the G.I. Bill would serve as an entering wedge for far more ambitious social legislation. But Roosevelt, the only person with enough political clout to implement such a plan, died before he could do so. The veterans’ benefits signed into law in the G.I. Bill would stand alone; even so, they would have a far more dramatic effect on individuals and the nation than anyone foresaw.

Americans who had never before dreamed of the prospect suddenly owned their own homes. Millions of acres of land were transformed into sprawling suburbs, permanently altering the American landscape. A generation of young men stormed college admissions offices, opening up new career opportunities for themselves and in the process democratizing the bastions of higher education. Through home ownership and education these veterans secured for themselves and their children the coveted ticket to middle-class existence.

But Over Here is also careful to point out the limits of this revolution. Despite a theoretical blindness to race and gender, the G.I. Bill’s benefits went disproportionately to white men at the expense of women and African Americans.

Although far more men than women served in the U.S. military in World War II–16,000,000 men versus 350,000 women–Humes contends that the legislation could have benefited women equally. Veterans qualified for the benefits whether they had seen combat or not; why not the 19,000,000 women who worked in the war effort on the home front? Female veterans who did qualify for G.I. Bill benefits often found that colleges gave preferences to male veterans, and they faced humiliating discrimination when applying for home loans. More than a third of returning servicewomen were not even aware that they were eligible for benefits.

Nonetheless, women were profoundly affected by the legislation. By generously subsidizing male veterans’ education, business, and home loans, the G.I. Bill made possible the iconic 1950s family, complete with its male breadwinner, female homemaker, and ever growing brood of children. Far from “the way things always were,” this golden age of family values was in fact based on a new institution made possible through massive social engineering and government largesse. And if women of the “Greatest Generation” needed to settle for secondclass citizenship, Humes notes that the next generation of white American women did not, for the daughters of veterans went off to college in equal numbers with their brothers.

For African Americans, however, the trickle-down theory did not apply. The G.I. Bill is frequently touted as color-blind legislation that provided unprecedented opportunities to veterans regardless of race, and Humes shows that many black veterans did indeed take advantage of its benefits. But they did so in a racially segregated society, and as a result, the Bill failed to produce the life-altering effects that it bestowed upon white veterans. Job placement officials channeled blacks into mostly menial positions. While on paper all veterans qualified for educational loans, many black veterans were discouraged from attending major universities. In the South, black vets were often denied admission to all but historically (and chronically under-funded) black colleges. As to home loans, the disparity between black and white veterans was striking. Contrary to Roosevelt’s intention, the Veterans Administration did not extend loans directly to vets, but merely served as a guarantor. Blacks often faced insurmountable odds as banks refused them loans (even with the government as cosigner), and redlining kept blacks from purchasing homes in many newly constructed suburban communities.

This racial exclusion was both deliberate and well planned, according to Humes. Cleverly couching their reasoning in terms of local control and states’ rights, Southern Democrats wanted to be sure that the administration of benefits remained in “safe” hands in order to maintain the old order. Tragically, they largely succeeded in excluding not only African American veterans but also, by ripple effect, their children and grandchildren from the monumental opportunities the Bill afforded their white counterparts.

Humes is not oblivious to the irony that, in an era dominated by staunch Cold War anticommunism, it was massive government assistance rather than free markets or the individual work ethic that opened immense wealth and opportunity to white American veterans. As their home equity grew, however, many of these vets became increasingly wary of “big government” solutions to social problems.

Yet the power of Humes’ critique is blunted by the narrative choices he makes: by the stories he chooses to tell, and even more by the stories he fails to tell. For instance, Humes frames the war stories of veterans almost exclusively in heroic terms, perpetuating the myth of World War II as “the good war.” Although the book occasionally intimates of war’s seamier side–with veterans struggling to adjust to peacetime existence, succumbing to nightmares and night sweats, and “even a few suicides”–this reality is glossed over by the “palpable sense that Americans, ordinary Americans, had done something extraordinary–had saved the world” (127). The soldiers in Humes’ book perform their role admirably, liberating German concentration camps and sparing the lives of German youths. Even the tragedies of war in this telling serve as springboards for triumph, both personal and national; nor, as Humes’ account of George McGovern’s wartime experience demonstrates, did the war’s tragedies have to be all that tragic in the end.

Even more significantly, Humes’ narrative choices fail to convey adequately how the G.I. Bill left people out. The vast majority of his accounts tell of white male vets who took advantage of the Bill and went on to become influential leaders in the fields of science, technology, and politics. When women appear, they are often supporting characters, wives gratefully assisting their husbands’ careers. Absent are accounts of women who ended up in unhappy marriages, who did not find fulfillment in their husbands’ careers, and who, at midlife, would desperately confront the “problem that has no name.” Even the chapter subtitled “Women and the G.I. Bill that Wasn’t” is framed by the story of Josette Dermody, a member of the Navy WAVES who, despite persistent sexism, managed to attend college on the G.I. Bill and forge a successful career. Missing are the stories of women who remained unaware or unable to take advantage of the Bill’s educational benefits, stories that would provide a powerful counterpoint to the inspiring tales of white male veterans.

Missing, too, are detailed stories of the African Americans who were denied access to educational and home loans. What alternative paths were left to them? And what would become of their children? Instead, we read of the exceptions to the rule, of people who beat the odds. Jackie Robinson makes a noble appearance, along with Monte Posey, a black man who overcame numerous obstacles in order to train as a pilot, attend college, buy a home, and begin a career as a police officer, eventually becoming an investigator for the Equal Employment Opportunity Commission.

In short, the stories that Humes includes in his book fit a common inspirational mold and subtly undercut his demonstration of the G.I. Bill’s inequities. Humes’ own conclusion echoes the refrain of many of the veterans he profiles, who long for another G.I. Bill to help a new generation of young people reshape America. But it would seem more pressing first to seek remedy for the shortcomings of the original Bill and to rectify the inequities that continue to reverberate throughout American society as a result of that monumental piece of social legislation.