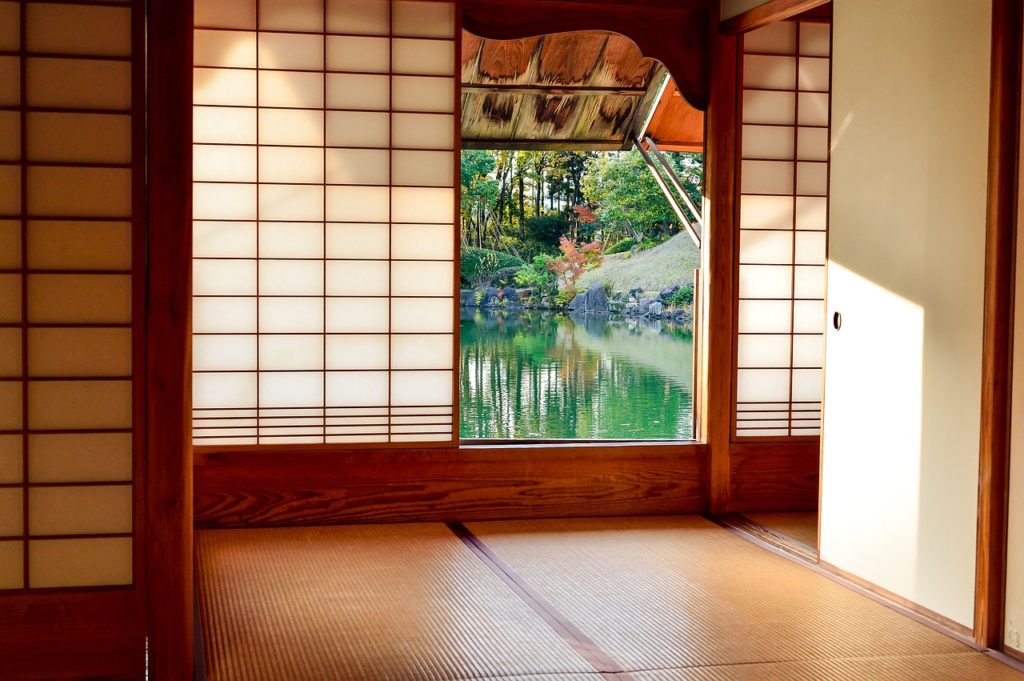 Burdens in Disguise: The Spiritual Magic of Tidying Up 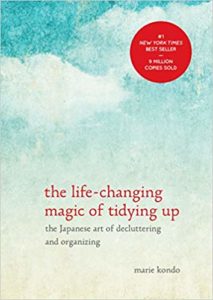 The Life-Changing Magic of Tidying Up: The Japanese Art of Decluttering and Organizing

Marie Kondo almost lost me at the socks. And that was before I’d even started.

But I decided to give the folding a try. And I was sold. So I tackled my closet. And then my kitchen. And then, yes, even my books.

Now we’re over halfway through Kondo’s “TheLife-Changing Magic of Tidying Up,” far enough along to start experiencing the magic.

I’ve always been an aspirational organizer. At the doctor’s office I’ll pick up the magazine that promises to reveal the secret to spring cleaning. Online I’ll click on the “10 tips to organizing everything” sidebar, knowing full well it’s probably just clickbait. I own more storage bins than I’d like to admit. With a family of five living in a “mid-century modest” home, I’ve learned to excel at creative storage solutions.

So when I came across this book penned by a “Japanese cleaning consultant,” I couldn’t resist.

A “#1 New York Times bestseller,” The Life-Changing Magic of Tidying Up had already taken Japan by storm—which surprised me, since I tend to think of Japan as one of the least clutter-challenged places there is.

Wanting to know what all the fuss was about, I did a little online research—which led me to the passage about socks:
“Have you ever had the experience where you thought what you were doing was a good thing but later learned that it had hurt someone?” Well, if you’re one of those people who balls up their socks into little “potato-like lumps,” that’s just what you’ve done. Your socks “take a brutal beating” for you all day long, and the only time they get to rest is in the drawer, when they’re “essentially on holiday.” So you must not store them in a state of tension.

This all seemed, well, a bit much to me.

And yet, something about that quirkiness drew me in. So I went ahead and placed the book in my amazon cart, fully aware of the irony in bringing yet another object into our home in the quest of decluttering.

I remained skeptical. When the book arrived it was small and light, and I wondered if I had just fallen for a publishing gimmick.

I opened the book, began reading, and quickly concluded that the author was ever-so-slightly neurotic.

In charmingly sparse prose, Kondo shares how as a child she had been obsessed with tidying her desk drawers, her school classroom, and her family’s storage closets. She even secretly discarded her siblings’ possessions in her unending quest for tidiness, much to their displeasure.

I really couldn’t relate. But then again, who better to lead us to the nirvana of tidiness?

Because that seemed to be what Kondo was promising.

Aim for perfection, Kondo insists. Follow this method, and your life will be dramatically transformed. If you want to, you can achieve a decluttered life. And once you do, you will never return to your old ways.

It all sounded too good to be true. So I decided to stop reading at Chapter 3 and put her theories to a quick test. I pulled the clothes out of my drawers and tried my hand at Kondo’s folding technique. (She goes so far as to suggest that you’ll actually enjoy doing laundry if you follow this advice.) I was dubious, but I followed her instructions (start at page 71 if you’re curious about her secret).

Much to my surprise, it worked.

The key to Kondo’s method isn’t folding, but rather discarding. You must first dramatically reduce your possessions if you are to keep a tidy home.

This appealed to me. Since college, I had been drawn to the elusive allure of simplicity. I still have my well-thumbed copy of Simpler Living, Compassionate Life on my bookshelf. And each year when I teach my intro history course, I’m inspired by readings on Gandhi—particularly his idea that by reducing our material possessions we are freed to love others.

But what Kondo offers here is a method. She helps you to get rid of things with one simple question: “Does this object spark joy?”

If, when holding the item, you feel no joy, you thank it for the role it has played in your life, for the joy it once gave you, or for the lesson it taught you (as in, don’t waste your money on things you don’t need), and you give it away.

She offers a lot of other tips along the way: Store all things of one kind in the same place. Don’t use storage bins—keep all your possessions visible and accessible. Free yourself from attachments to the past and fears about the future. Don’t let your family see you discard things. Don’t pawn your stuff off on your little sister. The best way to store bags is in another bag. Etc., etc.

But the key is joy.

Kondo’s method (the “KonMari method”) is not one of deprivation. Instead, she promises that you’ll find your life uncluttered, and you’ll live each day surrounded only by beautiful things, by things that spark joy.

This is both liberating and empowering. By making thousands of decisions, you grow more confident in your own power to decide. And this often leads to other life-changing decisions, according to Kondo—new jobs, new relationships, major life changes.

We’ve not yet completed our “KonMari-ing” (it’s become a verb in our home). But we’re making progress. Areas we’ve completed are staying tidy. We have empty storage bins galore. And we buy far less, simply by applying the joy test to anything we’re considering bringing into our home.

All this does feel liberating—maybe even a little magical.

But what we’re finding is that the process isn’t just magical—it’s also spiritual.

Despite our ideals, we’d become enmeshed in American consumerism far more than we ever intended. We had surrounded ourselves with things—some that we needed, some that we might need, some that we felt bad about getting rid of, few of which sparked joy.

By discarding these items, an invisible burden has started to lift.

American Christians often talk about being “blessed” by God in terms of material possessions—blessed with a spacious home, a nice car, beautiful things. The more conscientious among us might look for ways to bless others with those blessings, but generally we hold to the notion that stuff is good.

But after spending a little time with the KonMari method, I’m more convinced than ever that we’ve bought into a lie—that most of our “blessings” are burdens, cleverly masked.

The real problem with possessions isn’t just selfishness (though Christians can make a strong case for this as well, to be sure), but that we’ve so cluttered our lives that we cannot identify what is truly precious.

“Your real life begins after putting your house in order,” Kondo writes.

In this way, I don’t think it’s too much to suggest that the simple act of decluttering can be the first step to spiritual awakening.

At the very least, it’s been a boon to our neighborhood thrift store.