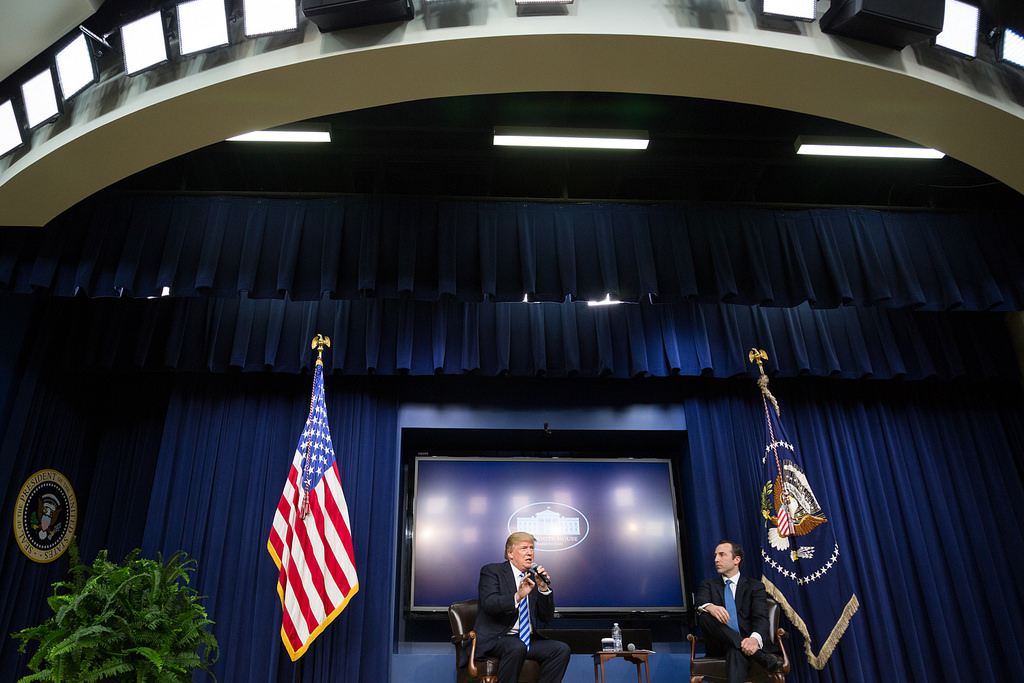 President-elect Donald Trump’s much-anticipated, much-delayed press conference on his private business dealings — and the recent unverified reports about Russia’s alleged blackmail of Trump — reminded the nation of his unique speaking style and how it is received by the press….


For those who covered and followed Trump during this campaign, his style has become familiar — and transcribing him off script continues to be a challenge (I can attest to this). He often jumps to an entirely new thought before finishing his previous one.

Only a few of Trump’s big speeches have been scripted. At many of his rallies, he speaks off the cuff. We get a lot of fractured, unfinished sentences, moving quickly from thought to thought — what Trump calls a “beautiful flowing sentence.”

“His speeches are full of non sequiturs,” says Kristin Kobes Du Mez, a Calvin College historian who did a comparative study of Trump and Clinton’s speaking styles. It’s a completely different style from nearly any other politician you normally hear.