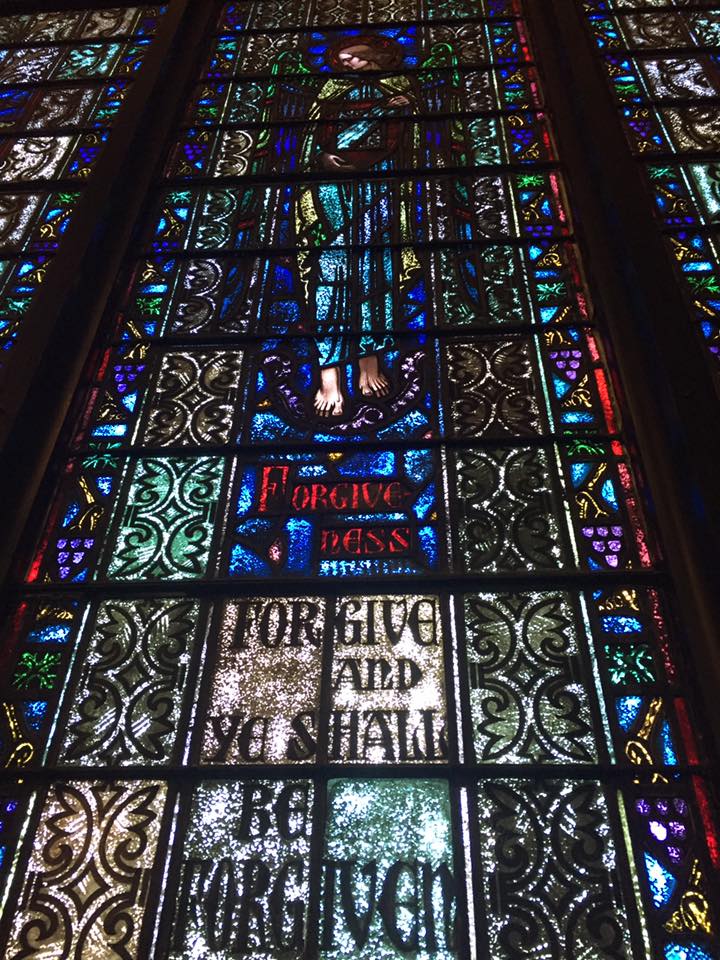 As the reality of Hillary Clinton’s unexpected defeat sinks in, as pundits jockey to offer the definitive postmortem and journalists attempt to decipher what, precisely, an impending Trump presidency might entail, public focus has largely shifted away from Clinton herself.

For nearly four decades Hillary Clinton has found herself at or near the center of American politics—as first lady of Arkansas and then of the nation, as US Senator, two-time presidential contender, and Secretary of State. Until last week, when she awoke to find herself a private citizen.

Many of her followers are understandably devastated. Some of her one-time detractors are likewise at a loss. But how will Clinton herself move on from this shattering defeat?

Her concession speech last Wednesday gave us an initial glimpse: with grace and fortitude. She apologized for her loss. She called for a peaceful transfer of power. And she called on Americans to defend “the rule of law, the principle that we are all equal in rights and dignity, freedom of worship and expression.” And then she concluded by drawing on her Christian faith: “You know, scripture tells us, ‘Let us not grow weary in doing good, for in due season, we shall reap if we do not lose heart” (Galatians 6: 9).

Perhaps for the first time in her life she couldn’t be accused of playing politics when publicly testifying to her faith. And now that she was no longer vying for the nation’s highest office, her words seemed to resonate, even with those who just days before had harbored deep misgivings about her character and motivations: “If she would have spoken like that on the campaign trail, I think I would have voted for her,” I heard from one disaffected conservative Christian voter who, unlike the vast majority of his co-religionists, couldn’t bring himself to vote for Trump, but also couldn’t cast the only genuine #nevertrump vote, a vote for Clinton.

Having written extensively over the past several months on Clinton’s faith, I couldn’t resist pointing out that she had in fact spoken that way. Dozens of times. Indeed, she quoted that very verse on the campaign trail, and on several occasions she spoke at length about the centrality of her Methodist faith to her vision and values.

It should come as no surprise, then, that when all is said and done, she continues to draw on that faith. And if history is a guide, it’s quite possible that she’ll turn to one book in particular as she comes to terms with the outcome of the election: Henri Nouwen’s The Return of the Prodigal Son.

On numerous occasions Clinton has identified the Catholic spiritual writer’s book on the New Testament parable as a source of profound spiritual influence. In 2000, when asked by Oprah Winfrey to share her favorite book, she named Nouwen’s Prodigal Son—not only because it had played a central role in her own spiritual formation, but because she hoped that others would find it meaningful as well.

She first received a copy of the Prodigal Son in 1994, during one of the most difficult periods in her life. Her father and her mother-in-law had recently died, she was confronting the looming failure of her own efforts to reform health care, and she was enmeshed in ongoing investigations of alleged financial misdeeds and mourning the death of her close friend, Vince Foster. 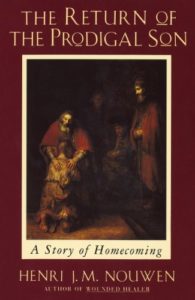 In Clinton’s telling, one particular sentence hit her “like a lightning bolt”: “The discipline of gratitude is the explicit effort to acknowledge that all I am and have is given to me as a gift of love, a gift to be celebrated with joy.”

Not long after, in the wake of the Lewinsky affair, she again found solace in the book. At a time of intense despair and spiritual soul-searching, she was stirred by Nouwen’s message of forgiveness.

In the book, Nouwen writes about the younger son, the prodigal son at the center of Jesus’ parable–the one who left home, squandered his inheritance, and later returned home to his father’s embrace. But he writes most eloquently when he explores the perspective of the older son, the responsible and obedient one who simmered with resentment at the grace extended to his younger brother.

Nouwen reflects that he himself probably shared more in common with the “bitter, resentful, angry” older brother than with the penitent younger one. And although one must exercise caution when attempting to peer into another’s spiritual life, it’s not hard to imagine that Clinton, too, might have related in a very real way to the older brother’s condition. In Nouwen’s words, “elder sons” sought to live up to expectations, aspiring to “be considered obedient and dutiful”; but obedience and duty sometimes feels like an oppressive burden, stirring up “anger and resentment, bitterness and jealousy—that is so pernicious and so damaging to the human heart.”

Drawing on experience, Nouwen attests that “The lostness of the resentful ‘saint’ is so hard to reach precisely because it is so closely wedded to the desire to be good and virtuous.” But with the desire to do good “came a seriousness, a moralistic intensity—and even a touch of fanaticism—that made it increasingly difficult to feel at home in my Father’s house.”

Nouwen warns that “joy and resentment cannot cooexist.” Even so, he acknowledges that it is hard to escape this sort of lostness: “Returning home from a lustful escapade seems so much easier than returning home from a cold anger that has rooted itself in the deepest corners of my being.” And this second sort is more pernicious, for one’s resentment attaches itself “to the underside of…virtue.” 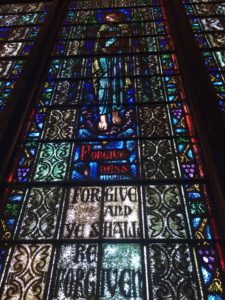 “At the very moment I want to speak or act out of my most generous self, I get caught in anger or resentment,” he laments. “And it seems that just as I want to be most selfless, I find myself obsessed about being loved.”

How can an “elder son” return home when lost in resentment, jealousy, and the oppressive burden of duty? For Nouwen, hope is found in Christ. Confronted with “the impossibility of self-redemption,” he cites Jesus’ words to Nicodemus in John 3:7: “You must be born from above.” Thus it is only through God’s grace in Christ that one can be brought out of the wilderness of resentment. With God, “all things are possible.

And this is where forgiveness and gratitude come together. How can we be brought home? “Although we are incapable of liberating ourselves from our frozen anger,” Nouwen argues, “we can allow ourselves to be found by God and healed by his love through the concrete and daily practice of trust and gratitude.”

Gratitude is “the opposite of resentment,” and it must be lived as a discipline. Gratitude involves a conscious choice, a choice one can make even in the midst of pain and resentment: “I can choose to be grateful when I am criticized, even when my heart still resounds in bitterness. I can choose to speak about goodness and beauty, even when my inner eye still looks for someone to accuse or something to call ugly. I can choose to listen to the voices that forgive and to look at the faces that smile, even while I still hear words of revenge and see grimaces of hatred.”

Perhaps it is no coincidence that last week, in what must rank as one of the most excruciating speeches Clinton has delivered in the course of her career, gratitude was an overarching theme.

And she encouraged her supporters to persevere, to not grow weary in doing good. No doubt this seems a tall order to those mired in disappointment and consumed with uncertainty, to those for whom resentment and despair seem more appropriate responses.

But Clinton once maintained that Nouwen’s book contained “universal, timeless lessons for people of all religions, backgrounds and cultures,” lessons that were particularly useful in difficult times. It’s not much of a stretch to imagine Clinton turning to these lessons once again, in these times. And perhaps her supporters, too, can find a source of strength here—strength that will be needed as they endeavor to persevere in the hope that, in due season, the fruits of these labors will be evident.