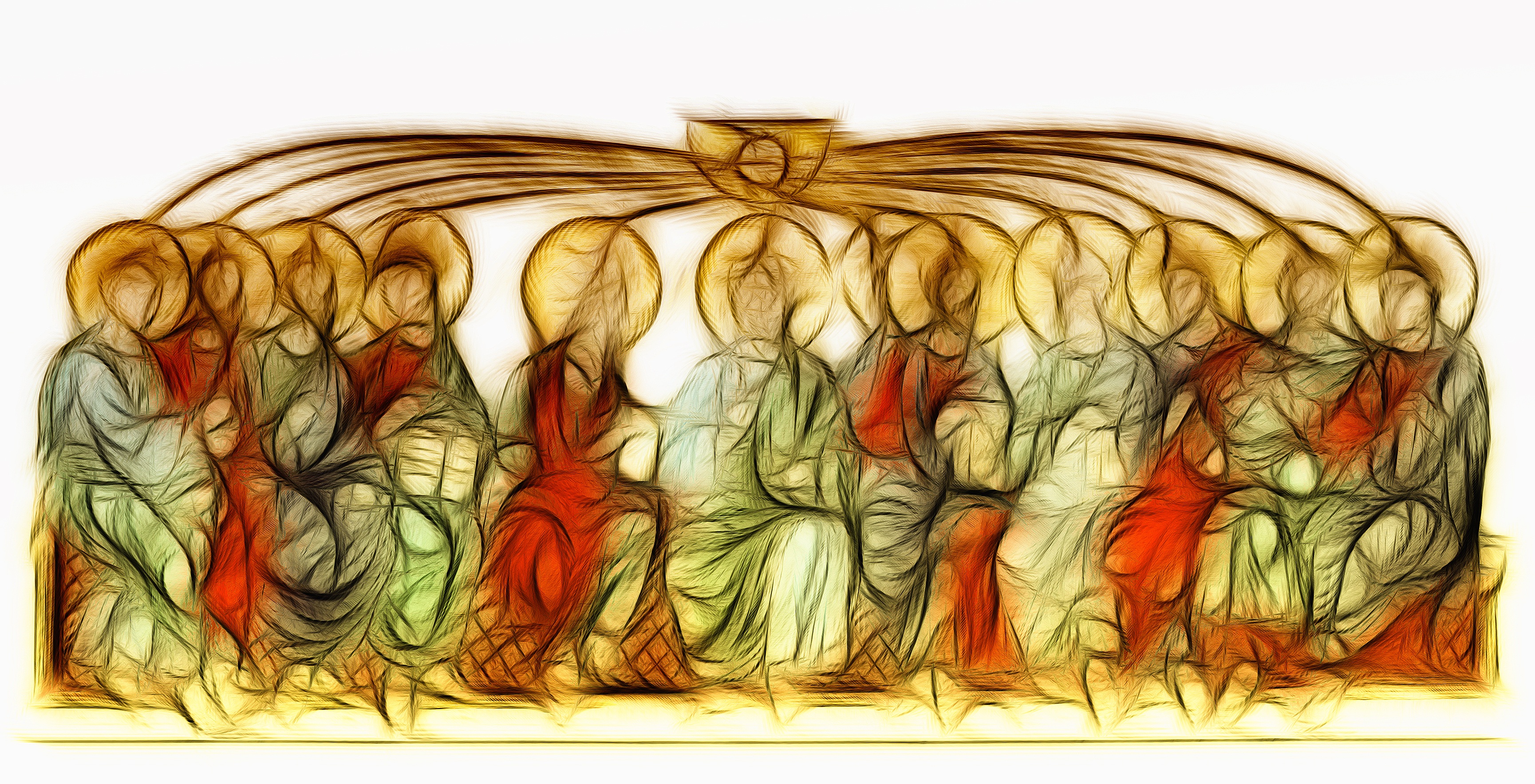 The EWC was formed in 1973 out of the movement of progressive evangelicals that came together in the early 1970s as Evangelicals for Social Action, and was instrumental in sparking the rise of evangelical feminism. Books like Letha Scanzoni and Nancy Hardesty’s All We’re Meant to Be: Biblical Feminism for Today (originally published in 1974, and now in its third edition) convinced many an evangelical woman that her biblical faith was not incompatible with liberation from narrowly scripted “women’s roles.” In the words of Reta Halteman Finger and S. Sue Horner, All We’re Meant to Be “became in many respects for evangelical women what the Church and the Second Sex (1972) by Mary Daly was for mainstream religious women.”

I went to the conference as both participant and observer. As a historian of Christian feminism, I had long studied the work of the organization, and I was curious about the vibrancy of the organization since its heyday in the 1970s. (In 1986, the organization had voted to support the civil rights of lesbian and gay persons, leading to a break-away group establishing themselves as Christians for Biblical Equality).

As a historian, I also hoped to offer members a “usable past,” to share with them my own research on the history of Christian feminism through the story of Katharine Bushnell, and her work as an anti-trafficking activist and feminist theologian.

I encountered a vibrant organization, filled with members eager to learn about the history of Christian women. But I was wrong to think I played a special role in bringing history to this group.

Instead, I encountered a community who knew their history, and who knew the essential role that history plays in shaping the present, and imagining a future.

This historical rootedness was embodied by several women who had been working for gender equality in the church for over 40 years, most prominent among them Letha Scanzoni herself, one of the foremothers of the movement.

But perhaps more striking to me was the way so many presenters eloquently expressed the significance of history to their own work as Christian feminists.

Austin Channing testified powerfully to the importance of knowing our historical context, of placing our own stories within the broader context of American history. As an African American woman, Channing warned of the dangers of “unknowing and misknowing,” of judging “the Other” without regard to their stories, andwithout regard to the larger structures and histories that shape those stories. She called on all “to refuse ahistorical assumptions about ‘those people,’” to refuse to give into fear in the name of safety and control. “By giving into a fear of powerlessness, we abuse our own power,” she proclaimed. “By giving into fear of being oppressed, we become the oppressor.” But if we begin with story, by knowing each other’s stories, by knowing history, we can “commiserate” with others, and develop empathy for one another across our differences.

Feminist theologian Grace Ji-Sun Kim rooted her own theology in the history of racism and sexism that has indelibly shaped Korean women’s experience. She spoke of the history of Korean comfort women in World War

II, of the history of racist fear expressed in the Chinese Exclusion Act of 1882, of the burdens placed upon Asian Americans by the myth of the “model minority,” and of the victimization of Asian women through global human trafficking today.

For Korean women seeking liberation and empowerment, the temptation to leave the church, to abandon the Christian faith, has been great. But Kim instead challenged Christians to believe that Jesus really did want us to embrace “the Other,” to overcome the fear of the unknown. To do so we must open ourselves up to the work of the Spirit, a Spirit that “moves wherever it wants,” and that cannot be boxed in by constructed walls.

Ecofeminist and Quaker scholar Cherice Bock recounted how learning about history, particularly about the historical figure

Lucretia Mott, had “served as a gateway drug” for her into the world of Quakers, feminists, and feminist Quakers. But she drew on her great-grandmother’s story as well, in order to complicate her understanding of feminism. Her great-grandmother had been a homesteader in southern Idaho, who, through hard work and faith in God, and at the cost of environmental degradation and the oppression of Native Americans, eked out a harsh existence. Her ancestor wouldn’t have called herself a feminist, Bock explained; “her role fit firmly in the category of ‘women’s work,’ but it was some seriously bad-ass women’s work: shooting rabbits, running the household finances, and ensuring that her family and community survived another year, clothed and fed.”

Why tell such stories? “A prophet reminds us of who we are by re-membering stories from our past,” and inviting us “to a renewed vision of hope for this time and place.” For Bock, these stories lead to a reassessment of feminism. “I’m grateful for the work that my Quaker foremother and other feminists did to open up the workplace to women, but the prophetic part of me asks, have we actually moved beyond second-wave feminism in practice? Are we living out a feminism that does not require domination of an ‘other’ in order for the self to advance? Are we so focused on our careers and daily lives that we are unable or unwilling to do what it takes to not dominate the Earth?” “Are we so focused on the glass ceiling that we forget the dirt floor” on which our foremothers stood?

And Diana Butler Bass shared her own history as a sometimes embattled Christian feminist. Having

been “released” from her position teaching religion at a Christian college, Bass recounted how she had been influenced and strengthened by the work of those like Scanzoni and Virginia Mollencott, and lamented that many young feminists lack any awareness of these stories. “There is a well of stories, a community over time that you are a part of. Stories we’re part of, that we don’t know.”

Bass then shared an experience she records in her book Grounded, of finding her way into an old Qua

ker meeting house in Maryland. As she looked around at the old wood pews and thick beams supporting the structure, she was filled with a sense of the holy, and with a sense she had been there before. Three years later she discovered that she descended from a line of Scottish Quakers, and that two of them, Andrew and Eleanor, had married at the Third Haven Quaker Meeting back in 1678. It was wood from their land that had been used to construct the beams that she had admired.

From this story Bass mused about the importance of memory, of architecture that can hold “pools of memories,” of place triggering memories you didn’t know you had. And she wondered how we might go about triggering memories in our progeny, or passing on a legacy, a story, for future generations.

ned to discover that history and memory was alive and well among this group of Christian women. So often, Christian feminism has been a story of forgetting. Without a knowledge of the past, each generation takes upon itself the burden of the pioneer. But by remembering women who have come before them, Christian women are not only strengthened and sustained for the present, but also better positioned to imagine and create a more just, empowering, and compassionate future.

P.S. For those curious about my work on Hillary Clinton’s faith, start here for a preview, and I promise to bring more on this topic to the Anxious Bench in the near future.