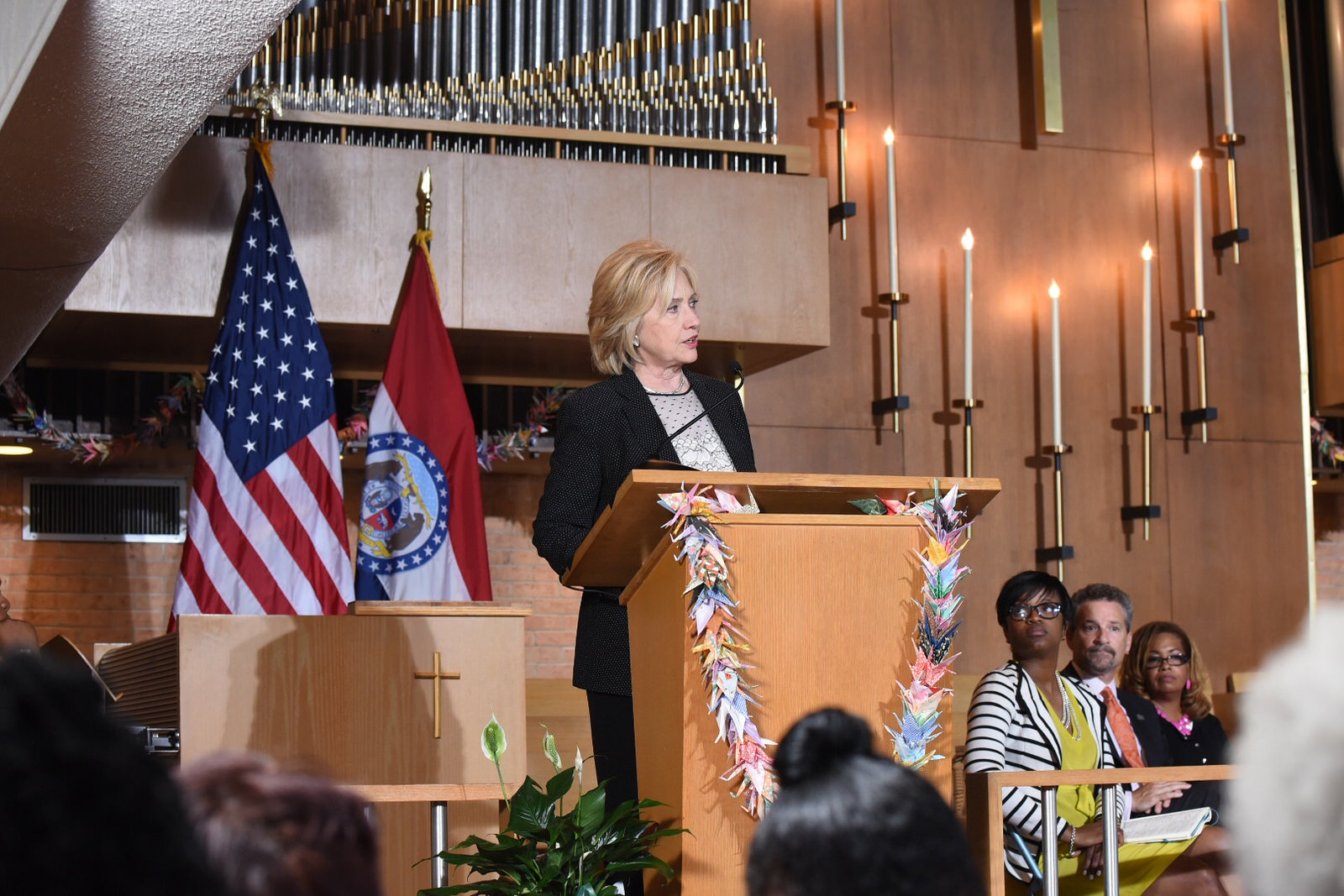 “What do we Know about Hillary Clinton’s Religion? A lot, Actually”

Interviewed by Neelesh Moorthy as source for Politifact analysis which discusses claims by Donald Trump about what is known regarding Hillary Clinton’s religion. Published June 24, 2016. 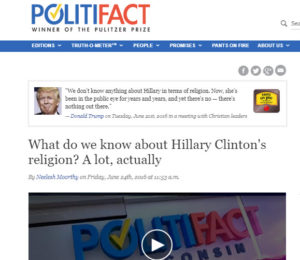 Donald Trump claimed “We don’t know anything about Hillary in terms of religion.” That’s wrong.

Speaking prior to a gathering hosted by the conservative Christian activist organization United in Purpose, Trump said there has been no public reference to Clinton’s religion. The comment was captured in a video from E.W. Jackson, a former nominee for Virginia lieutenant governor who attended the gathering.

This is not the first time Trump has questioned a candidate’s religion. In 2011, Trump floated the possibility that President Barack Obama, whose path to Christianity is well-documented, could be a Muslim.

At the gathering, Trump also made the broader claim that Clinton would not protect religious liberty.

“We can’t be again politically correct and say we pray for all our leaders, because all of your leaders are selling Christianity down the tubes, selling evangelicals down the tubes,” he said.

So, what does Clinton have to say about her religion? A lot, we found out.

What do we Know about Hillary Clinton’s Religion? A lot, Actually

Moorthy, Neelesh. “What do we Know about Hillary Clinton’s Religion? A lot, Actually.” Politifact. June 24, 2016. https://www.politifact.com/truth-o-meter/statements/2016/jun/24/donald-trump/what-do-we-know-about-hillary-clintons-religion-lo/