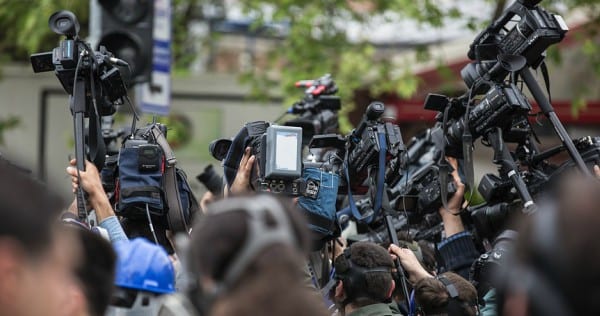 Is Media Coverage Biased Against Evangelicals in the Midst of the Coronavirus?

How should we talk about white evangelicals during the coronavirus pandemic?

On the one hand, there’s been no shortage of critical editorials highlighting the relatively small number of evangelical churches that have refused to comply with public health recommendations and government orders to cancel in-person services.

Katherine Stewart’s March 27 op-ed in the New York Times is a case in point. Originally published under the provocative title “The Road to Coronavirus Hell Was Paved by Evangelicals: Trump’s response to the pandemic has been haunted by the science denialism of his ultraconservative religious allies,” the piece provoked swift backlash. In response, the Times adjusted the headline to a more accurate (and less provocative) “The Religious Right’s Hostility to Science is Crippling our Coronavirus Response.”

This modification then produced a backlash of its own, with scholars and observers accusing evangelicals who complained about the initial title (and the article itself) of acting out of an unwarranted persecution complex. Sociologist Samuel Perry, co-author of a book on Christian nationalism, pointed out that “the blowback” Stewart received from evangelicals “should surprise no one. Data show white evangelicals feel they are the most persecuted of any group.” Stewart, too, suggested that “Whipping up false fears of persecution to score political gain is the m.o. of religious nationalism. Case in point: the willful misrepresentation of the substance of my piece.”

Stewart’s was just one account of many to point out evangelical transgressions in the age of Covid-19. Chrissy Stroop highlighted the role of authoritarianism in Christians’ resistance to public health recommendations; Bob Moser pointed to apocalyptic thinking as a deterrent to proper handling of the pandemic. More recently, Jonathan Merritt called out “some of the most visible Christians in America” for “failing the coronavirus test.” (Full disclosure: my own April 2 op-ed in the Washington Post on the role of militant evangelical masculinity should be counted among this number.)

Added to these were the numerous stories exposing the relatively small number of evangelical pastors who flamboyantly defied stay-at-home orders.

This negative coverage seemed a bit much for some observers, including many evangelicals themselves, who began to cry foul. “I get why these stories need to be reported,” Tish Warren wrote on Twitter. “But I don’t get why, as hundreds of thousands of churches of all stripes (including ‘conservative evangelical’ ones) are remaining closed, navigating this hard terrain as best they can, these are what dominate the news cycle. Tell these stories, of course! But more so tell the creative ways churches & other religious orgs are responding and trying to give care and help to their people in this impossible circumstance, trying to care for the sick & alone & dying…that’s the story.”

Many of Warren’s followers heartily agreed, but others pushed back. Katelyn Beaty asserted that she was “grateful for the reports on churches handling this less than wisely. It helps denominational or regional pastors know when to step in with correction/accountability. It also helps Christian leaders more broadly examine what dynamics lead to such individualism.” Beaty added that she’d seen “lots of stories about churches and faith-based organizations acting wisely and sacrificially,” but the fact that those stories weren’t “click-bait” was “more a problem with readers, not reporters.” Sarah Pulliam Bailey of the Washington Post chimed in as well: “I think people are angry right now so people are riled up and sharing things that keep alarming people. When you make sacrifices and feel like others don’t, you rush to those stories.”

Other readers offered additional theories. Tales of conservative churches refusing to close was the “perfect story for ratings/clicks because it confirms the prior beliefs of two huge segments: Christians who see themselves as suffering under religious persecution, and nones/atheists who see Christians as the malignant force underlying all social dysfunction.”

How might we understand the prevalence of negative coverage of white evangelicals? Is this indeed evidence of a pervasive anti-religious media bias? Or can this coverage be explained simply by a genuine concern for protecting public health? (After all, hundreds of thousands of churches complying with public health orders is no more newsworthy than millions of businesses, schools, and citizens similarly complying with orders.

What is critical in terms of covering evangelicals and the coronavirus is attention to context.

Warren is right to point to the countless churches that have shuttered their doors, but there is a larger context that needs to be considered as well. It would be easier to chalk up negative coverage to anti-religious bias were it not for an underlying truth: white evangelicals remain stalwart supporters of a president and policies that have repeatedly downplayed the threat of the virus and obstructed any coordinated and effective response.This was a point I raised in my own op-ed: “Even as the president has come under withering criticism for downplaying the seriousness of the threat and for his inconsistent and often bungled response, a full 77 percent of white evangelicals have expressed confidence in his handling of the outbreak. Evangelical support for the president’s insufficient response contributes to a deep partisan divide; by maintaining that the threat has been ‘blown out of proportion,’ many conservatives continue to hamstring the unified response critical to stemming the exponential spread of the virus.”

Although a recent PRRI poll has identified a slight decline in white evangelical support for the president from March (77%) to April (66%), that number remains a full 18 percentage points higher than the next highest level of support among white Catholics.

Moreover, political scientist Paul Djupe found that “evangelicals are much more supportive of defiance of the government than non-evangelicals.” In states with no exemptions for in-person worship, 12% of evangelicals reported that their churches were open for in-person worship (compared to 6% of nonevangelical churches); but Djupe pointed out that “just because 88% of congregations are following public health officials’ advice does not mean that individuals are following suit.” Rather, he learned that 20% of evangelicals surveyed reported attending in-person services, presumably at churches that refused to close.

As I’ve been watching (and participating in) conversations around the appropriate framing of evangelical Christians and the pandemic, I can’t help but draw a comparison here to events currently unfolding in my home state of Michigan.

Today another protest is scheduled at the state capitol building in Lansing. A couple weeks back, hundreds of protestors stormed the building to express their opposition to Governor Whitmer’s stay-at-home orders. As images of shouting, gun-toting white men spread like wildfire, I was asked by friends in the United States, Canada, and Europe to explain what on earth was happening in my state.

Here, too, context matters. Evidence suggests that the protest was promoted by the DeVos-funded Michigan Freedom Fund, and that participants included a number of radicalized militia members. Although loud, the protestors were not representative of most Michiganders; 57% of the state’s residents approve of the governor’s stay-at-home orders while 37% disapprove, a fact that can too easily be lost in the midst of provocative images and alarming headlines. (In contrast, only 40% approve of Trump’s performance.) These numbers, however, do not negate the significance of the protests, either in terms of messaging (and instigating similar protests in localities across the country), or in terms of signaling and strengthening underlying sympathies. Although the number of individuals who protested were small, judging from my own social media feed and that of my friends, the sentiments expressed by protesters are gaining an increasingly sympathetic hearing as the coronavirus response becomes increasingly politicized. When asked to explain my state, then, my instinct was not to proclaim, quickly and loudly, #NotAllMichiganders in an effort to redeem our state’s brand. Instead, I’ve been watching with concern and working to ascertain how widespread (and ascendant) this defiant attitude may in fact be.

In a similar way, Christians interested in brand protection, evangelicals included, may find it more productive to turn their attention from the perceived injustices of negative coverage and instead engage in critical introspection. Many Christians have sought to do just this. Russell Moore took to the pages of the New York Times to urge Christians to protect life rather than trading the lives of the vulnerable for the sake of economic prosperity or convenience. Before the Easter holiday, a group of Texas pastors urged churches to keep their doors closed. In Iowa last week, as Republican governor Kim Reynolds lifted restrictions on religious gatherings, a group of (albeit predominantly mainline) religious leaders issued a statement calling for congregations to continue to refrain from gathering in person: “It is by our faith that we are compelled to love our neighbor. In the midst of the COVID-19 pandemic, that love comes to expression by remaining physically apart.”

Given their prominence in publicly resisting public health recommendations, conservative white evangelical voices calling for compassion, patience, and sacrifice, rather than asserting their rights and expressing their grievances, may have a particularly powerful resonance.

These actions may end up generating positive media coverage, but far more significantly for Christians themselves, this approach can serve as an act of ministry by calling for the embodiment of Christian virtue, the protection of one’s neighbors, and the promotion of the common good.

Du Mez, Kristin Kobes. “Is media coverage biased against evangelicals in the midst of the coronavirus?” First published Patheos.com. The Anxious Bench. May 14, 2020. https://www.patheos.com/blogs/anxiousbench/2020/05/is-media-coverage-biased-against-evangelicals-in-the-midst-of-the-coronavirus/