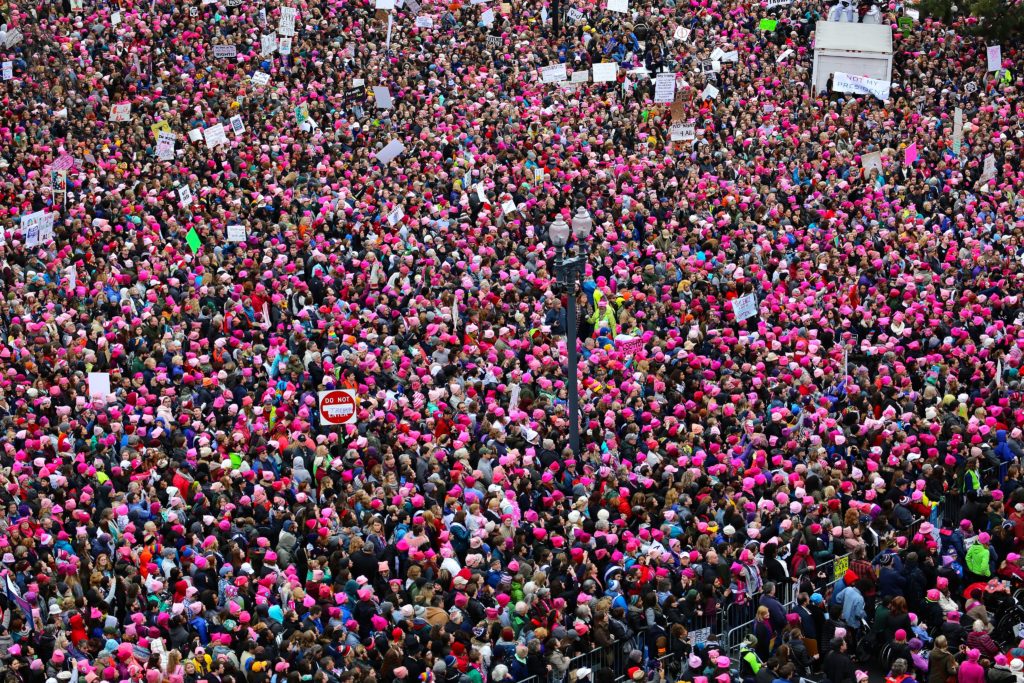 Me Too. And Why This is a Christian Problem

I first saw these words on a friend’s Facebook post, a friend who only recently went through a grueling process to hold her workplace sexual harasser accountable. Prompted by the campaign inspired by activist Tarana Burke, she posted it along with the note: “If all the people who have been sexually harassed or assaulted wrote ‘Me too’ as a status, we might give people a sense of the magnitude of the problem.”

And then another friend posted those words, and another. Some left it at that, others added details—of recent events, or of long buried memories. 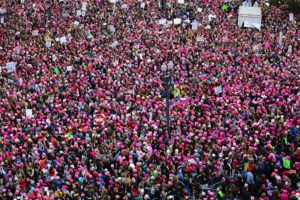 I initially showed my solidarity by “liking” their posts, and adding words of encouragement. At first, I thought that was all I could do. I didn’t think I was one of them.

But like so many other women this past week, I started thinking back through my own experiences, and the memories started to flow.

Of a supervisor’s inappropriate conduct while I was working overseas. Of the harassment I endured from a fellow student, leading me to consider a restraining order. (How, I wondered, could I have forgotten this?)

At the time, these experiences caused me to fear for my safety, and tormented me emotionally. Had I somehow encouraged this behavior? Was I overreacting? Or, if I did nothing, would I end up a statistic?

Revisiting these memories brought back an unexpected mix of emotions, and I was surprisingly hesitant to post my own “Me too.” Some critics have derided women for jumping on the victimization bandwagon, but for the women I know who have chimed in, this couldn’t be farther from the truth. I, and my friends, hesitated to post because we didn’t want to be seen as victims. We didn’t want that part of our stories to define us, even if only in a small way. We wanted to keep personal things, well, personal. And we do have a right to keep them private. (Even as the movement is both inspiring and empowering, there is a downside, too, because the onus shouldn’t be placed on women themselves to become vulnerable in order to combat harassment and assault.)

I wrestled with these thoughts as I posted “Me too.” I still do, as I write this blog. But I’ve decided to add my voice because I understand the importance of making this visible. Because I believe the personal is political. And because I believe that, as long as we keep these stories private, women will continue to face their situations alone, and to think they’ve brought these actions upon themselves.

No woman should feel compelled to share, but if some of us are in a place to carry this for others, there is good in that.

I also posted because I think it’s important to engage the Christian public directly.

Because this is a Christian problem.

It is not exclusively a Christian problem, to be sure. But many women in my circles are sharing stories that unfolded in Christian institutions, or within the Christian community, or perpetrated by men claiming to be Christians.

I don’t know that these incidents happen with greater frequency in religious communities; I’d like to hope that they don’t. But I’d also like to think that Christians would exhibit zero tolerance when they do. And I know that, sadly, this isn’t the case.

My current research on evangelical masculinity has opened up a world of sex abuse scandals within the evangelical Christian subculture. These situations have often been facilitated by patriarchal understandings of “biblical manhood and womanhood,” and even when abuse has been exposed, an alarming number of Christians have ended up defending abusers, and blaming victims.

When reflecting on these situations, I find myself returning to my earlier research on Christian anti-trafficking activism in the late nineteenth century. When female reformers learned of the abuses suffered by prostitutes at the time, they set aside their Victorian sensibilities and worked to raise awareness, and stir Christian compassion. They were alarmed to discover, however, that more often than not it was Christian men who were perpetrating these crimes against women. And they discovered a shocking lack of sympathy for victims on the part of “respectable” Christians, including upstanding Christian women.

Female “purity” was highly prized in Victorian Christianity, but a sexual double standard let men off the hook. Men were assumed to be full of lust (a nineteenth-century version of “boys will be boys,” if you will), and so it was up to women to serve as guardians of purity. But prostitutes and other “fallen women” balanced out this equation—they were necessary in order to protect “virtuous” women’s purity, even as they bore the blame for their irredeemable “sins.”

Christian “social purity” activists railed against this double standard, but they understood that it was deeply rooted in Christian tradition—and in Christian theology.

This Victorian mentality remains with us today. Contemporary evangelical “purity culture” repeats many of these tropes, and patriarchal theologies continue to function in ways that rob women of the agency to combat abusive behavior.

What can the church do to break this pattern?

Christian purity reformers like Katharine Bushnell argued that there was nothing wrong with purity in and of itself, but when linked with patriarchal teachings, it fostered an environment where abuse flourished. If the church wanted to promote purity, it was going about it all wrong; rather than preaching women’s weakness and submission, Christians should reexamine their theology, and reconsider whether patriarchal teachings were part of God’s will for humankind, or effects of human sin and rebellion. (Bushnell herself offered a stunning reinterpretation of the Christian scriptures on these counts). And, she argued, if you wanted to promote women’s purity, the best way to do so was to empower women to be strong and courageous, not passive and submissive.

She also refused to shame victims. She recommended abandoning the term “fallen women,” and argued for grace for all women; sexual “impurity” did not place a woman beyond redemption. Instead, she urged Christians to hold men accountable, to demand male restraint (no Billy Graham rule necessary), and to uphold a common moral standard.

In her book Sex and the Soul, Donna Freitas studied sexuality on college campuses, Christian and secular. And she came to a striking conclusion. Both the secular hook-up culture, and the evangelical purity culture left women not only unprepared to fend off abusers, but in many cases unable even to identify abuse for what it was.

The church ought to take this challenge seriously. It ought to encourage a frank discussion of sexuality, consent, and abuse—a conversation often muted by a misguided devotion to contemporary purity culture.

Christian colleges, too, ought to be on the forefront of efforts to bring an end to campus assault, even when—especially when—the current administration seeks to weaken existing protections.  One way they can do so is to refuse to view Title IX through the lens of culture war politics. This isn’t to say that existing Title IX guidelines are perfect. As a trained Title IX investigator, I can attest that they are not. But any effort to revise policy must be accompanied by a robust commitment to naming the problem, empowering women, and prioritizing efforts to root out a culture that perpetuates abuse, shames victims, and sweeps potentially embarrassing incidents under the rug.

Finally, and perhaps most simply, the choruses of “Me Too” ought to compel Christians to take women seriously when they do speak out. Your social media newsfeed bears witness to the fact that false accusations are dwarfed by unreported assaults. Christians must take concrete steps, as individuals and institutions, to hold abusers accountable and prevent future abuse.

In a world where Harvey Weinsteins seem to abound, Christians seeking to cultivate a counter-cultural identity would do well to start here.

Du Mez, Kristin Kobes. “Me Too. And Why This is a Christian Problem.” Anxious Bench, Patheos. October 19, 2017. https://www.patheos.com/blogs/anxiousbench/2017/10/me-too-and-why-this-is-a-christian-problem/