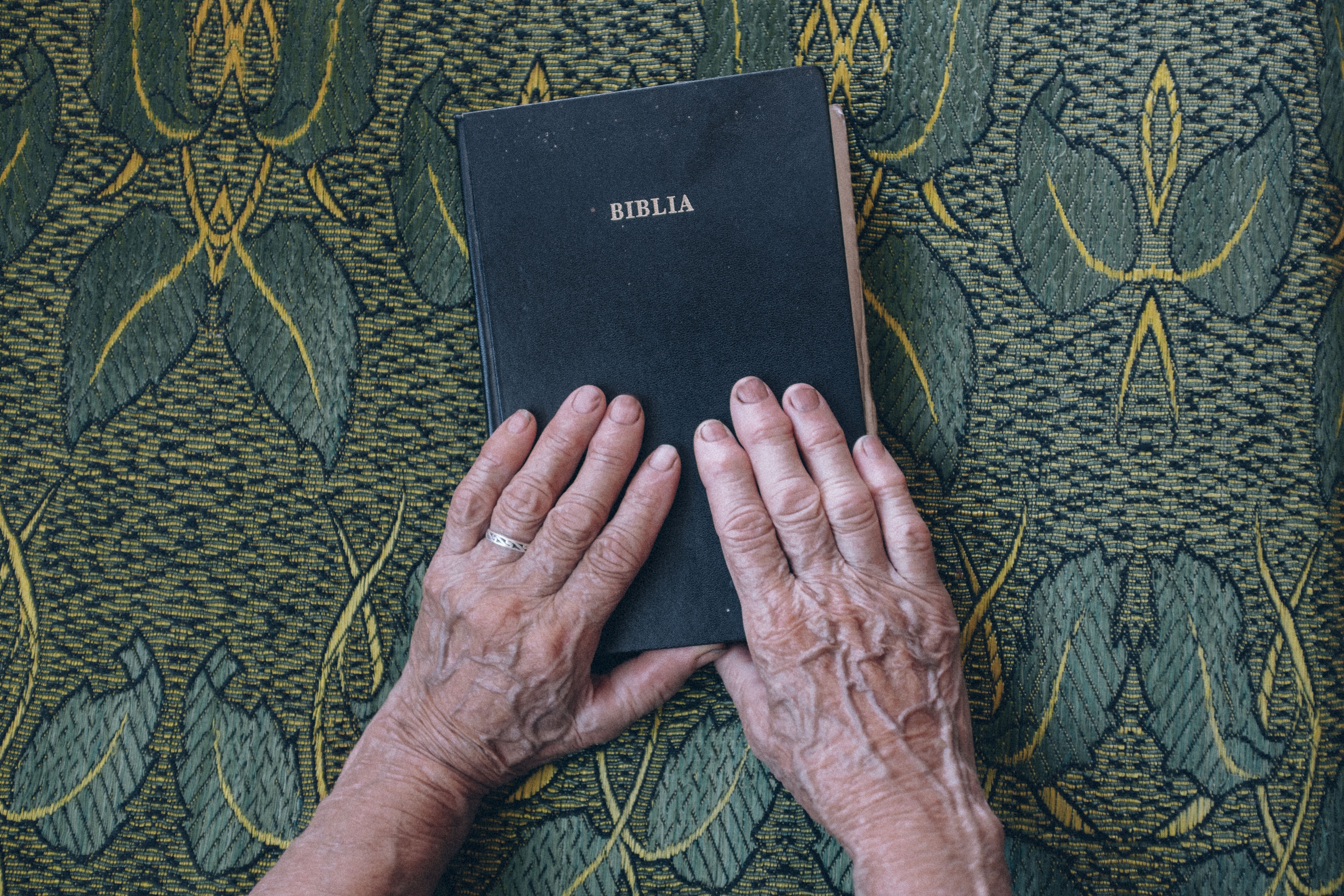 The dearth of female authors in contemporary theological and biblical studies has been the subject of recent discussion and lament. There is of course a long tradition of male dominance in these fields. However, despite their marginalization, many women have contributed in remarkable ways to our understanding of Christian Scripture and tradition. Sadly, many of these women were largely ignored in their own time, and forgotten in ours. But Women’s History Month is a perfect time to dig into the archives and resurrect the voices of these long-forgotten women.

Here are three of my personal favorites. All three are Methodist women who lived in the late-nineteenth and early-twentieth centuries. All three speak powerfully across time and space, and I think all three deserve a place in our theological heritage.

A social reformer, preacher, and advocate for women’s rights in the Methodist church, Madeline Southard published The Attitude of Jesus toward Woman in 1927.

“I am reading in the library on the condition of women in the world in past ages. It’s a mystery to me, how a Christian God has been able to let a world go on like this. Poor womanhood, how it has suffered, too ignorant often to know that it was crushed under injustice, finding vent for its inventiveness in petty artifices. Carrying the world on its breast, yet crushed under the world’s feet. Maybe I can help in bringing in the new day when woman can be a person and have life’s beautiful relationships too. That thought has strongly taken hold of me. I feel power within me, if only I can make myself industrious enough to accomplish something” (personal journal, 1919).

“Christ” is “woman’s only emancipation…. when women forsook the ideals of Christianity they would sink back into slavery, for only the idealism of Jesus reaching large numbers of men could make a world where women dare to be free” (personal journal, 1922).

“When men think of women as primarily the creatures of their sex relationships and of their blood relationships and consider them mentally inferior to themselves, they may love their own women, their wives, their mothers, their sisters and their daughters, they may show consideration for them and for the women folk of their friends. They will go to great lengths to please women who attract them and from whom they wish to secure favors. But outside these circles they are rude to women with a rudeness that easily slips into cruelty. Women whose beauty or social position have always secured for them the courtesies of life from men do not dream what the poor, the old, the plain and unattractive women of the world, have suffered from this source” (Attitude of Jesus, 100).

Jesus “persistently set Himself against woman’s own belief that she was primarily a female, a creature of domestic relationships, and demanded of her that she realize herself to be a self-determining person, responsible for the exercise of the highest intellectual and spiritual faculties” (Attitude of Jesus, 78).

There is a marvelous and beautiful unselfishness of motherhood…. But every great virtue is shadowed by its special vice and to this even so holy a thing as motherhood is not an exception. When the desire for the success of one’s own offspring makes one willing to trample roughshod over the rights of others’ offspring, then a beautiful thing has been perverted into something unsightly and even ugly…. Parenthood, with its large place in the economy of society, is intended to have an ultimate and spiritual meaning. This end is achieved when the parent, taken out of self-centeredness first by its own child, passes from that to tenderness for all children, everywhere, and through them for all humanity” (Attitude of Jesus, 71-2).

An intrepid missionary, social reformer, and theologian, Bushnell published God’s Word to Women, a remarkable feminist theology that upholds the infallible authority of the Scriptures.

“Here is where the great mistake is being made on the ‘woman question.’ Is it ‘prudent’ to allow women to do thus and so?—men ask themselves at every step of woman’s progress. The only question that should be asked is, Does justice demand this? If so, ‘let justice be done though the heavens fall’; anything short of justice is mere mischief-making” (God’s Word to Women, 690).

“Servility and weakness are two contemptible vices. They have been too often recommended to women clothed in the names of ‘humility’ and ‘meekness,’ to which virtues they are as opposed as north is to south” (God’s Word to Women, 378).

“What wonder that all versions [of the Bible], having for all time been made by men, should disclose the fact that, on the woman question, they all travel more or less in a circle, in accordance with sex bias, hindering the freedom and progress of women, since… the self interest of man led him to suppose that woman served God best as his own undeveloped subordinate?” (God’s Word to Woman, para. 616).

“It seems God’s design that the ‘new woman’ in Christ Jesus, shall no more ‘turn away,’ as did Eve, to her husband, but remaining loyal to God alone, and true to her destiny as the mother of that Seed,—both the literal, Jesus, and the mystical Christ, the Church,—shall lead man about,—out of the wilderness of the inefficiency of egotism into the glorious liberty of the children of God.” (God’s Word to Women, para. 413).

Together with Southard and Bushnell, Starr was a member of the International Association of Women Ministers. Inspired in part by Bushnell’s book, Starr published The Bible Status of Woman in 1926, which in turn inspired the ministry of Alma White.

If priority of creation is a proof of superiority, the monkey has advantage over man, for the monkey was on the scene first (Bible Status, 22).

“From the Stone Age to the present age,” the wife “has been the chief sufferer from man’s mania to dominate woman… Law-books have been weighted with enactments calling for her subjugation; religion has spoken in almost every tongue and commanded that she obey her husband; custom has decreed that she take a back seat in the affairs of life. Mankind has ever been intolerant of self-assertion on the part of the wife” (Bible Status, 82).

“Is the wife to revere her husband as Christ personified and submit to him as if he were Lord? Christian consciousness rebels against such thought. This would be naught but idolatry. Under the precepts of God’s word no mortal may demand such homage” (Bible Status, 247).

“Any individual with mind unwarped by prejudice can readily see that the husband is not the spiritual head of his wife. Here is a realm wherein she stands erect—‘never in bondage to any man.’ Her husband has no preferential rights in the kingdom of her Lord. In Christ Jesus ‘there can be no male and female,’ for ‘all are one’” (Bible Status, 249).

We have heard much in the past about woman’s sphere, and it is a trite saying that ‘Woman’s sphere is home.’ Woman’s God-given sphere is as wide as the earth’s circumference, as high as the firmament and as deep as the sea. Talk about a woman getting out of her sphere! She would have to get off the earth in order to do that. Every foot of this globe has been deeded to her as much as to man” (Bible Status, 21).

“[Jesus’] daily deportment toward the sex was a standing reproof to the spirit of His age. He set at naught every man-imposed restriction on woman. He recognized no double standard: with Him there was no such thing as a preferred sex. He stood woman side by side with man, and addressed her as a member of the human family. He never singled her out for special instruction. He dealt not with sexes, but with souls. No wonder when He walked the Dolorous Way to Calvary, women followed Him and ‘bewailed and lamented Him; But Jesus, turning unto them, said, Daughters of Jerusalem, weep not for Me, but weep for yourselves and your children’” (Bible Status, 176).