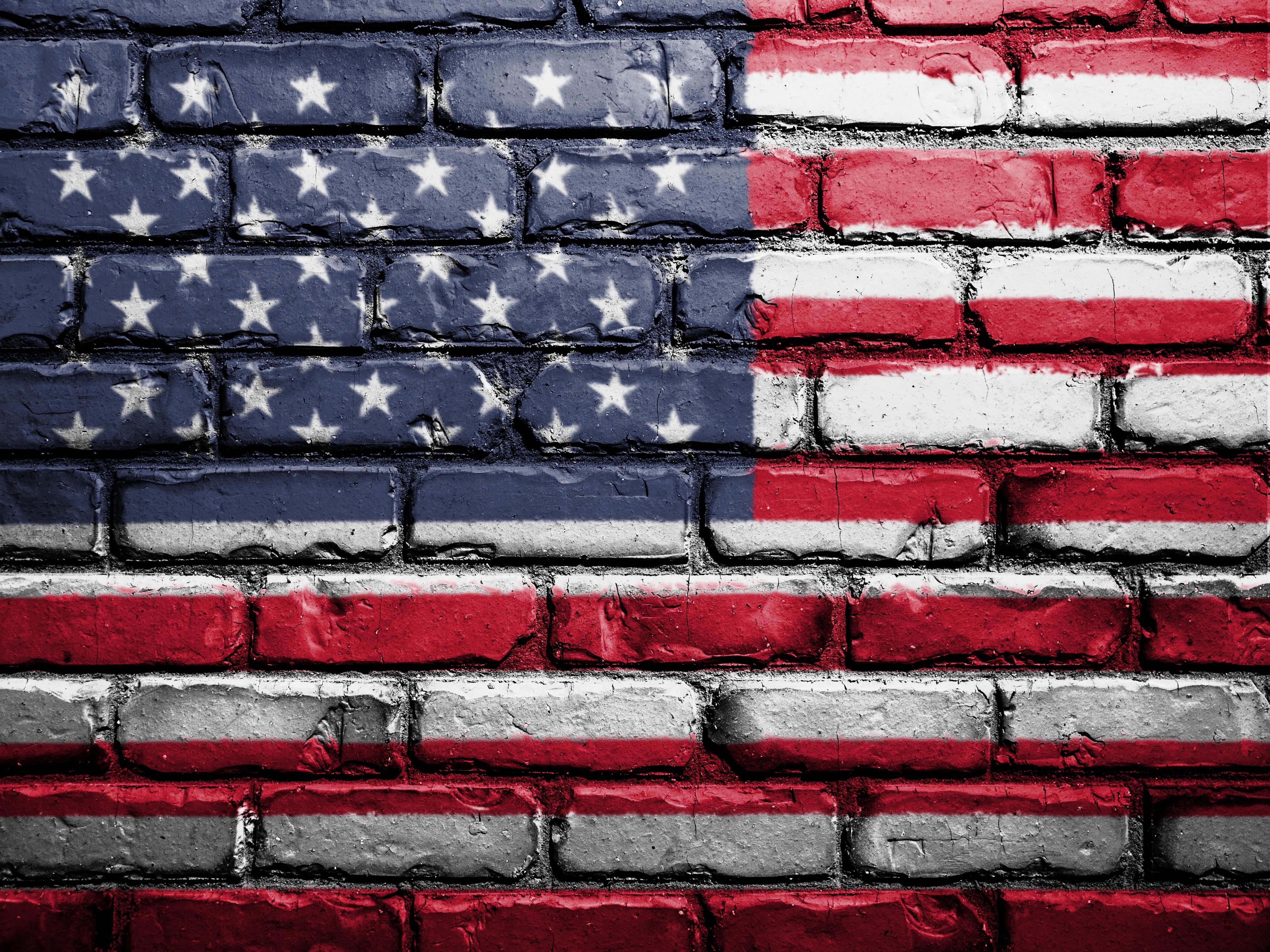 This Ridiculous “Spiritual Biography” of Trump is No Joke 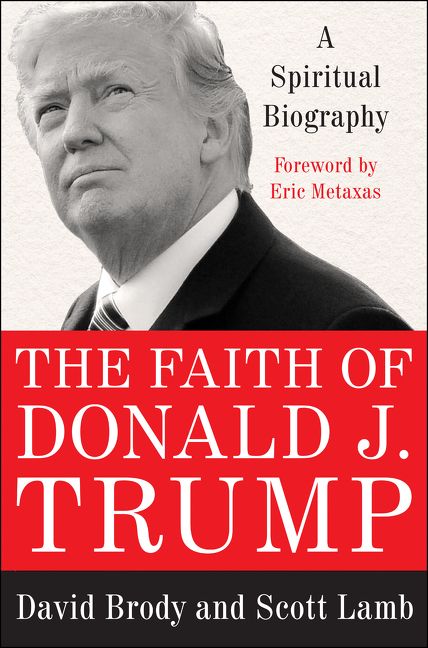 The Faith of Donald J. Trump: A Spiritual Biography

In David Brody and Scott Lamb’s book, grace for the president abounds.

David Brody and Scott Lamb know they have their work cut out for them. “Donald Trump” and “spiritual life” don’t generally appear in the same sentence, after all. The authors know full well that a large swath of Americans will see their project as a big joke. A 400-page book? A pamphlet might be better suited to the task.

Brody (a reporter for Christian Broad­casting Network) and Lamb (a vice president at Liberty University) don’t dodge such skepticism. With humor, creative logic, and an almost dizzying ability to transform character flaws into endearing qualities, they argue that Trump was not only chosen by God to lead the nation but also exemplifies many Christian virtues.

In his foreword, Eric Metaxas sets the tone. As one who initially thought Trump’s faith was a laughing matter, Metaxas is the perfect person to defuse this notion. In typical fashion, Metaxas finds that the best defense often entails a good deal of offense. Yes, there’s Trump’s biblical illiteracy, his inability to recall asking God for forgiveness, and, ahem, his “personal life before running for president”—not to mention his tweets. And yet there remains “the terrifically stubborn fact” that many Christians have embraced Trump, even as critics “seethe with fury” at the apparent hypocrisy of it all. For Metaxas, this “thorny riddle” can be solved by remembering Christian grace. No one is perfect, and only moralists would rage against extending God’s grace to a man like Trump.

Grace abounds in Brody and Lamb’s book, at least when it comes to Trump. The authors go to great lengths to build a case for the president’s spiritual life. Trump’s mother came from Scotland, “the land of John Knox” and Scottish Presbyterianism. He and his father both embraced the “Protestant work ethic” (described with biblical proof texts against laziness), a fact attributed to their German Lutheran ancestry. Two of Trump’s great-aunts were Pente­costals. Trump loves southern gospel music and Christian television.

At times, the authors seem to want to have things both ways. Trump’s religious illiteracy can be blamed on his upbringing in a theologically vacuous mainline church, yet his confirmation preparation was “surprisingly meaty” compared to many evangelical churches today. His inability to name a single Bible verse reflects the fact that he hasn’t “consistently gone to a church that emphasizes expository Bible teaching and doctrine,” yet it also evidences his honesty: “Trump clearly wasn’t going to attempt playacting as an evangelical.”

Sprinkled throughout the book are various character witnesses. Johnnie Moore, a member of Trump’s evangelical advisory board, calls Trump a person of “character and compassion” who reflects the fruits of the spirit. Mike Huckabee suggests Trump “has a God consciousness about him that’s real” and a “deep, abiding respect, not just for God, but for all people who truly follow God.” Pentecostal pastor Paula White testifies that long before Trump entered politics, “he was a man seeking God.” Evangelist James Robison asserts that Trump’s God-given meekness is as great as any he’s ever witnessed, and his “ability to move and motivate people” is “nothing short of a divine, supernatural enabling.”

The authors don’t shy away from addressing Trump’s character issues, but they employ a range of tactics to minimize them. As a bachelor, Trump had “an eye for pretty models—though friends remember him being intensely focused on work.” The 1980s were a time of conspicuous consumption, and “unfortunately, this was also the time when he over-leveraged his business and began an affair that led to a nasty divorce from Ivana—all played out in the press.” In embracing the “Hugh Heffner playboy ethos,” Trump shared a lot in common with St. Augustine. (If sex was a substitute for religion, Trump was an ardent seeker.)

Brody and Lamb note that it’s “interesting” that Trump’s playboy years “began in earnest” right around the time his father was diagnosed with Alz­heimer’s; “it almost seems as though” Trump responded by sowing some adolescent wild oats as a way of coping. With regard to the question of avarice, they cite “several people we interviewed” who do not believe Trump’s relationship with money “flows from a heart of greed.” Besides, plenty of Christian televangelists were caught up in their own sex-and-money scandals. And really, when you think about it, the culture itself celebrated immorality. From Clint Eastwood’s film The Bridges of Madison County to Pierce Brosnan’s portrayal of 007, most Americans—evangelicals included—participated in this moral decline through their purchasing power. All of which is to say, “Judge not, lest ye be judged.”

If not entirely excused, Trump’s attacks on others are explained in sympathetic terms. Trump didn’t attack, he counterpunched. Accusations of racism are swept aside by an anecdote of Trump’s past generosity toward a black person or countered with a black or Latino pastor who vouches for him. Any remaining qualms can be smoothed over by focusing on the virtue of “authenticity.” Trump doesn’t have handlers. “He is who he is,” and he isn’t going to “pretend to be a born-again altar boy.” It’s all quite refreshing, really.

“Look, folks, Donald Trump is not Pastor Trump,” Brody and Lamb readily concede. But as Jerry Falwell Jr. reminded evangelicals, while Jimmy Carter was a great Sunday school teacher, it was the divorced actor Ronald Reagan who saved the day. Besides, “only God knows people’s hearts.” And we’re all sinners.

Evangelicals understood this. Brody and Lamb take pains to dispute the claims of “evangelipundits” who suggest that “real evangelicals” didn’t vote for Trump. To the contrary, they argue that even as “institutional Christianity—the think tanks, national ministries, media giants, pastors, and activists”—led the #NeverTrump charge, it was “the grass-roots Christian voter” who gave Trump the nomination. Why? When push came to shove, evangelicals knew that Trump was “not ashamed of our Judeo-Christian underpinnings” and that he would “protect Christianity.” From abortion to religious freedom to the Johnson Amend­­ment, Trump “became the ultimate fighting champion for evangelicals.”

Those who want to believe that their Christian faith is compatible with their support for Trump will find plentiful evidence here. All others will likely find many of Brody and Lamb’s claims dubious, at best. But this book is no joke. There may be no better window onto the world of Trump’s evangelical supporters than The Faith of Donald J. Trump. If nothing else, it makes abundantly clear that his supporters are unlikely to waver in their belief that, come what may, God has installed Donald Trump in the Oval Office to “make America great again.”