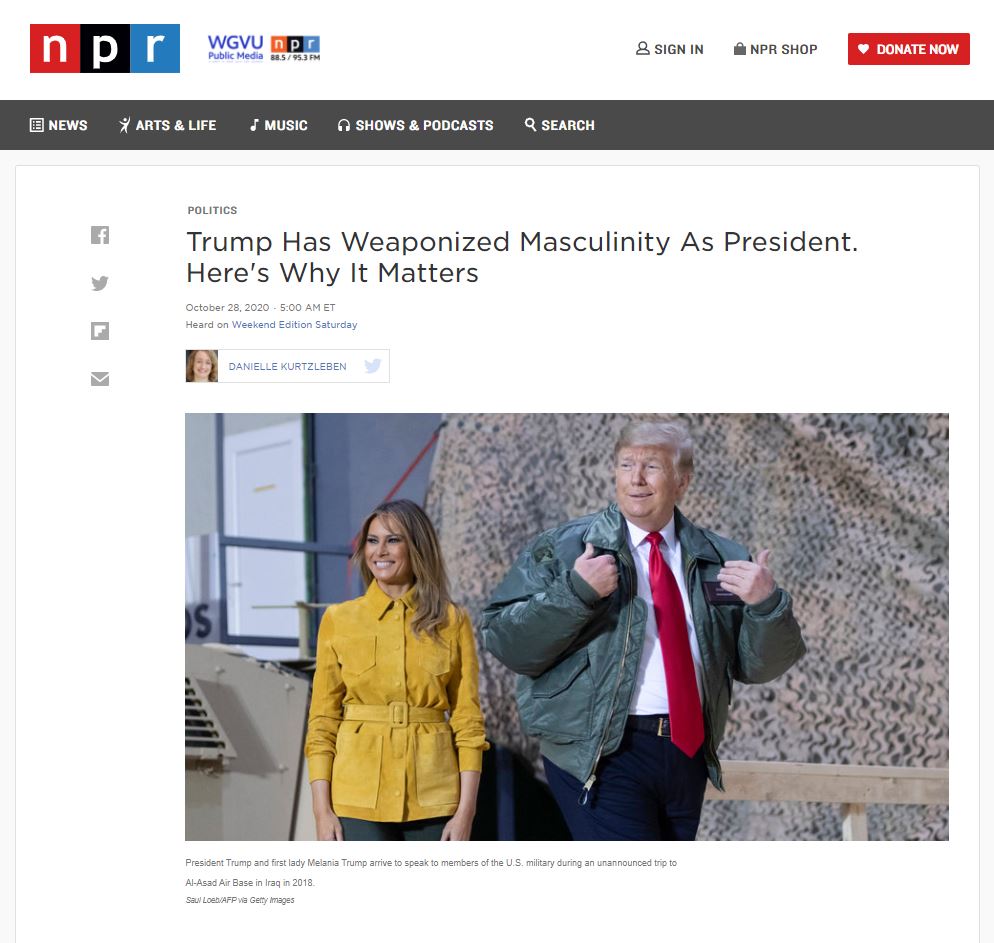 “Trump Has Weaponized Masculinity As President. Here’s Why It Matters,” by Danielle Kurtzleben

Trump’s overt hypermasculinity was a defining feature of his candidacy in 2016, whether he was talking about his testosterone count or his penis size or shrugging off the infamous Access Hollywood tape, in which he talked about committing sexual assault as “locker room talk.” That macho approach went on to define his presidency as well.

“Militancy is at the heart of [Trump’s] identity, and militancy requires enemies, and so his enemies are both foreign and domestic,” she said.

Beyond picking fights with foreign leaders, Trump does so with domestic politicians and the news media. The clear idea that comes across, Du Mez says, is that “compromise is a sign of weakness.”

If the need to appear tough causes a president to not just disagree with but demonize the other party — to belittle them with nicknames like Crazy Nancy Pelosi or Cryin’ Chuck Schumer, for example — it’s easy to see how it could fuel polarization.

It’s noteworthy that President Trump seems to have a gendered pattern to his put-downs: He tends to belittle male opponents as weak, saying they are “cryin'” or “little” or “low-energy,” whereas he often insults women’s looks or casts them as hysterical. Not only that, but he has a pattern of attacking women of color, as NPR’s Juana Summers has reported.

Race is also inseparable from this masculine posturing, according to Du Mez. She pointed to the violent suppression of Black Lives Matter protesters, as well as the defense of Confederate monuments and Columbus Day.