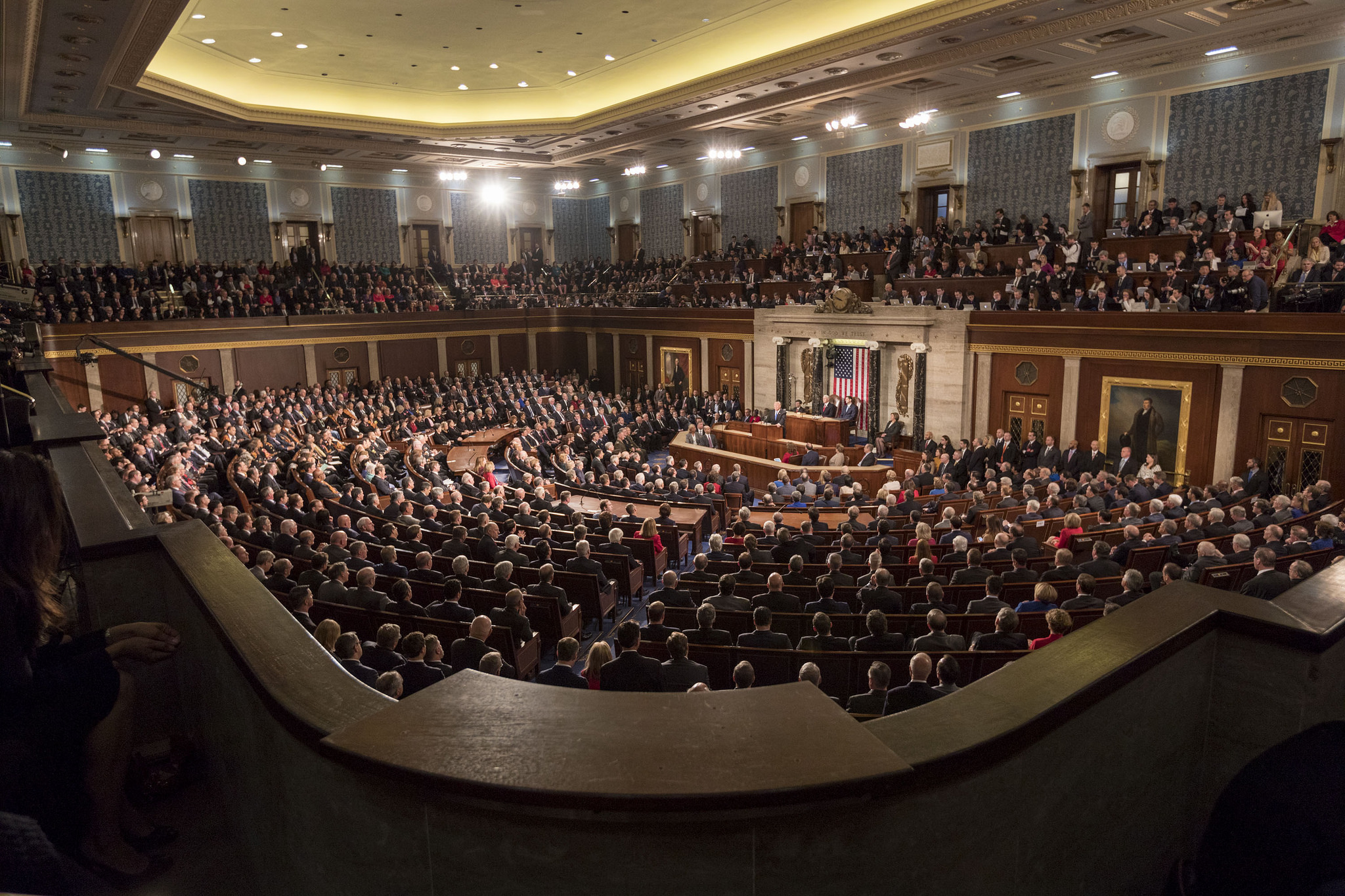 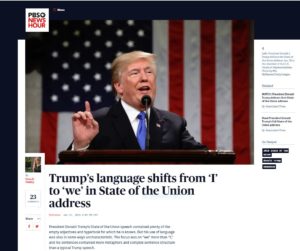 President Donald Trump’s State of the Union speech contained plenty of the empty adjectives and hyperbole for which he is known. But his use of language was also in some ways uncharacteristic. The focus was on “we” more than “I,” and his sentences contained more metaphors and complex sentence structure than a typical Trump speech.

We asked linguists and cultural historians about what Trump’s words say about his message — and how he’s evolved as a speaker since taking the Oval Office . . .

Kristin Kobes Du Mez, a cultural historian at Calvin College who has done linguistic analysis, says this is “precisely the speech we should have expected” a year after a doom and gloom, “American carnage” inaugural address. “Now, one year out, he touts — with characteristic hyperbole — the ‘incredible progress’ and ‘extraordinary success” achieved under his watch,” Du Mez said.

Trump’s Language Shifts from ‘I’ to ‘we’ in State of the Union Address.

Hendry, Erica R. “Trump’s Language Shifts from ‘I’ to ‘we’ in State of the Union Address.” PBS NewsHour, Politics. PBS. January 31, 2018. https://www.pbs.org/newshour/politics/trumps-language-shifts-from-i-to-we-in-state-of-the-union-address