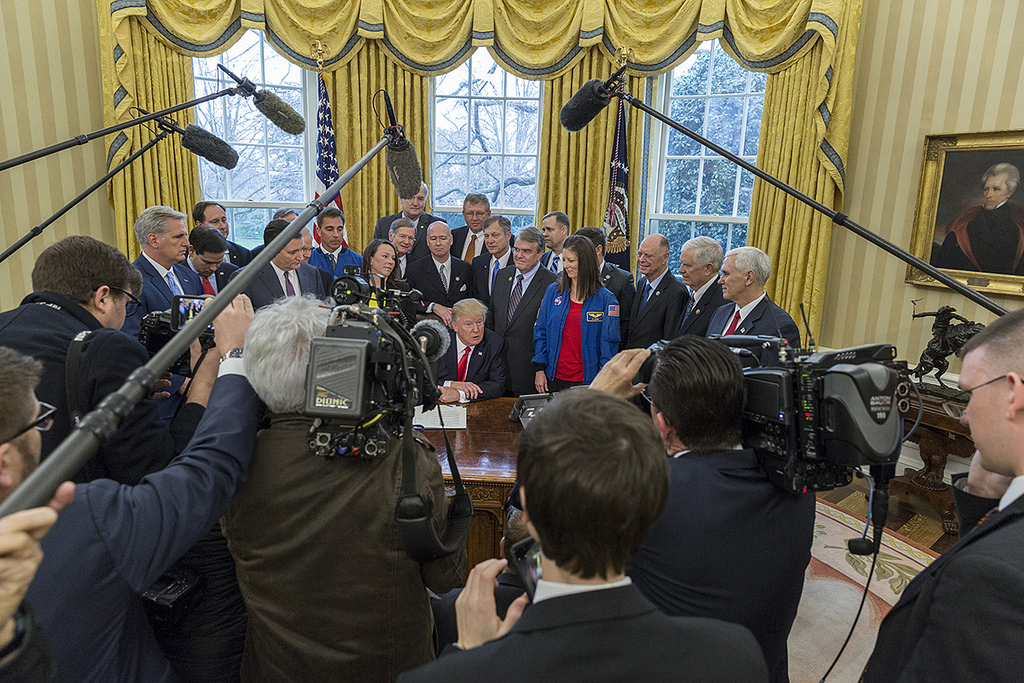 “Words Fail Trump, but for his Supporters, his Message is Loud and Clear”

Interviewed by Lucia Graves of The Guardian from Washington. Published December 31, 2017.

Summary: Language experts have pored over speeches that have translators tearing their hair out and some find his macho bluster surprisingly effective.

Presidents are often remembered for their words as well as their actions but at the close of one of the most tumultuous years in White House history, Donald Trump has linguists scratching their heads.

He is routinely mocked as incoherent, yet gets his message across to supporters clear as day.

Others see it as one of the reasons he got elected.

“I think a lot of his base is counting on the notion that he can be the tough guy and tell it as it is,” Kristin Kobes Du Mez, a Calvin College historian who has done a comparative study of Trump and Hillary Clinton’s speaking styles, told the Guardian. “It very much reinforces this notion of macho leadership.”

Where Clinton was meticulous, offered concrete examples, and qualified her claims, Trump sought to knock all caution and nuance away, rejecting “political correctness”, name-calling his opponents and ad-libbing on stage before large crowds.

“People were drawn to his unorthodox style and his strong masculine leadership,” said Du Mez, who is currently writing a book on evangelicals, masculinity and the rise of Donald Trump. “There’s been a hunger for that aggressive style of leadership, and a belief that a more calm and calculating foreign policy hasn’t gotten us very far.”


Often it seems Trump’s communicative efficacy depends on whether his words are being read or heard.

He is typically most effective as an oral communicator, memorably stirring up passionate rallies on the campaign trail and dominating presidential debates despite a paucity of knowledge and ideas.

“The medium of speech is much richer than the medium of text, and these extra dimensions can be used to make a message clearer and easier to understand, more persuasive or more memorable,” University of Pennsylvania linguistics professor Mark Yoffe Liberman told the Guardian. “But these extra dimensions can also be distracting, annoying, or otherwise self-defeating.”

Trump’s apparent incoherence, in Liberman’s estimation, has two main causes: false starts and parentheticals. Such ticks are considered bad qualities in writing, but, as the linguist points out, they may actually enhance speech by giving an impression of enthusiasm and genuineness.

Graves, Lucia. “”Words Fail Trump, but for his Supporters, his Message is Loud and Clear.” The Guardian. December 31, 2017. https://www.theguardian.com/us-news/2017/dec/31/words-fail-trump-but-for-supporters-his-message-is-loud-and-clear