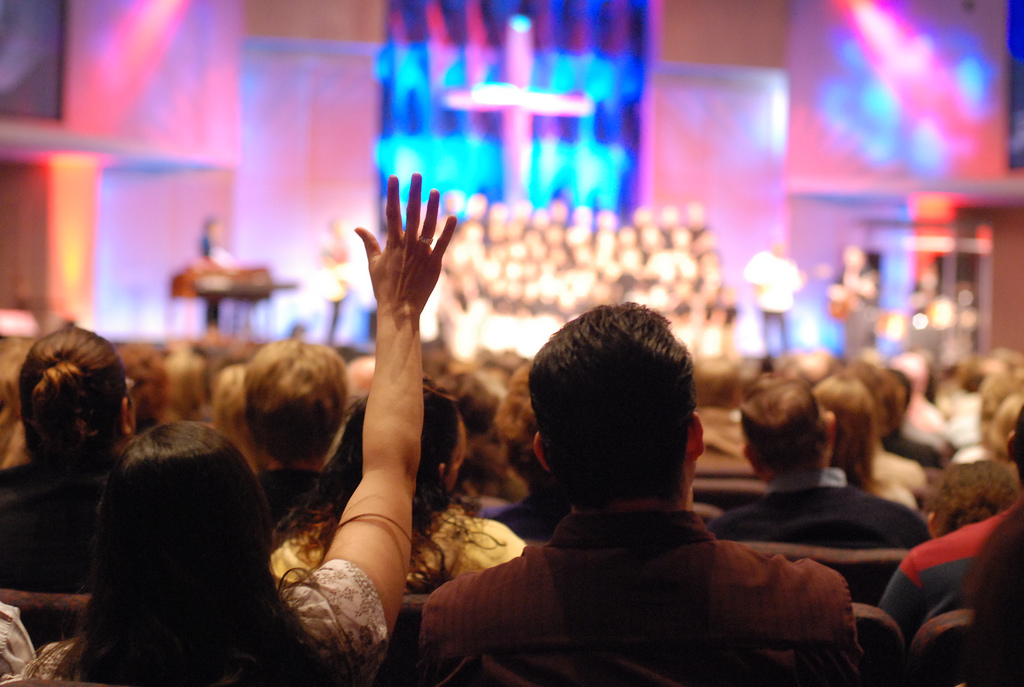 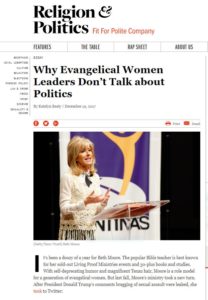 That particular box is winsome—leading from nonthreatening gentleness and warmth rather than direct authority. “Many evangelical women have built their platforms based on an illusion of intimacy,” says Kristin Kobes Du Mez, a historian at Calvin College. “They are their followers’ ‘friends’ and ‘sisters,’ and that illusion of intimacy must be maintained.” As this particular moment is so politically polarized, bringing up politics is risky for leaders whose livelihood depends on retaining followers. After a recent visit to the White House to talk about religious nonprofits and issues affecting families and women, Lysa Terkeurst—president of Proverbs 31 Ministries—assured her Instagram followers, “This wasn’t a political trip. It was just an everyday gal who loves Jesus being given a seat at the table,” even though it’s hard to imagine a visit to the White House, the seat of U.S. political power, that isn’t political. She and other women leaders intuit that “talking politics” may break a friendship; it might also break a 501(c)3 built on the personal brand of a female Christian leader you’ve come to know as your friend.

Economic forces also constrain women leaders who might otherwise speak out. That women with latent gifts and a sense of calling can start their own website, nonprofit, or conference attests to the democratic nature of ministry today. “In the past, a lack of infrastructure would have held them back; but today, women who are gifted to teach, lead, or encourage have opportunity to actualize these gifts in a public way,” writer Hannah Anderson told Christianity Today last year. Anderson notes that this pattern creates an “audience-centric philosophy” in which ministry success means meeting the felt needs of one’s followers. But this places women “more directly at the mercy of the market,” says Du Mez. If Christian women’s needs have been defined as upbeat and encouraging, then “selling” critique, political opinion, or even anything negative will break unspoken but powerful market rules.