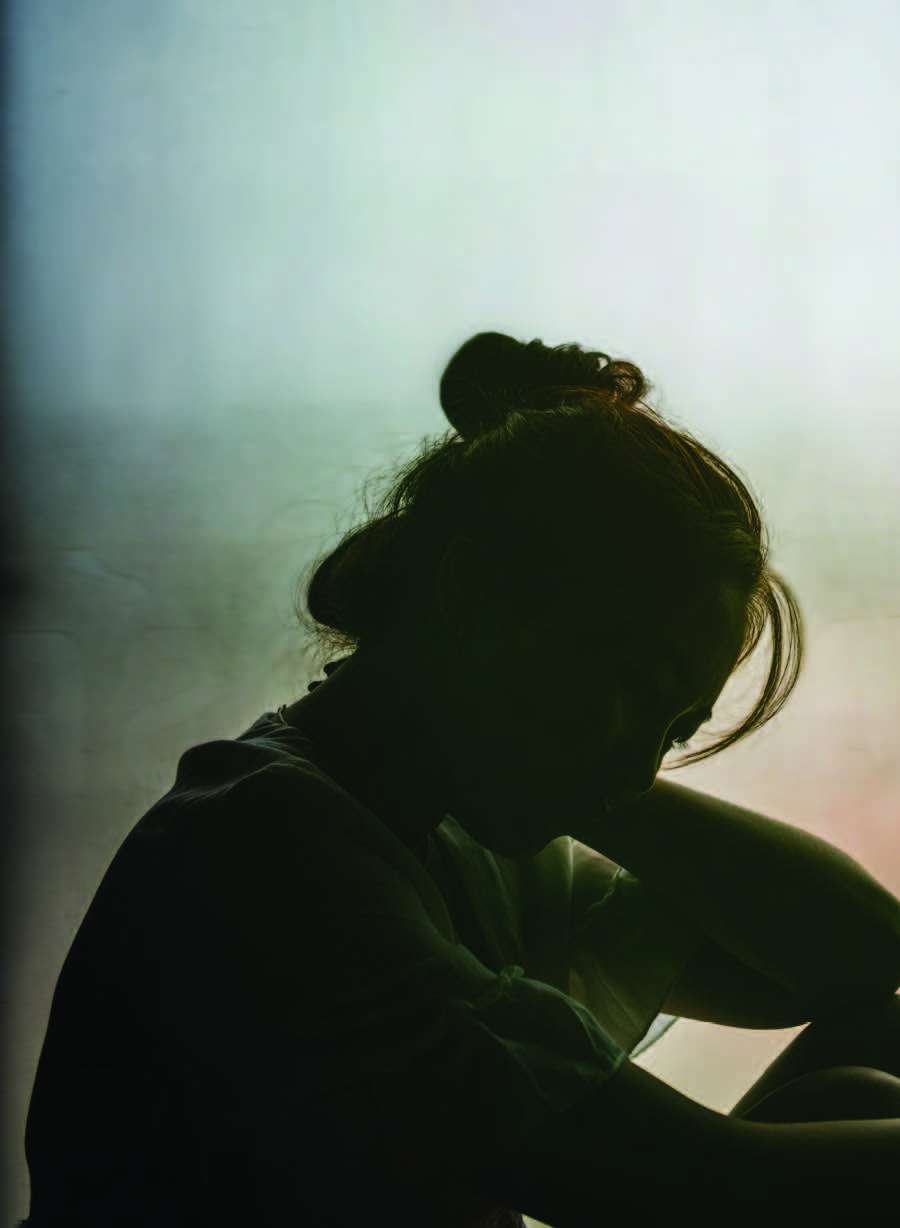 Women Saw #MeToo Coming 100 Years Ago. When Will We Listen?

In 2018, the #MeToo movement came to American Protestantism. Emboldened with the hope that they will no longer be silenced, women are speaking out to expose the misogyny and abuse they’ve long endured in Christian homes, churches, and seminaries.

In recent weeks, controversy swirled around Paige Patterson and the Southern Baptist Convention. As the Washington Post reported, the revered patriarch and now former president of Southwestern Baptist Theological Seminary fell from grace in light of revelations that he’d counseled an abused woman to stay with her husband, provocatively drawn attention to a teenage girl’s appearance, and allegedly instructed a female student not to report her rape, but instead to forgive her assailant.

Upon his removal, Patterson initially received the honorary title of president emeritus and a generous compensation package. Only after widespread public outcry was this offer rescinded.

Two months before the Patterson case made the news, allegations surfaced against Bill Hybels, founding pastor of Willow Creek Community Church. At least seven women accused Hybels of sexual misconduct and abuse of power. Allegations went back decades, but the church had failed to address concerns raised by multiple women over the years.

Hybels eventually resigned, and the elders expressed regret that their “process appeared to diminish the deep compassion we have for all those involved in these matters.”

Just weeks before the Hybels story broke, evangelical pastor Andy Savage was in the headlines. Inspired by the #MeToo movement, Jules Woodson revealed that Savage had sexually assaulted her years earlier. She was seventeen at the time, and he was her youth pastor. When Savage confessed to a “sexual incident” in front of his Memphis congregation, he received a standing ovation.

All of these stories involve the misconduct of Christian men. They reveal how men in positions of authority have abused their power, especially over women. But they also expose the Christian community’s all too frequent inability or unwillingness to name abuse, to hold perpetrators accountable, and to protect and empower survivors.

The magnitude of the problem suggests that this isn’t simply the case of a few wayward men. No, this problem is deeply entrenched in the core values and institutional structures of the church.

In an interview with Christianity Today, Rachael Denhollander offered a devastating critique of the church’s failures on this front. “Church is one of the least safe places to acknowledge abuse,” she insisted; because of “an abhorrent lack of knowledge for the damage and devastation that sexual assault brings,” the church frequently ends up revictimizing survivors.

Denhollander, who has been widely praised for her courage as the first to publicly accuse Larry Nassar of sexual abuse, encountered a very different response when she tried to address abuse within the church. When she raised concerns about the restoration of C. J. Mahaney, the former president of Sovereign Grace Ministries accused of covering up decades of child sexual abuse within his network of churches, she and her husband were told that their church wasn’t the right place for them. Had her own abuser been someone within the evangelical church, she concluded that she would have been “actively vilified and lied about by every single evangelical leader out there.”

In addition to confronting decades of abuse, denial, and disregard for victims in their own churches, American evangelicals in particular must also come to terms with their public witness in light of the broader political context. In the fall of 2016, just before the presidential election and just after the release of the Access Hollywood tapes, a PRRI poll revealed that an astounding 72% of white evangelicals had decided that “a person who commits an ‘immoral’ act could behave ethically in a public roles.” PRRI’s Robert P. Jones dubbed this “dramatic abandonment of the whole idea of ‘value voters’…one of the most stunning reversals in recent American political history.” White evangelical support for Alabama Senate candidate Roy Moore, and in the wake of the Stormy Daniels revelations, continues to bear out this statistic.

All this has left American evangelicals reeling. In the words of Albert Mohler, president of Southern Baptist Theological Seminary, “The terrible swift sword of public humiliation has come with a vengeance.” To Mohler, it seemed the church has suddenly come under siege: “It is as if bombs are dropping and God alone knows how many will fall and where they will land.”

Mohler admitted he was unprepared for “the avalanche of sexual misconduct” coming to light. Although others had warned that Catholics weren’t the only ones with a problem and that evangelicals “had a similar crisis coming,” he’d been dubious. “I did not see this coming,” he confessed. (Perhaps he should have; two years ago, when Mahaney came under fire for covering up abuse in SGM, Mohler seemed to make light of the allegations, and chose that time to offer a ringing public endorsement of his friend.)

Now that the floodgates have opened, many evangelicals are finding it impossible to ignore this moment of reckoning. And many are ready to ask difficult questions:

Why do Christians—those who claim to love “family values,” who claim a superior morality, who boast of honoring and “protecting” women—seem no better (and perhaps worse) than non-Christians when it comes to perpetrating acts of violence against women?

Why have “respectable,” God-fearing Christians so often condoned, excused, or turned a blind eye to the abuse of women in their own churches, institutions, and communities?

Why is the church one of the least safe places for victims of sexual violence?

And, ultimately: Is the problem theological? As Mohler himself asks, is complementarianism “just camouflage for abusive males and permission for the abuse and mistreatment of women?”

Evangelicals may be surprised to learn that this isn’t the first time American Christians have confronted precisely these questions.

A century ago, a woman by the name of Katharine Bushnell took up these issues in a remarkable book, God’s Word to Women. Although few people today remember Bushnell, she was once an internationally-known evangelical anti-trafficking activist. Motivated by her deep Christian faith, Bushnell led a highly publicized campaign in the 1880s to expose the abuse of women in Wisconsin lumber camps, and a few years later she conducted a similar investigation in colonial India into the abuse of local women entrapped in British Army brothels.

In the course of this work, Bushnell was startled to discover that it was often Christian men who were guilty of perpetrating horrific violence against women. Equally troubling, she discovered that “respectable” Christian men and women all too frequently condoned that violence, blaming the victim or simply looking the other way.

What does theology have to do with it?

Like Mohler, Bushnell was ultimately compelled to ask: Is Christian theology to blame?

Searching the Scriptures, she was drawn to passages supporting traditional notions of male headship. As I trace in my book A New Gospel for Women: Katharine Bushnell and the Challenge of Christian Feminism (Oxford, 2015), what puzzled Bushnell was that men who purported to follow Christ—the incarnate God who emptied himself and submitted to death on a cross—did so by claiming power over women. As she understood the gospel message, only a sinner would wish “to exalt himself and have dominion over others”—and he would do so “in exact proportion to the degree of selfishness in his heart.”

Why would the Bible instruct a husband to assert authority over a wife, usurping Christ’s own authority over his servants? Those who interpreted Paul’s words in this way, she concluded, disregarded the “revolutionary ethics of a Christ-like love.” Not one to mince words, Bushnell accused men of essentially giving free rein to their own egotism under the cover of “headship.”

Bushnell did not need to reject the authority of the Scriptures in order to critique Christian patriarchy. She simply compared English translations to Hebrew and Greek texts, and discovered disturbing patterns of mistranslation when it came to key passages about women. From “the curse” of Genesis 3:16 to New Testament passages in 1 Corinthians, Ephesians, and 1 Timothy, she painstakingly demonstrated how traditional patriarchal interpretations relied on faulty translations or willful misinterpretations.

Through the ages, she discovered, Christian men had created and defended a flawed system of theology that made “one half the human family some resplendent glory which the other half is appointed to reflect and manifest forth.” Conveniently, men had then assigned themselves the task of teaching this theology to the other half.

It was, after all, men who dictated that “biblical marriage” robbed women of equality and subordinated their will and wishes to their husbands. And Bushnell posited a direct connection between subordination and abuse: men would feel abused if they were enslaved to a fellow man, she reasoned, and the same was true for women, even if theologians liked to portray women’s subjugation as “the happiest state in which a woman can exist.”

Bushnell rejected the idea that equality and submission could go hand in hand: “The wife cannot obey while recognizing her equality with her husband, without also realizing his injustice.” Bushnell also asserted that male headship was not simply a domestic matter: “Men cannot make unquestioning obedient slaves of wives only”—sooner or later this abuse of power would spill over into their dealings with all women. It was only by repudiating such false theology that women would be free to participate in “the glorious liberty of the children of God.”

Bushnell’s theology was in many ways revolutionary, yet some might be surprised to learn that she grounded her work in a conservative hermeneutic. She insisted that every word of the Bible was “inspired, infallible, and inviolable.” And, when the fundamentalist/modernist controversy swept through American Protestantism, she sided with fundamentalists. Her book received favorable reviews from a number of conservative theologians, including a hearty endorsement published in the Moody Monthly.

The fact that a man in Mohler’s position now finds himself asking if complementarian theology might be to blame for the “grievous sins” coming to light within evangelicalism is significant; conservative Southern Baptists, after all, have enshrined male headship as part of the denomination’s confession of faith.

Yet perhaps too quickly, Mohler answers his own question, insisting that “the same Bible” that expresses God’s “concern for the abused,” also “reveals the complementarian pattern of male leadership in the home and the church.” Bushnell, however, stands in a long line of Christian women who have argued that we don’t need to choose between biblical fidelity and a rejection of patriarchy. And in fact, the former demands the latter.

At this moment of crisis, the church must turn its focus away from its “public humiliation.” Instead, it must confront the harm done to victims of abuse and then consider how its distortion of the gospel has long enabled violence against women and a broad abuse of power in the church. To do so, we must privilege the voices of women, and recall the theology of women in history who all but predicted this reckoning.

Denhollander reminds us, “the gospel of Jesus Christ does not need your protection.” Jesus requires obedience, and “obedience means that you pursue justice and you stand up for the oppressed and you stand up for the victimized, and you tell the truth about the evil of sexual assault and the evil of covering it up.” This will come at a cost, but following Christ always does.