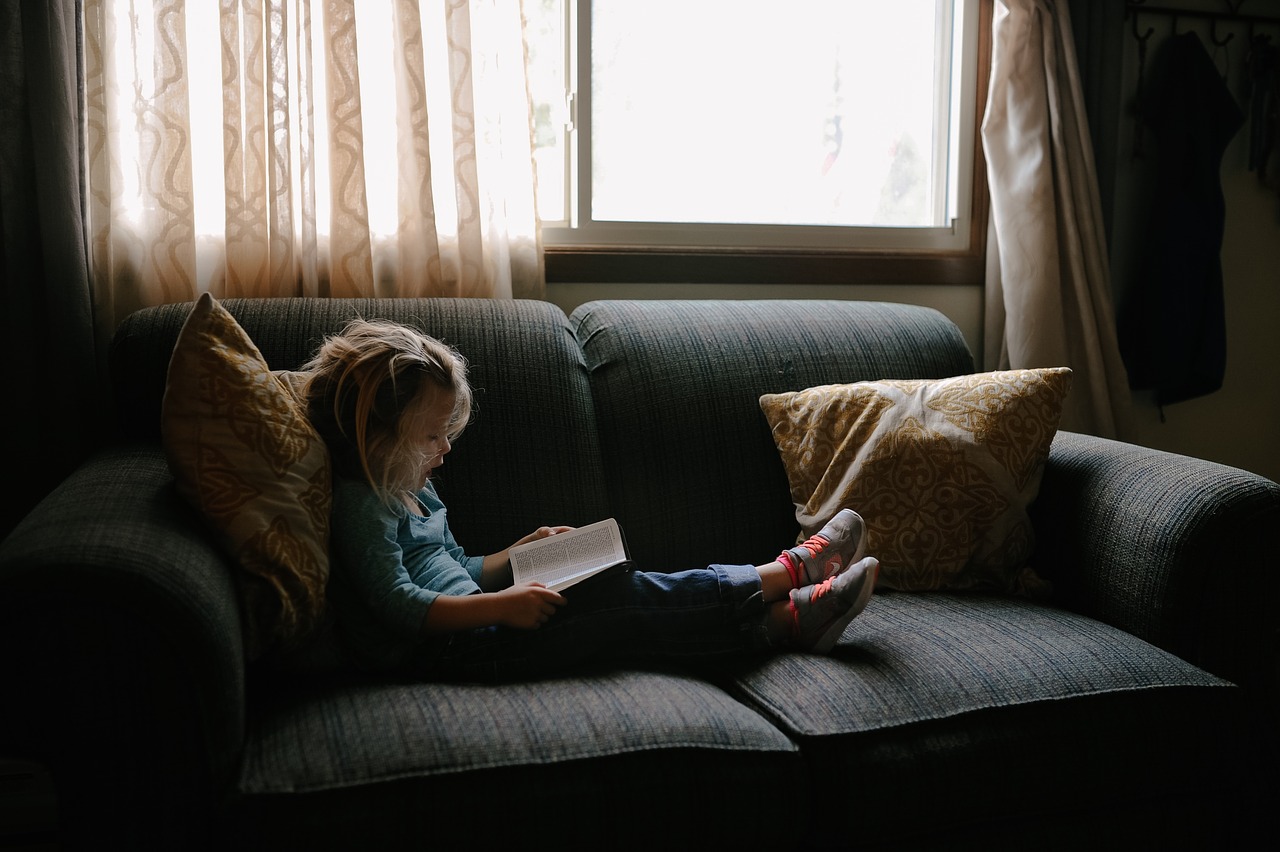 An Open Letter to the ESV Translation Committee

As a historian, I was intrigued when I heard the news that “the Permanent Text of the ESV Bible” had been released. (The English Standard Version, for those not in the know, is an “essentially literal” translation of the Revised Standard Version.) I confess that it seemed a bit audacious to me, this presumption that perfection had been achieved.

I was so impressed, in fact, that I went to the website of the ESV translation project to learn who was responsible for this remarkable accomplishment. I quickly perused the list of names included on the ESV Oversight Committee, and then scanned the list of Translation Review Scholars. At a certain point it dawned on me: having scanned dozens of names, not one woman’s name appeared on any list of those responsible for the translation.

Could this have been an oversight? Surely there were at least a couple of well-trained women who might have contributed to this effort. I’m left to conclude that the exclusion of women was an intentional choice.

But I want to suggest that if your purpose was to produce the most trustworthy translation of the Bible in the English language, if you hoped to achieve an unchanging version that will stand in perpetuity, then your decision to exclude women was a grave mistake.

Don’t take my word for it, however.

Allow me to introduce you to Kate Bushnell. Bushnell was a female biblical translator who has some words of wisdom you might want to take into consideration. (Full disclosure: I wrote a book on Bushnell because I thought it was a travesty that more Christians who take the Bible seriously haven’t heard of this woman, one of the most remarkable in the history of biblical translation and interpretation).

Let me tell you a bit about her. She was born in 1855, studied classics and medicine, and then became a medical missionary to China with the Methodist Women’s Foreign Missionary Society. After three years she returned to the United States, at which point she became involved in social purity work. In modern parlance, she was a pioneering Christian anti-trafficking activist, first in the United States, and then around the globe.

What does any of this have to do with biblical translation? You see, it was in the brothels of Wisconsin, Michigan, California, in British India and across East Asia, that Bushnell repeatedly encountered “respectable,” Christian men who treated women with unspeakable cruelty.

Ultimately, Bushnell was forced to conclude that “the crime was the fruit of the theology,” that something in Christian theology must be amiss.

Essentially, she came to reject a theology that dictated that “the sexual abuse of wife by husband was ordained by God at the fall of Eve,” robbing women of their “will and wishes.” And she recognized that this subordinate marital relationship was easily transferred to all women everywhere.

But Bushnell refused to belief that the God of the Christian scriptures could have subjected women to such a fate. Instead, she looked more closely at those scriptures. Trained in biblical languages, she began to retranslate key passages.

Indeed, she uncovered “a whole fossilized system of theology,” one that glorified men, giving free reign to male egotism under the cover of “headship,” appointing men to teach theology, and keeping women bound in ignorance and oppression.

Were men to blame for this?

The short answer is, yes.

But the longer answer is a little more complex, and here it’s worth listening to what Bushnell had to say about biblical translation.

Quoting F. W. Farrar, Dean of Canterbury, she reminded her readers that “Few are the translators, fewer the exegetes…to abstain from finding in the Bible thoughts which it does not contain, and rejecting or unjustly modifying the thought which are indeed there.

Quoting Canon Payne Smith, she wrote: “Give men what proof you will, but seldom do they find more than what it suits them to find. If what is said agrees with their preconceived notions, well; if not, they reject it.”

And quoting Charles Beard she added: “Men only need to bring to the Bible sufficiently strong prepossessions, sufficiently fixed opinions to have them reflected back in all the glamour of infallible authority.”

The problem was that, for centuries on end, men had claimed the sole right to translate and interpret the Word of God.

Bushnell made clear that even the most well-meaning men (and not all were well-meaning), were unreliable as sole translators and interpreters of the sacred text.

Here’s how she explained it: It was known that a man who lost his way on the prairie would eventually begin to drive his wagon around in circles, as he tended unconsciously to pull with greater strength upon the rein in his dominant hand. So it was with the translator: “He pulls unconsciously on the strong side of preconception or self-interest.” Though such distortion might be unintended, it was “none the less inevitable to the uninspired hand.”Even the most honest and well-trained translator would be bound by his or her cultural presuppositions, and could not “properly render what has not as yet entered in the least into his consciousness as the truth.” It was little wonder, then, that “all versions, having for all time been made by men, should disclose the fact that, on the woman question, they all travel more or less in a circle, in accordance with sex bias, hindering the freedom and progress of women.”

She concluded, then, that although male translators may have done the best they could do, they did not do the best that could have been done.

Here’s what she had to say: “Turn to the Title Page of your Bible…If you have an Authorised [King James] Version, you will read the assurance given to the reader, that the Book has been ‘Translated out of the original tongues; and with the former translations diligently compared and revised.’ If you have a Revised Version of 1884, it will claim to be ‘the version set forth A.D. 1611 compared with the most ancient authorities and revised.’” But “these assurances do not hold good”—at least not “in this case where the status and welfare of one-half the human race is directly and vitally concerned.”

If the goal was to achieve the most accurate, unbiased translation of the Scriptures, it was essential to include both women and men on translation committees.

It was also essential to women to have a seat at that table; only then would their “temporal and spiritual interests receive their due consideration.”

This latter point is worth noting in particular because of the widely-known complementarian bent of your ESV translation team. As you no doubt know, Scot McKnight and Carolyn Custis James have already pointed to the troubling and potentially dangerous implications of the ESV translations.

The new Permanent ESV translates Genesis 3:16 as “Your desire shall be contrary to your husband, but he shall rule over you.”

This translation mandates both conflict and female subordination; both appear to be the will of God. (Take just a moment and imagine how a victim of domestic violence might hear this verse).

As a point of comparison, consider how Bushnell addressed Genesis 3:16. That phrase, she insisted, had “been the cause of much degradation, unhappiness and suffering to women,” and it had instigated “much immorality among men, in the cruelty and oppression they have inflicted upon their wives.”

After a careful study of the ancient Hebrew, she offered an alternate translation: “Thou art turning away to thy husband, and he will rule over thee.” Woman’s sin, then, was in turning to her husband and away from God. Man’s rule over women was not God’s will, but rather a prophetic description of the consequences of that action. It was an unfortunate effect of the Fall, a circumstance in contradiction to created order, an effect of sin redeemed by the work of Christ. (If you find this intriguing, pick up her book God’s Word to Women, or find a more readable synopsis of her key theological arguments in chapters 5 and 6 of A New Gospel for Women).

Bushnell has much more to say on that passage, and on hundreds of other passages that directly affected the status of women throughout Christian history.

I should note that Bushnell was no liberal. Indeed, throughout her life she denounced the evils of modernism and insisted that the Bible was everything that it claimed to be: “inspired, infallible, and inviolable.” (If it makes a difference to you, she was also against abortion…and even birth control. But perhaps not for the reasons you think…)

It appears that you, too, are concerned about the Word of God.

You attest to have taken your charge seriously (1 Timothy 6:20).

But I invite you to consider carefully what Kate Bushnell had to say a century ago.

Take a close look at what female biblical scholars and translators have had to say since that time.

And until you do so, you may want to hold off on enshrining the “Permanent ESV.”