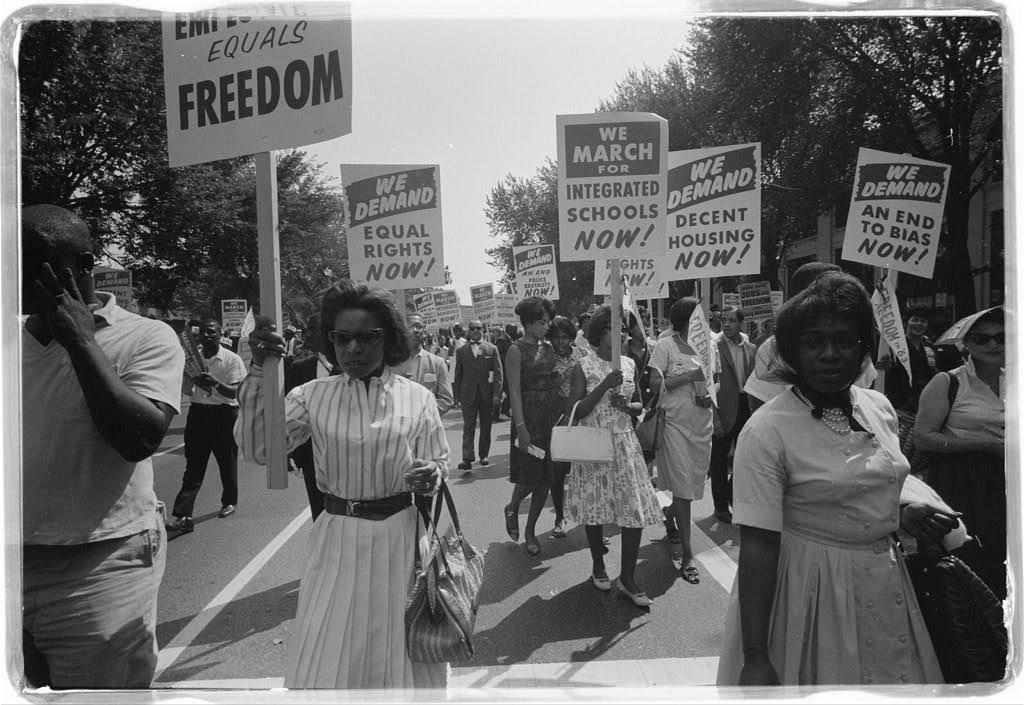 History, Empathy, and Race in America

In the white paper “Measuring College Learning in History” (a surprisingly good read as far as literature on assessment in higher education goes), Lendol Calder and Tracy Steffes discuss the virtues of historical inquiry. “History offers a critical perspective on the present and satisfies a natural longing most people have to situate themselves in a larger context and stream of time,” they write. And “a historical consciousness fosters perspective taking and empathy.”

In the wake of a recent spate of police shootings, historian John Fea reflected on history and empathy. The study of history isn’t just about learning facts, Fea pointed out. It’s really about fostering empathy. Fea included a powerful quote from Cold War historian John Lewis Gaddis: “Getting inside other people’s minds requires that your own mind be open to their impressions—their hopes and fears, their beliefs and dreams, their sense of right and wrong, their perception of the world and where they fit within it.”

As Fea recognizes, it’s critical to know a little history if we’re to have meaningful conversations about race today. We cannot do justice and love our neighbor if we don’t know each other’s stories.

But we need to do more than merely listen to individual stories. As Austin Channing Brown insists, we need to place our own stories within a larger American story.

Allow me to outline just a few key chapters of this larger American story.

We can start with slavery, a time not all that long ago, to begin to understand the deep roots of racial economic disparities in this country. Or we can look to the Jim Crow era, to a time when economic disparity was enforced through both custom and violence, to a time when the best neighborhoods, jobs, schools and hospitals were for whites only, to a time when slave labor was essentially recast as prison labor. In doing so we can begin to trace the multitude of ways in which black Americans have been kept from securing wealth for themselves and their families.

The First World War is also an instructive moment, a time when many African Americans left the South looking for better economic opportunities in the North, where they nonetheless faced residential segregation, job discrimination, and often the hostilities of northern whites. African American soldiers who had fought to make the world safe for democracy, returned to a renewed era of racial violence; in the summer of 1919, 26 race riots broke out across the nation; more than one hundred blacks were killed, and thousands were wounded and left homeless.

And while often overlooked, the Great Depression is also a key moment in the history of American racial inequality. As New Deal politicians designed programs to deal with unemployment and provide social welfare, they deliberately excluded African Americans from these programs. In the words of Ira Katznelson, this was an era “when affirmative action was white.”

Katznelson explains how Democratic leaders needed the support of southerners to pass New Deal reforms. White segregationists negotiated a deal; they’d support New Deal legislation if they maintained local control over federal projects. This meant federal aid in the South would be distributed through a Jim Crow system. Add to this the fact that domestic and agricultural workers were excluded from social security and unemployment benefits, key components of a middle class existence.

World War II and its aftermath is also critical to understanding race in America. Encountering segregation in the armed forces, African Americans were largely denied access to the benefits distributed through the GI Bill (as were nearly all women). Those who were eligible for the generous tuition benefits, low-cost mortgages, and low-interest loans for businesses were frequently denied access to them because these, too, were distributed locally, through the Jim Crow system.

Even when African Americans could secure access to benefits, they often found themselves denied admission to universities, and unable to purchase homes in most neighborhoods.

The Significance of Housing

The case of housing is particularly significant.

Already in the 1930s, when the federal government got in the home loan business, “residential security maps” were used to determine risk levels. High risk areas were outlined in red, and most black neighborhoods were “redlined,” meaning that banks would deny mortgages to people living in them. The inability to secure mortgages, together with discriminatory housing covenants that kept black residents out of other desirable neighborhoods, placed enormous stress on black families and led to the decay of many African American neighborhoods.

What this means in an economic sense is that millions of African American families were denied the right to become homeowners and build financial equity. Instead, they spent a disproportionate percent of their income on rent, or on depreciating properties. This is essentially how “the ghetto” was created.

At least until the 1960s, then, the actions of the federal government exacerbated the socio-economic chasm between whites and blacks.

What difference does this history make?

Armed with an understanding of the larger American story, it remains critical that we continue to listen to each other’s stories.

Tragedy then and Today 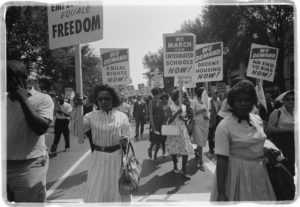 To be sure, recent studies suggest a slow uptick in numbers of Americans who worship in congregations where no single racial or ethnic group makes up more than 80% of the congregation (15% in 1998; 17% in 2006-7, and 20% in 2012, according to the National Congregations Study.

Yet the majority of American churchgoers seem relatively unconcerned about the continuing patterns of segregation in Christian worship. A recent LifeWay Research study found that the majority of churchgoers (53%) disagreed that their church needed to become “more ethnically diverse.” One third (33%) “strongly disagreed” with this statement. Seventy-one percent of evangelicals believed that their church was diverse enough. (Whites were less likely than either African Americans or Hispanic Americans to believe their church needed to become more diverse.)

What does this mean for the body of Christ?

Can a segregated church witness to the Gospel of Christ? In 1960, Martin Luther King, Jr., had this to say: “I definitely think the Christian church should be integrated, and any church that stands against integration, and that has a segregated body, is standing against the Spirit, and the teachings of Jesus Christ, and it fails to be a true witness.”

What does this mean for America?

Here are a few more statistics worth considering. A recent Public Religion Research poll revealed that about 80% of black Christians believe police-involved killings are part of a larger pattern of police treatment of African Americans. Seventy percent of white Christians believed the opposite—that they are simply isolated incidents.

This compares to 65% of whites generally. In other words, white Christians are less likely to believe the experiences of black Americans than whites who aren’t Christians.

In light of recent acts of violence, we have seen many pictures of black and white Americans praying together. And this is a good thing. But it’s not heartening simply because such images attest to the power of Christian love as the source of true empathy, but also because it’s white Christians who most need to be transformed.

If we do not worship together, pray together, live together, we cannot develop empathy for “the Other.”