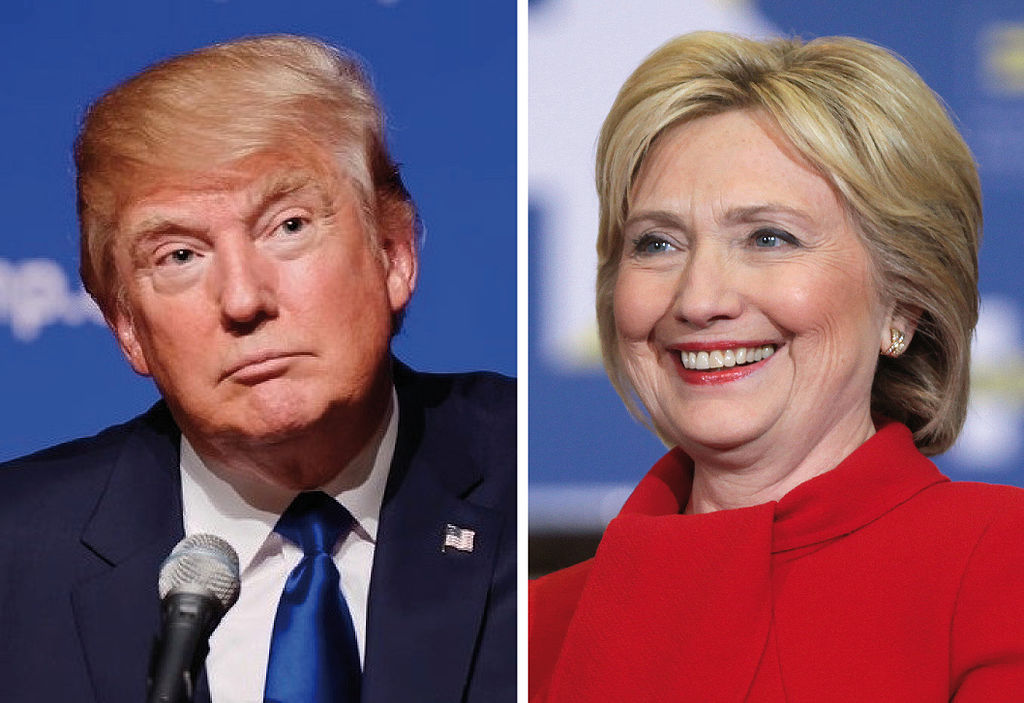 Donald Trump and Hillary Clinton, By Their Words

The national party conventions of the past two weeks have offered us political theatrics, stolen words, and soaring rhetoric.

They also provide us with a moment to reflect on the paths each candidate has taken to secure their party’s nomination. More specifically, to consider the words they have employed to peddle their contrasting visions for the nation’s future.

Here we do so using the tools of corpus linguistics, the study of spoken or written language gathered in corpora (singular: corpus), sample collections of selected texts. For this study, we gathered key speeches given by Donald Trump and Hillary Clinton over the course of the campaign.

We then used antconc, a free corpus analysis software program, which revealed sentence- and word-level features of the text and enabled us to search keywords within both texts.

Here’s what we found.

To begin with, an initial keyword search turned up a significant list of words that were statistically more likely to appear in one candidate’s corpus over the other.

On a grammatical level, this cursory list suggests that Clinton is more likely to use keywords that are substantive and concrete. She mentions men, women, children, Americans, students, and teachers, while Trump uses more pronouns like I, they, me, anybody, somebody,nobody, people and folks.

Clinton also uses stronger verbs like deserve, create, and invest, while Trump uses going, are, got, and is.

When it comes to Trump’s rhetoric, what is perhaps most striking is the frequency with which he references himself. He says I, me, or my 850 times in these seven speeches. (He says I 700 times, me 94 times, my 56 times, mine 5 times, and myself 2 times out of the total 25,722 words in the corpus.) What this means is that 3.3% of his words are self-references, which is a remarkably high figure by the standards of any typical corpus.By way of comparison, Clinton says I 360 times, me 36 times, and my 52 times out of the total 23,089 words, bringing the total percentage of explicit self-references to 1.9%.

Another difference between the two is that Trump, unlike Clinton, refers to himself in the third person. For instance, “Nobody would be tougher on ISIS than Donald Trump. Nobody.” Or, “…the chances of peace really rise and rises exponentially. That’s what will happen when Donald Trump is president of the United States.”

Trump’s narcissism has already been pointed out by others, but it is strikingly distilled even in a cursory linguistic analysis.

An analysis of the candidates’ rhetoric also reveals glimpses into the frequency and manner with which they address matters of religious faith.

To explore this question, we used antconc’s concordance tool to conduct an initial survey. We kept it simple, searching the words God, religion, and faith.

From this search we were able to infer that Clinton talks about faith 12 times in the seven speeches surveyed; in his, Trump mentions God twice.

In four of her seven speeches, Clinton references individuals’ “God-given potential” in connection with her efforts to open up opportunities for people to make the most of that potential.

In her presumptive nomination speech she also quoted from the Pledge of Allegiance, noting that “we teach our children that this is one nation under God, indivisible, with liberty and justice for all. Not just for people who look a certain way or worship a certain way or love a certain way.”

And in two of her seven speeches, Clinton referenced her Methodist faith explicitly.

In her address criticizing Trump’s economic policy, she says: “We are all in this together. And we have a responsibility to lift each other up. As we Methodists like to say, ‘Do all the good you can to all the people you can, in all the ways you can.’” She then went on to explain how she has worked to live out this challenge through her career in public service.

In her Super Tuesday speech, she again drew on her Methodist tradition, on the “strength and purpose” she found in “the values I learned from my family and my faith.” She again cited the Wesleyan mantra to do good for others, and told of her childhood experience volunteering with her Methodist church to watch the children of Mexican migrant workers.

Finally, in three of her seven addresses Clinton concluded her remarks with some form of “Thank you, God bless you, and God bless America.”

So what does Trump have to say about religion?

Trump only mentions God twice in all seven speeches.

In his campaign launch, he says: “I will be the greatest jobs president that God ever created. I tell you that.”

The second instance comes in his speech critiquing Clinton’s foreign policy. After setting up the hypothetical scenario of a Clinton presidency, Trump utters: “God help us.” (A video of the speech reveals an eye roll accompanying this exhortation, suggesting that we can safely assume this is not to be taken as a genuine request for divine assistance.)

By way of recap, then, Trump references himself 850 times in seven speeches, and God twice. (And the latter in dubious fashion).

Given these statistics, one might expect Clinton to be the more popular candidate among voters who likewise sprinkle their conversation with references to God, and advocate the significance of their faith and values.

But this would be incorrect. A recent poll indicates that nearly 8 out of 10 white evangelicals are backing Trump over Clinton.

What should we make of this? What words is Trump speaking that resonate so powerfully with American evangelicals?

To be sure, pollsters do need better working definitions of “evangelicals,” as Thomas Kidd argues. Even so, the numbers are striking.

How, then, might we make sense of this situation? Are there insights religious historians can offer here?

For example, has an embrace of patriarchal power in the church and home situated evangelicals to look for an autocratic patriarch to lead the nation? Has a self-referential trend in contemporary Christianity blinded evangelicals to Trump’s narcissism? Have deep roots in premillennialism made evangelicals more prone to demonize “the Other”? Have “Christian values” long been but a veneer for racism, sexism, or xenophobia? Has Christian nationalism destroyed any semblance of Christian witness? Is this the logical culmination of “corporate evangelicalism”? [Feel free to add your own questions or theories in the comments section below].

Needless to say, getting to the bottom of this conundrum will likely engage American religious historians for a good time to come.