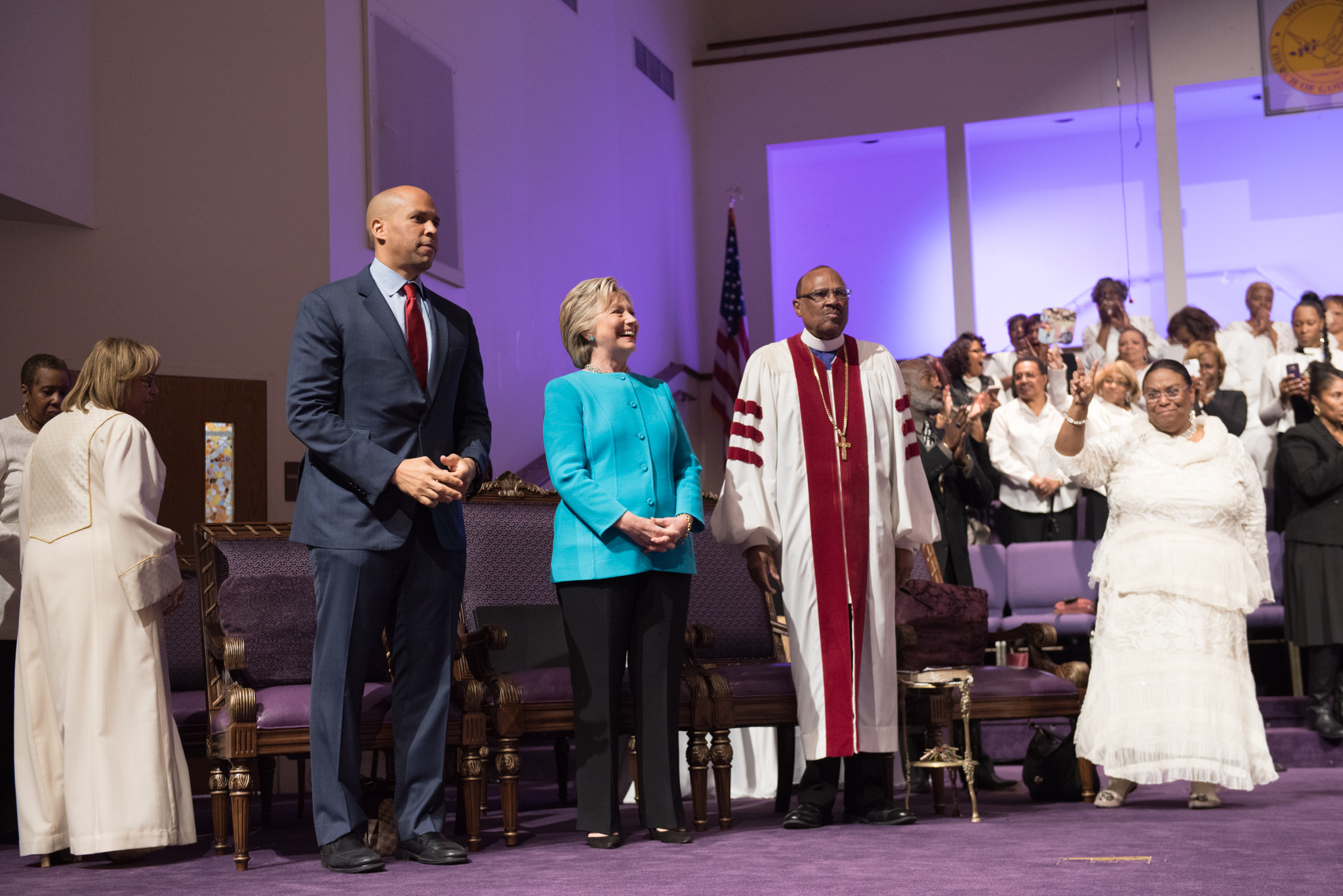 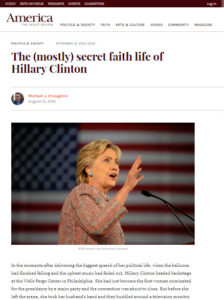 In the moments after delivering the biggest speech of her political life, when the balloons had finished falling and the upbeat music had faded out, Hillary Clinton headed backstage at the Wells Fargo Center in Philadelphia. She had just become the first woman nominated for the presidency by a major party and the convention was about to close. But before she left the arena, she took her husband’s hand and they huddled around a television monitor with her running mate, Senator Tim Kaine of Virginia, and his wife, Anne.

The group stood in silence, watching a feed from the convention platform, where the Rev. Bill Shillady was to offer the final benediction, drawing from a refrain familiar to most Methodists, including Mrs. Clinton. “Do all the good we can, by all the means we can, in all the ways we can, in all the places we can, at all the times we can, to all the people we can, as long as we ever can,” said Mr. Shillady, a Methodist minister who had buried Mrs. Clinton’s mother and married her daughter. The Democratic candidate wiped her eye. . .

It was during her years as first lady, one Clinton biographer argues, that Mrs. Clinton began to feel reticent about discussing her faith.

. . . Kristin Kobes Du Mez, a history professor at Calvin College who is writing a book about Mrs. Clinton’s religious history, points to a 1993 speech in which the first lady called for a “new politics of meaning.” With her husband’s administration in turmoil, Hillary Clinton called on Americans to embrace “a new ethos of individual responsibility and caring” and to recognize that “we are part of something bigger than ourselves.”

The address was panned in the media, and, Ms. Du Mez suggests, remains the reason Mrs. Clinton still shies away from publicly expressing her faith more often. . . .

. . . Ms. Du Mez says Mrs. Clinton’s religiosity can be best perceived through this prism of socially liberal Christianity, both her own tradition and the relationships she has formed with African-American pastors and churches that compose a large part of the Clinton political base.

“Her views on many social issues are absolutely in line with her church’s views, with the possible exception of war and capital punishment,” Ms. Du Mez told America.

That includes toeing the church line on the issue of abortion, says Katey Zeh, an abortion rights activist who has worked for the United Methodist Church. The church’s stance on abortion seems compatible with former president Bill Clinton’s assertion in the 1990s that it should be “safe, legal and rare.”