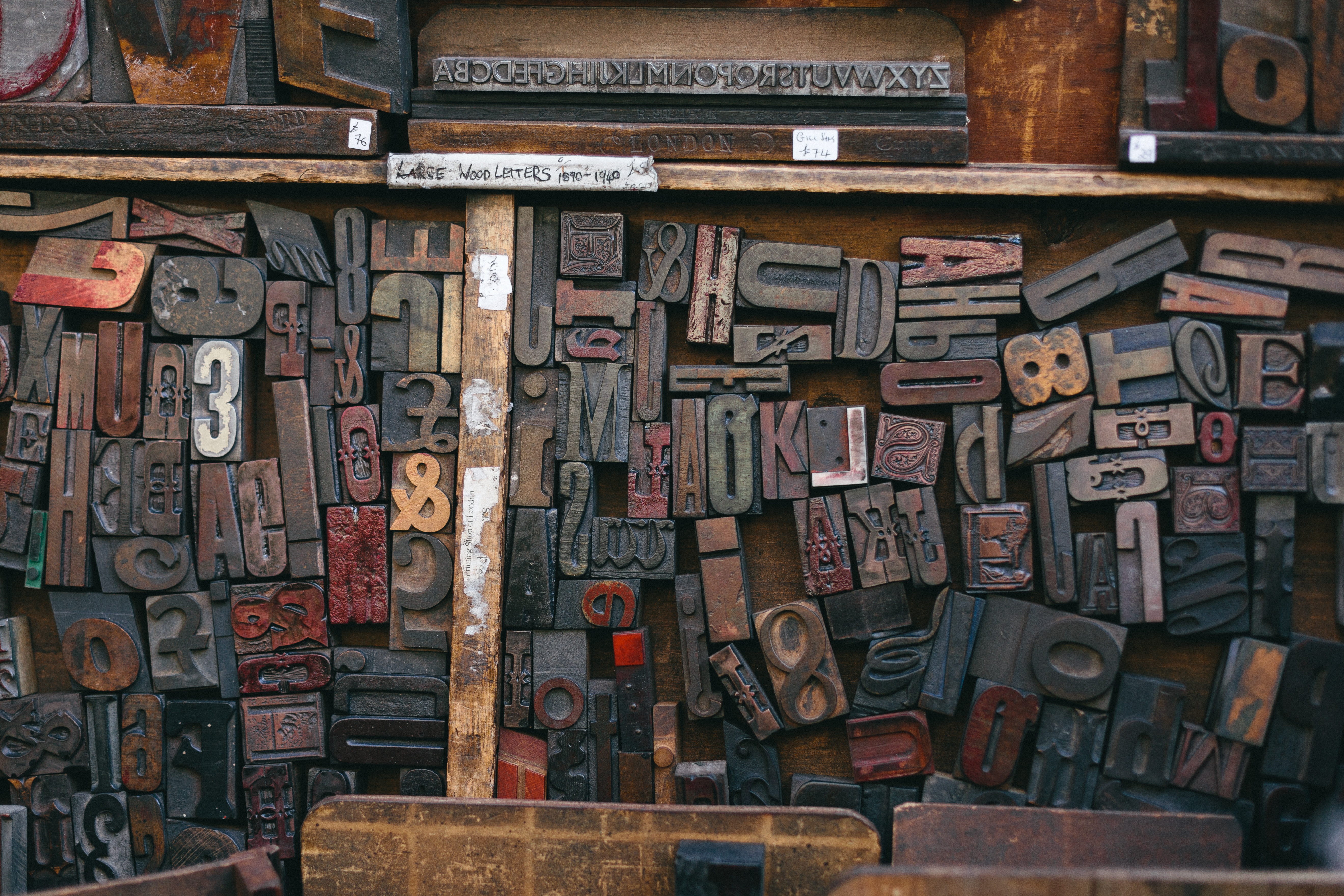 The Reinvention of “Evangelical” in American History: A Linguistic Analysis

Scan the headlines, and it seems that everywhere you look, evangelicals are in the news. From Paige Patterson to the “court evangelicals” to Trump’s most dependable voting bloc, evangelicals have been the topic du jour at least since the 2016 election.

At the same time, there are few words as contested as the term “evangelical.”

How does one define “evangelical”? Can the essence of evangelicalism be expressed through the four “distinctives” first suggested by historian David Bebbington, in his 1987 study of British evangelicalism? (For the uninitiated, those include biblicism, activism, crucicentrism, and conversionism). That’s the definition the National Association of Evangelicals adheres to, and the rubric applied by many historians, pundits, and journalists.

When one defines “evangelicalism” by a set of distinctives such as these, one can find evangelicals the world over. And, in America, a large number of African American and Hispanic Protestants would be included in this category. In terms of describing contemporary American evangelicalism, however–the “evangelicalism” that has captured the attention of journalists and pundits–these distinctives fall short in adequately characterizing the movement.

What’s missing from this static conception of evangelicalism is a sense of how the meaning of “evangelical” has changed over time. To conceive of evangelicalism as a set of convictions or generic practices obscures the fact that there is substance to evangelical commitments—to how evangelicals selectively apply their biblicism and orient their activism, for example. And that substance can change over time, sometimes quite dramatically.

A Historical and Cultural Movement

Thinking of evangelicalism as a historical and a cultural movement invites closer scrutiny to the centrality of racial identity, patriarchal power, and Christian nationalism in shaping the contours of the movement, and to the politicization of American evangelicalism that has occurred over the past half century.

It’s important to realize that this isn’t the first time “evangelicalism” has been a topic of public conversation. And it’s not the first time that the term has been reinvented. In fact, linguistic analysis reveals multiple shifts in meaning, and these shifts often correlate with spikes in public usage. In other words, people talk about evangelicalism more when its meaning is shifting. (Or, the more people talk about evangelicalism, the more its meaning can shift).

According to the Oxford English Dictionary, the term emerged in Germany and Switzerland as a way to distinguish the Lutheran from the “Reformed,” or Calvinist church. In Germany, “evangelical” came to signify Lutheranism specifically, or Protestantism more generally. Circa 1537, the OED reports that “evangelical” also began to signify being “characteristic of the Gospel dispensation,” and did so until 1875. During the 18th century, “evangelical” also came to specify a particular doctrine of salvation by faith, a definition continuing into the 1890s.

Looking to American history, one can observe shifts in the meaning of the term “evangelical” through corpus analysis, the study of linguistic phenomena through analysis of language corpora, or collections of words.

Brigham Young’s Corpus of Historical American English (COHA) is a corpus of 400 million words, spanning 1810-2009. By looking at this corpus, we can see that “evangelical” was in use during the 1810s, but its usage spiked in 1843-1847, during the Second Great Awakening–from 3 instances per million words to 56 instances per million. This spike corresponds with the additional definitions connoting “Gospel dispensation” and salvation by faith reported in the OED. 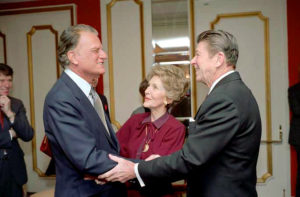 The use of “evangelical” shrank by half in the 1850s and remained steady with small fluctuations until 1919. At that time, with the fundamentalist/modernist controversy sweeping through American Protestantism, its usage reached 55 instances per million once more; for the next six decades the usage returned to an average of 2.27 instances per million, until the 1980s.

“Evangelical” as a Noun

In 1981, with evangelicals emerging as a powerful partisan force in the election of Ronald Reagan, the frequency jumped to 35.82 instances per million and stabilized throughout the decade to an average of 9 instances per million. It was at this point in time that evangelicals as a noun came into widespread use, signifying that “evangelical” had become a defining characteristic of a faith community. (Linguistic analysis demonstrates how adjectives, like black or blonde, can take a noun form when they become the distinguishing features of a group.)

Occasional instances of “evangelical” as a noun appeared earlier; 4 instances per million words in the 1910s, 3 in the 1940s, 2 in the 1950s, and 6 in the 1960s. (In 1942, with the formation of the National Association of Evangelicals, “evangelical” as a noun was referenced in a limited way in popular media; two instances in the 1950s, for example, appeared in a Time magazine article about the NAE.) In the 1970s, with the increasingly partisan political mobilization of evangelicals, the noun form reached 19 instances, and started to appear in magazines such as Harpers. The noun form reached its highest usage in the 1980s, reaching 54 instances per million. A sample from a Time magazine article in 1980 illustrates its usage; noting that “there are 31 million Evangelicals of voting age, whose ranks include all political views,” the article reflects how the rise in use correlated directly with the upcoming election.

For the recent history of “evangelical,” we can look to the Corpus of Contemporary American English (COCA). Similar to the COHA, the COCA compiles over 560 million words. It includes five genres of text from 1990-2017: transcripts of spoken English, academic writing, newspapers, fiction, and magazines. From this data, it is clear the term “evangelical” has just experienced another usage spike. In 1990, usage rose to 28 instances per million, and continued to increase until the term hit 30 instances per million in 2005.

Sample sentences drawn from the COCA suggest reasons for this high contrast; in 2005, for example, USA Today wrote that “After Bush took office, evangelical Christian leaders were the ones able to arrange sessions.” That same year, NBC Dateline reported that “President Bush stays in close touch with the new generation of evangelical leaders.” Such sample sentences again reveal the political connotations of “evangelical.” (While the text sources in the COCA include more major networks in 2017 than 2005—ABC and PBS, for example—the frequency of the term is less; in 2017, the term averaged at 13 instances per million in the COCA.) 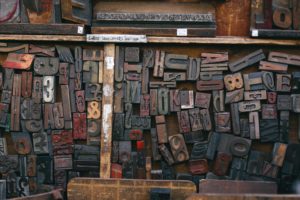 One way to find what “evangelical” connotes today is to scroll through the images and suggested paired terms in Google Images. Trump, Reagan, race, and emotive terms like “angry” are a few suggestions; the images show dynamic worship with hands raised, caricatures of Trump and banner waving, and US state maps. Google assembles these images using collocates–a linguistic term for the usual combination of words or images in specific contexts.

COCA collocations from 1996 forward support the common associations of evangelical with the terms conservative (6.34 MI), megachurch (9.91 MI), and fundamentalist (8.03 MI). (Other racial and regional terms like southern or Latino appear as collocates but are not statistically significant in the COCA, although they appear to be relevant in a Google Image search.)

All of this suggests that the meaning of the term “evangelical” has never been static. Its meaning shifts with its historical context. In contemporary America, “evangelical” has arguably come to connote a politicized movement rather than a specific doctrine of salvation or “Gospel dispensation.”

Perhaps what we’re seeing is a combination of all of the above. Yet it seems reasonable to assume that when Americans self-identify as evangelicals today, many are identifying with the movement as it has taken shape in recent decades–a conservative politicized movement–and not with a static conception rooted in a centuries-old history. For good and for ill.