Kristin Kobes Du Mez is Professor of History and Gender Studies at Calvin University. She holds a PhD from the University of Notre Dame and her research focuses on the intersection of gender, religion, and politics. She has written for the Washington Post, NBC News, Religion News Service, Christianity Today, and Christian Century, and has been interviewed on NPR, CTV, the BBC, and by CNN, the New York Times, the Economist, and the AP, among other outlets. Her most recent book is Jesus and John Wayne: How White Evangelicals Corrupted a Faith and Fractured a Nation. 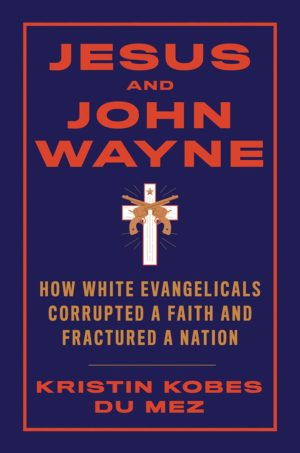 “A stunning exploration of the relationship between modern evangelicalism, militarism, and American masculinity.”  Katherine Stewart

“. . . A scholarly work of history, but it is so well written that it promises to be popular with a wide audience. Highly recommended, especially at this critical moment in religious, cultural, and political history.”  Brian D. McLaren

“. . . A searing and sobering book, one that should be read by anyone who wants to grasp our political moment and the religious movement that helped get us here.”  Darren Dochuk

“Those who legitimately ask “How can evangelicals support Donald Trump?” need to read this book to understand why. An extraordinary work.”  Rev. Richard Cizik

“[A] fascinating study of the rise of militant masculinity among Evangelicals . . . Sure to be controversial, the author’s closely reasoned argument is thoughtful and provoking.”  Booklist

“[An] engaging history of the shifting ideal of Christian masculinity. . . . This lucid, potent history adds a much needed religious dimension to understanding the current American right and the rise of Trump.”  Publishers Weekly

“[A] fascinating and fervent book….a provocative, but insightful and detailed look at the culture and impact of evangelical Christianity today, where The Duke and The Messiah are riding saddle-by-saddle toward some sort of glory.”  Houston Press

“Jesus and John Wayne is a book that America needs now.” The Boston Globe

“brilliant and engaging. . .” The New Republic

“[A] smart, deftly argued book. . . . clearly explicates the way the ‘evangelical cult of masculinity’ has played out over decades.” The National Book Review

“Interesting . . . I hear people say all the time that Trump’s election was a tragedy for evangelicals, but after reading [this] book, I wonder if it isn’t their greatest victory.” Sean Illing, Vox

“A much needed and painstakingly accurate chronicle of exactly ‘where many evangelicals are,’ and the long road that got them there.” Tom Cox, Pittsburgh Post-Gazette

“[An] absolute must-read, a stunning work, and one that deserves serious attention and further conversation.” Joel Wentz, Englewood Review of Books

Excerpts: Given this polarized context, it’s no surprise that leading Democrats have signaled a reticence to confront Barrett on the issue of her faith. Yet the precise nature of her beliefs, how those beliefs shape her judicial philosophy and how they align… 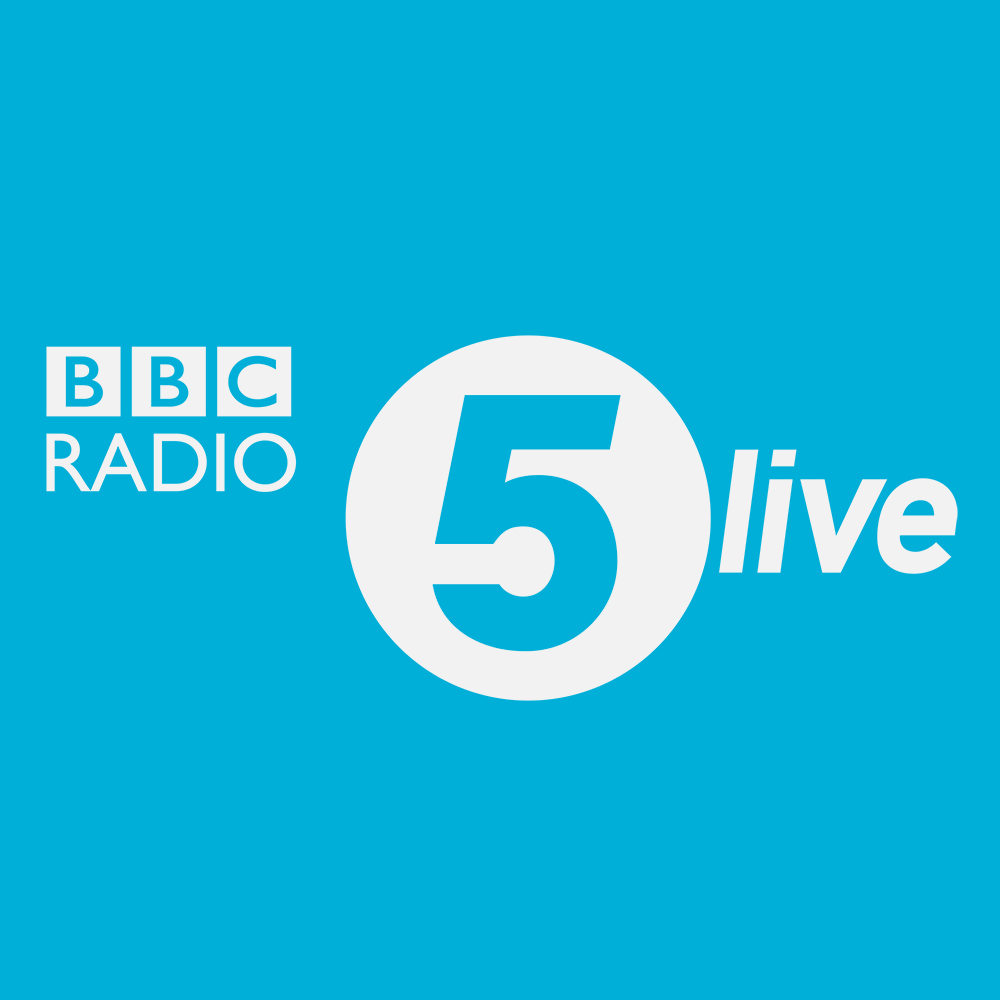 Interview: Vox, “Is Evangelical Support for Trump a Contradiction?” with Sean Illing

Vox, Screencapture, July 12, 2020 Excerpts: . . . I’ve studied evangelicals for a long time and I was watching them very closely during the election and in the aftermath, and I just didn’t see any regrets at all. There…

Interview: NPR, Morning Edition, “Book, ‘Jesus And John Wayne,’ Explores What It Means To Be A Christian Man,” with Steve Inskeep 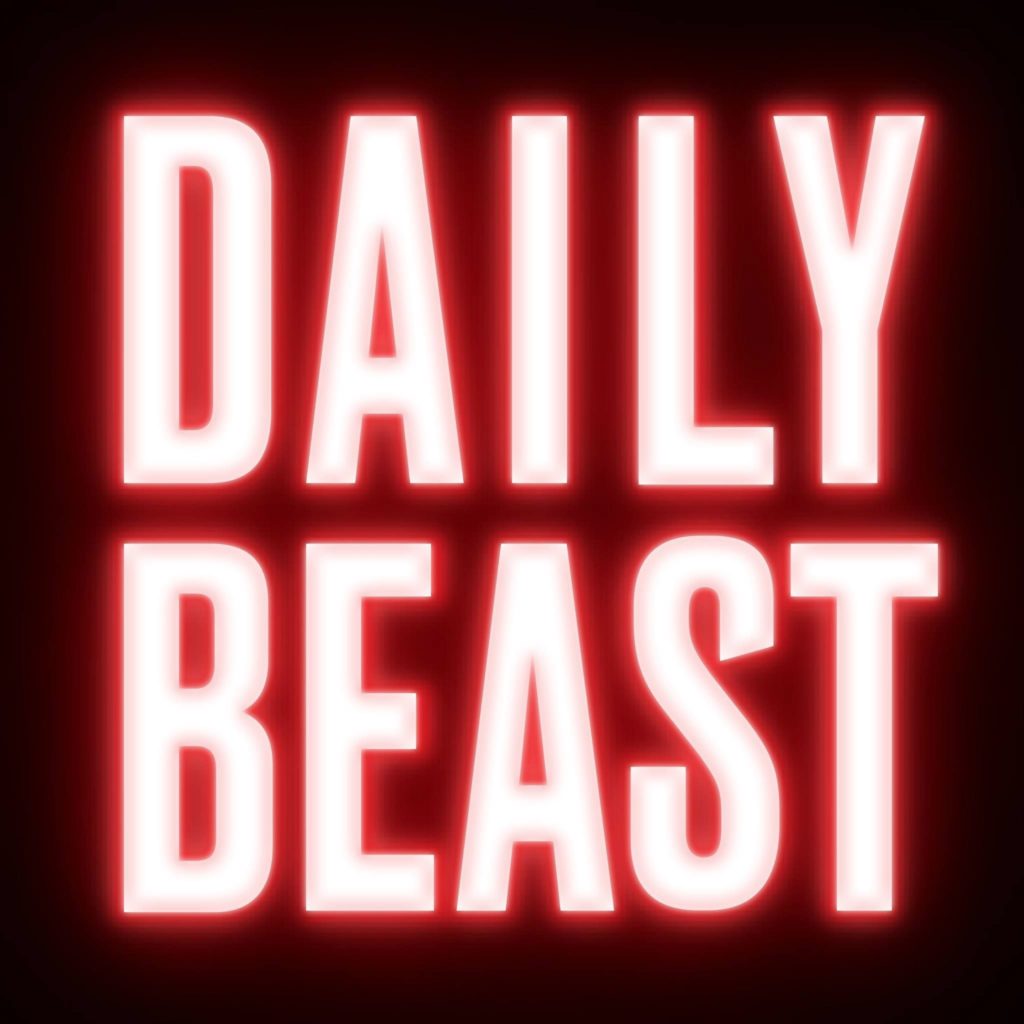 If You Want to Understand White Evangelicals, Tour a Hobby Lobby Store

The Daily Beast. Opinions. June 21, 2020. https://www.thedailybeast.com/if-you-want-to-understand-white-evangelicals-tour-a-hobby-lobby-store Screencapture of Daily Beast. Images/Kristin Kobes Du Mez Excerpt: Scenes of President Donald Trump proclaiming himself the “president of law and order,” urging the deployment of the military to “dominate the streets,” and then… 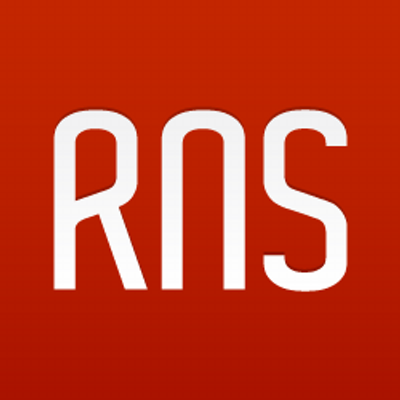 Excerpts: As insurrectionists began the attack on the Capitol, a banner waved above the throng. It read: 'Proud American Christian.' “A mistake a lot of people have made over the past few years … is to suggest there is some… 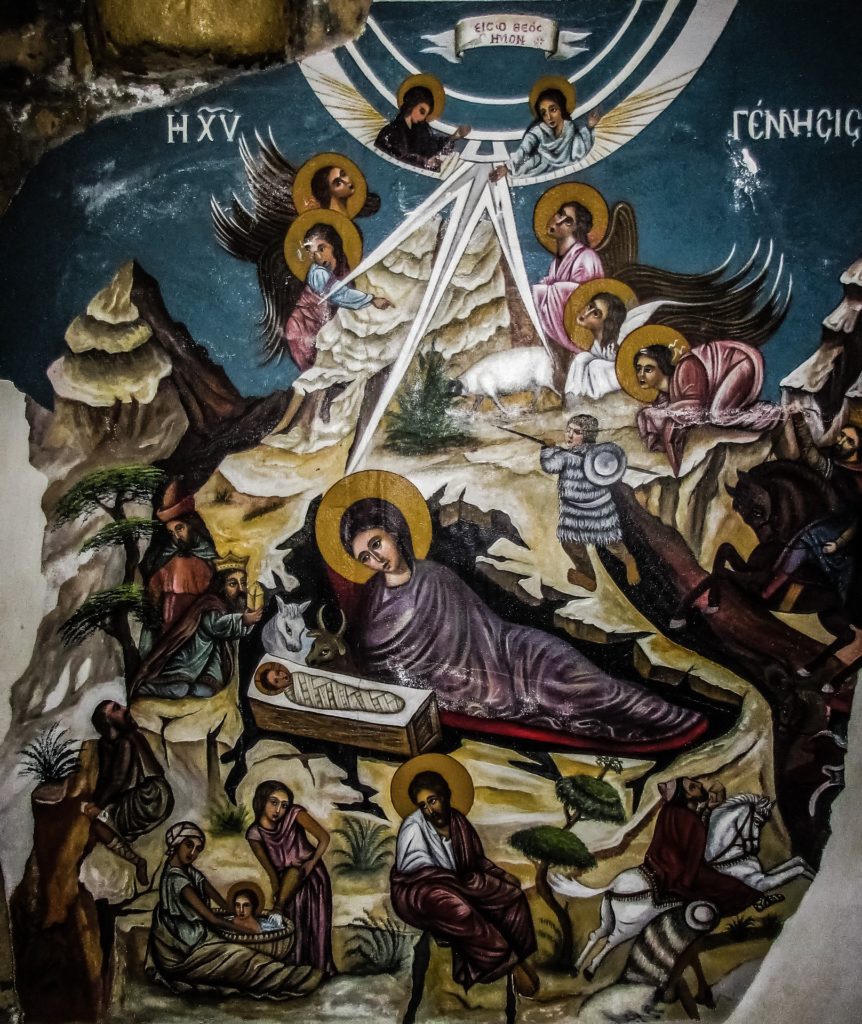 For many of us, this is a Christmas without family celebrations, mall Santas, rousing performances of Handel’s Messiah, and Christmas Eve candlelight services. All is not lost, however. Starbucks has come through with a lovely selection of red-and-green holiday cups, one…

Jesus and John Wayne Selected as one of 2020’s “Most Intriguing Books on Religion,” Religion News Service

Excerpts: Our reading list this year, like the rest of our lives, was colored by the triple whammy of 2020: the pandemic, the racial justice protests and the presidential election. But given the unpredictability of these 12 jam-packed, crisis-filled months,… 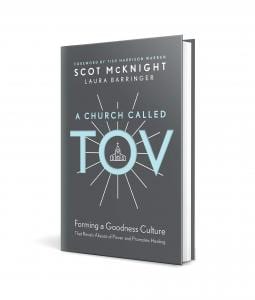 The latest scandal to rock American evangelicalism is more of the same but with a fresh, updated feel. James MacDonald, Paige Patterson, Mark Driscoll, and Bill Hybels, to name just a few evangelical pastors caught up in abuses of power,…

Excerpt: In an absolutely devastating closing chapter (titled “Evangelical Mulligans”) Du Mez traces many accounts of the all-too-frequent public failings of prominent evangelical leaders, and the knee-jerk efforts of those in similar positions of power to defend them while invalidating…

Excerpts: When Donald Trump powered his way to presidential victory in 2016, defying the expectations of many polling experts, it quickly became evident that White, self-identifying born-again or evangelical Christian voters were among the most crucial components of his winning…

Excerpts: Many who read this book, and this review, for that matter, will find Du Mez’s thesis harsh and culturally charged. It is. Whether or not readers agree with all of her arguments, Jesus and John Wayne offers discerning evangelicals the opportunity…

“Trump Has Weaponized Masculinity As President. Here’s Why It Matters,” by Danielle Kurtzleben

Weekend Edition Saturday, Audio File Excerpts: Trump's overt hypermasculinity was a defining feature of his candidacy in 2016, whether he was talking about his testosterone count or his penis size or shrugging off the infamous Access Hollywood tape, in which he talked about committing… 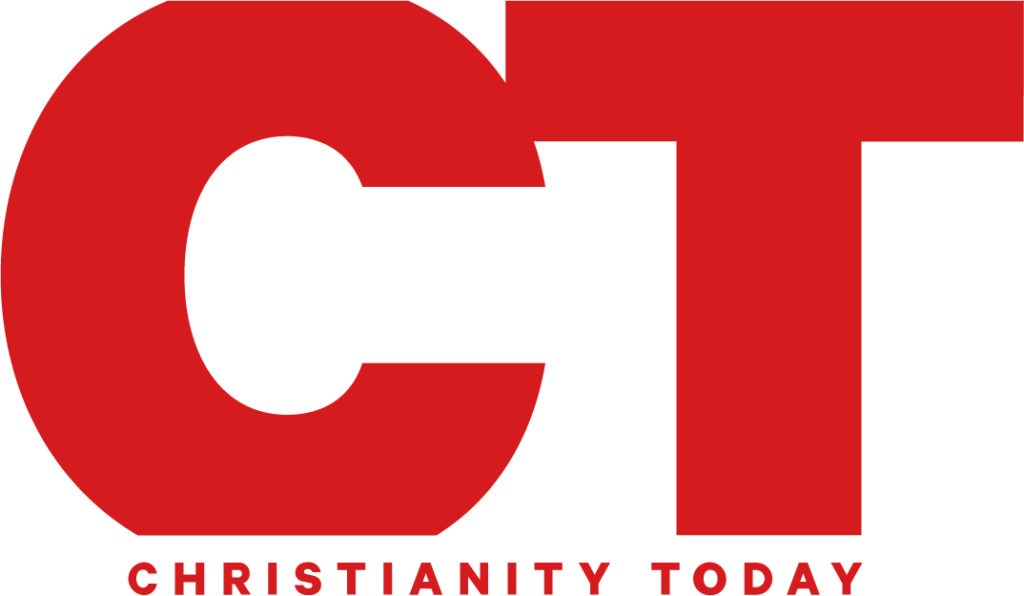 Excerpts: In her recent book, Jesus and John Wayne: How White Evangelicals Corrupted a Faith and Fractured a Nation, Calvin University historian Kristin Kobes Du Mez situates Gothard and Piper in a long line of white, alpha-male leaders whose devotion to…

About - Centre for Public Christianity https://podcasts.apple.com/au/podcast/an-evangelical-election/id280786104?i=1000495578475 81% of white evangelicals voted for Donald Trump in 2016. Will that be the case this November? In the second of our two episodes on the upcoming US election, we explore the statistic…

Excerpts: Given this polarized context, it’s no surprise that leading Democrats have signaled a reticence to confront Barrett on the issue of her faith. Yet the precise nature of her beliefs, how those beliefs shape her judicial philosophy and how they align… 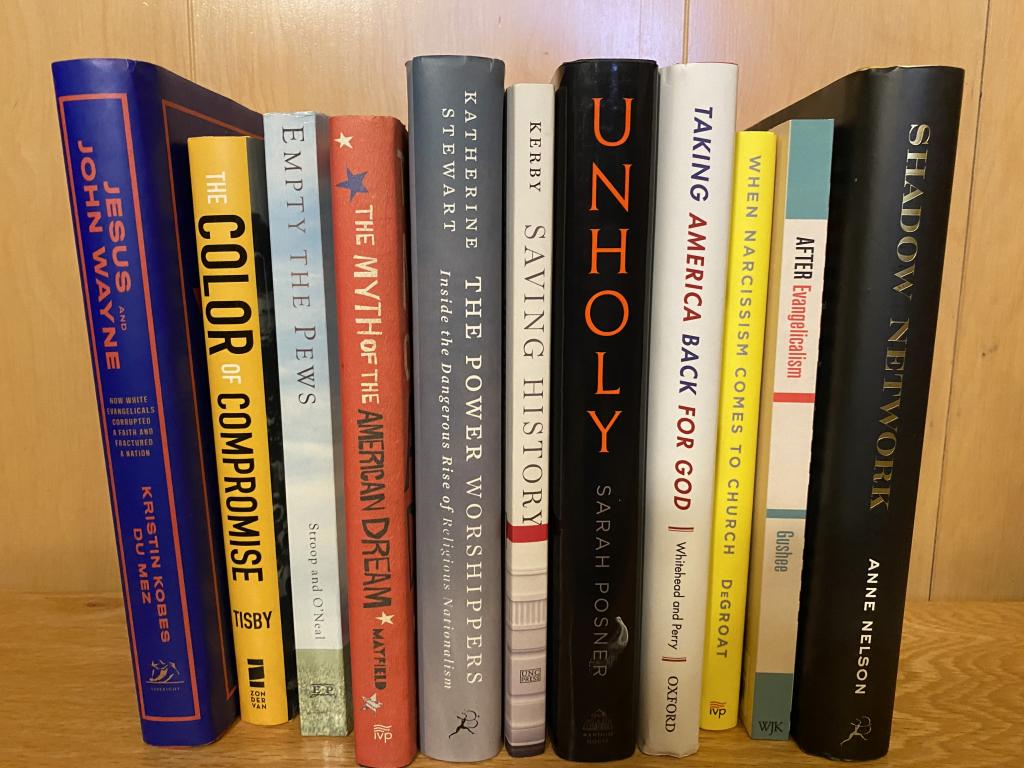 We’re three months out now from the release of Jesus and John Wayne, and it’s been a whirlwind of remote talks, podcasts, interviews, and even a couple of documentary film crews. One of the reasons I’ve had so many opportunities to… 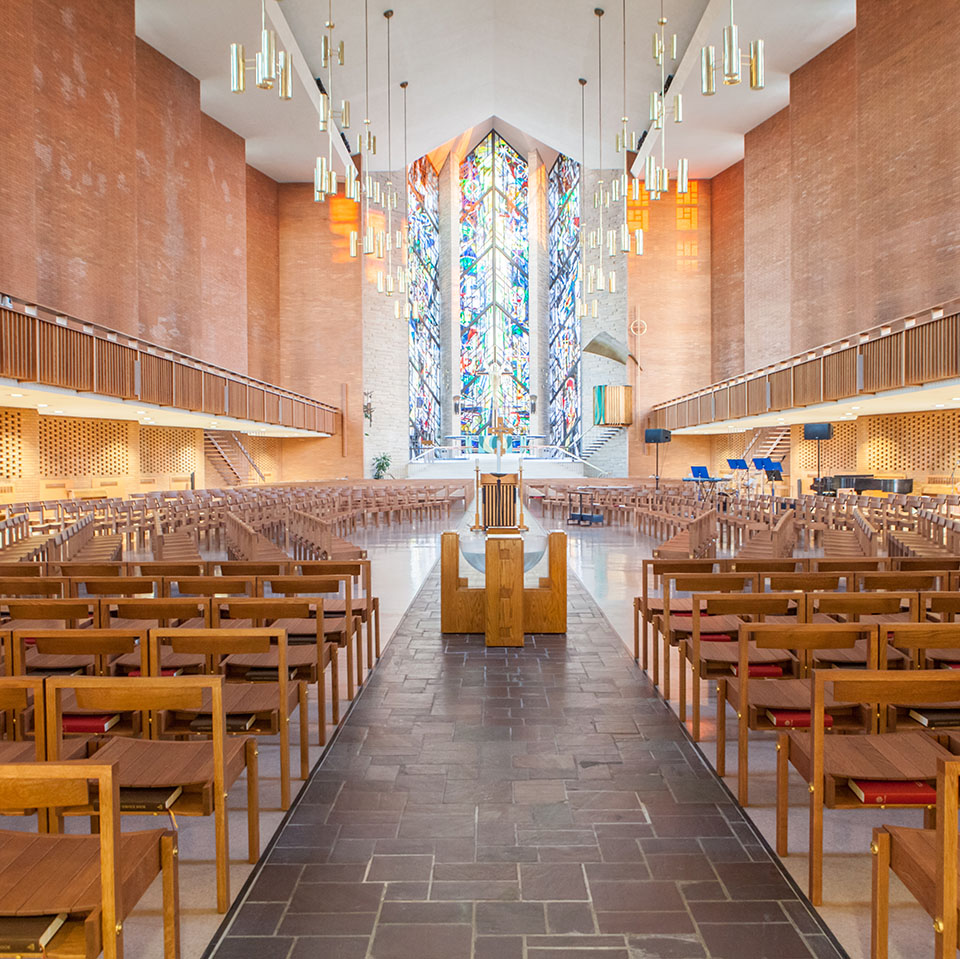 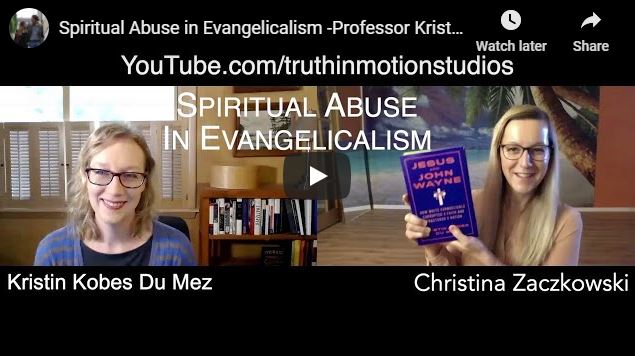 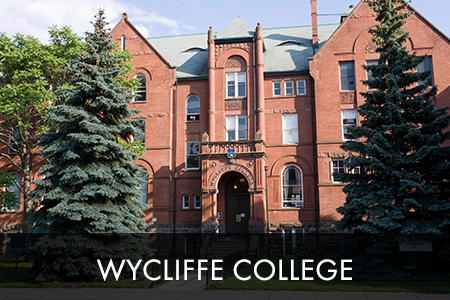 Interview: Wycliffe College at the University of Toronto, “Jesus and John Wayne.”